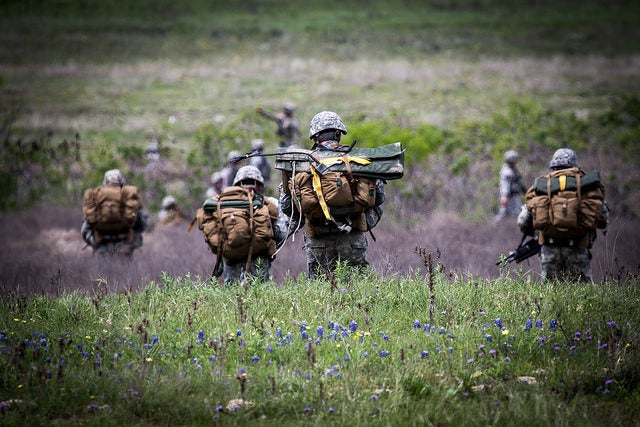 Defense policy bills taking shape in Congress provide little hope in preventing the Army from dropping to 475,000 active-duty soldiers by the end of fiscal year 2016. The House and Senate Armed Services committees have both accepted an Obama administration plan to reduce active, Army Guard and Army Reserve end strength. The result would be a cut of about 15,000 active, 8,200 Guard and 4,000 Reserve soldiers between Oct. 1, 2015, and Oct. 1, 2016. The revised defense plan calls for the active Army to bottom out at about 450,000, but there is a risk of falling as low as 420,000 if Congress and the White House are unable to reach agreement on spending and revenue priorities. Chairman of the Joint Chief of Staff Army Gen. Martin Dempsey was asked May 6 if he was worried about the safety and security of the country if Army strength continued to drop. Dempsey replied that Army Secretary John McHugh and Army Chief of Staff Gen. Raymond Odierno “have a plan that they have put forward where they say they can meet the national security interests at 450,000 active and they have numbers for the Guard and Reserve.” Dempsey said he has “supported them in that.” That doesn’t mean, he said, that the risk to the nation isn’t greater at 450,000 troops than it would be at 490,000. “In the current budget scenario, we cannot do that,” he said.