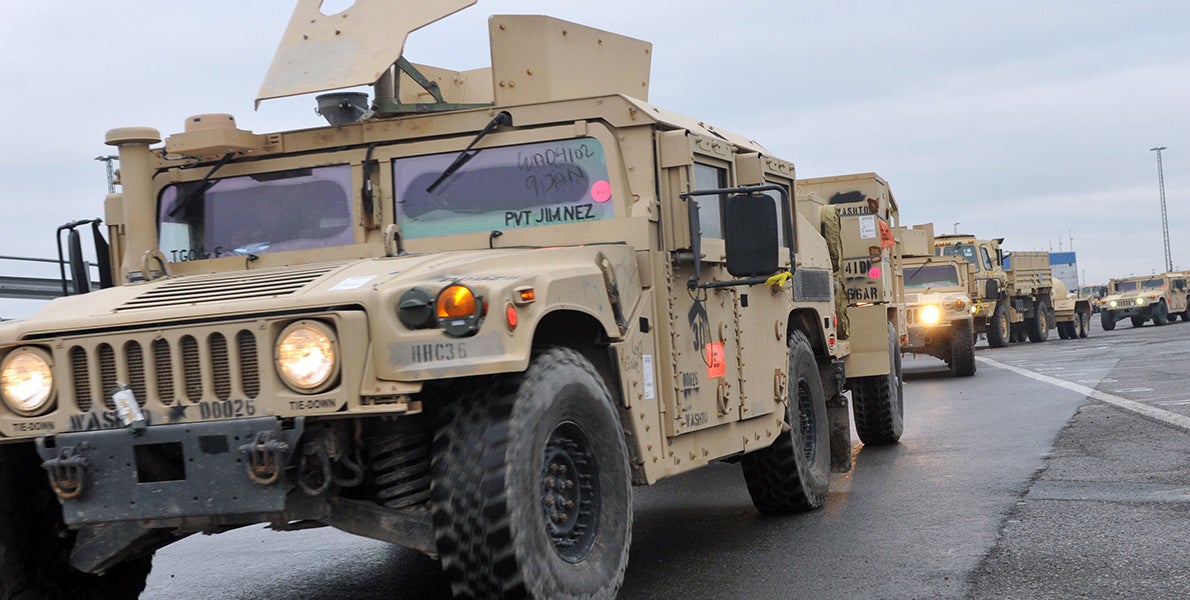 The Army stands to lose $801 million in funding for vehicles and equipment as part of a Defense Department reprogramming.

The Army funding was considered important, filling validated needs, when Congress approved the 2020 defense appropriations bill last year, but the Pentagon notification of the diversion of funds says the Army programs do not need money right now. “Funds are available because they are early to current programmatic need,” the Pentagon says, adding that prior year funding for the programs has not yet been fully spent.

The $201 million for Army tactical vehicles was earmarked for Army National Guard Humvees and for expanded mobile tactical trucks, and it was money that was specifically added to the 2020 appropriations bill by Congress. In a report on the 2020 funding bill, lawmakers said the Humvee funds were needed to modernize and recapitalize the vehicles to “like new” condition with upgrades. This would “reduce sustainment costs and logistics challenges otherwise created by obsolete, inefficient and less capable parts,” lawmakers said.

The Pentagon now claims the vehicles aren’t needed. “The procurement of legacy vehicles is inconsistent with the goals to modernize the tactical and support vehicle fleet in support of the National Defense Strategy.”

Rep. Mac Thornberry of Texas, ranking Republican on the House Armed Services Committee, questioned the DoD plan, saying, “Congress has the constitutional responsibility to determine how defense dollars are spent.”

“We take the Pentagon’s recommendations seriously during our deliberations, but the final decisions are contained in the bills passed by Congress and signed into law,” said Thornberry, who announced earlier this year he would not seek reelection. “Once those choices have been made, the Department of Defense cannot change them in pursuit of their own priorities without the approval of Congress.”

Taking money from the Army is not new. Last year, the Defense Department shifted $361.7 million from 11 construction projects at 10 domestic Army bases for other purposes.