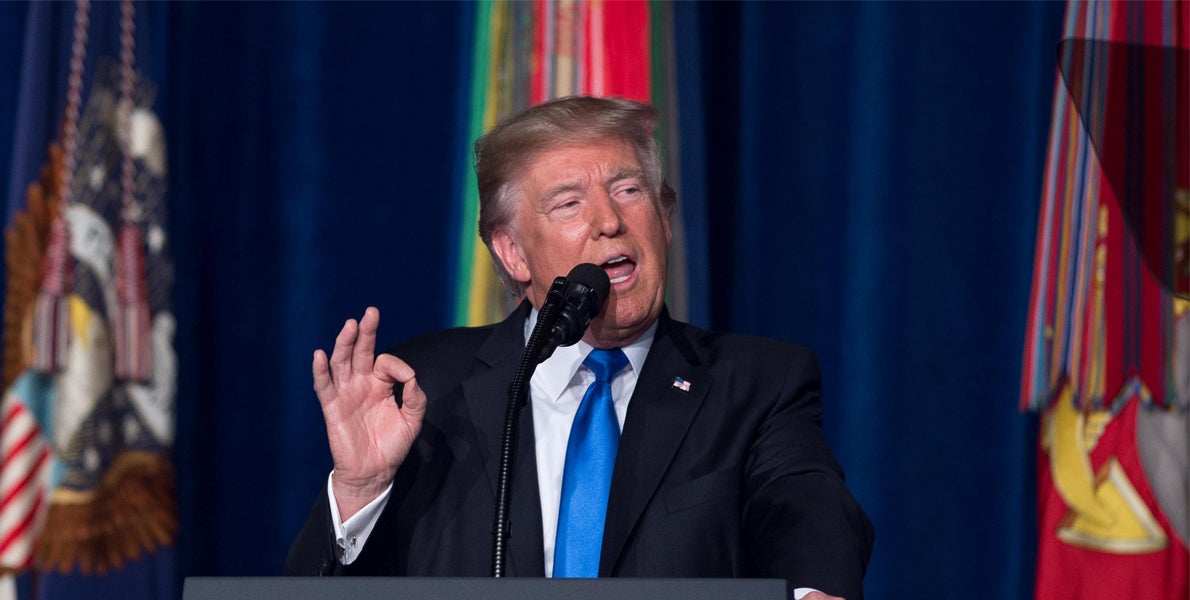 President Donald Trump expressed gratitude for service members in his televised address on Afghanistan, saying the nation “has produced a special class of heroes whose selflessness, courage and resolve is unmatched in human history.”

Speaking at Fort Myer, Va., to a crowd that included uniformed service members from every branch of the armed forces, Trump offered praise. “The men and women of our military operate as one team, with one shared mission and one shared sense of purpose. They transcend every line of race, ethnicity, creed and color to serve together and sacrifice together in absolutely perfect cohesion,” he said. “That is because all service members are brothers and sisters. They’re all part of the same family. It’s called the American family.”

Describing service members as being “bound together by common purpose, mutual trust and selfless devotion to our nation and to each other,” Trump said: “The soldier understands what we as a nation too often forget, that a wound inflicted upon a single member of our community is a wound inflicted upon us all. When one part of America hurts, we all hurt. And when one citizen suffers an injustice, we all suffer together. Loyalty to our nation demands loyalty to one another. Love for America requires love for all of its people.”

“The young men and women we send to fight our wars abroad deserve to return to a country that is not at war with itself at home. We cannot remain a force for peace in the world if we are not at peace with each other,” he said. “As we send our bravest to defeat our enemies overseas—and we will always win—let us find the courage to heal our divisions within. Let us make a simple promise to the men and women we ask to fight in our name, that when they return home from battle, they will find a country that has renewed the sacred bonds of love and loyalty that unite us together as one.”