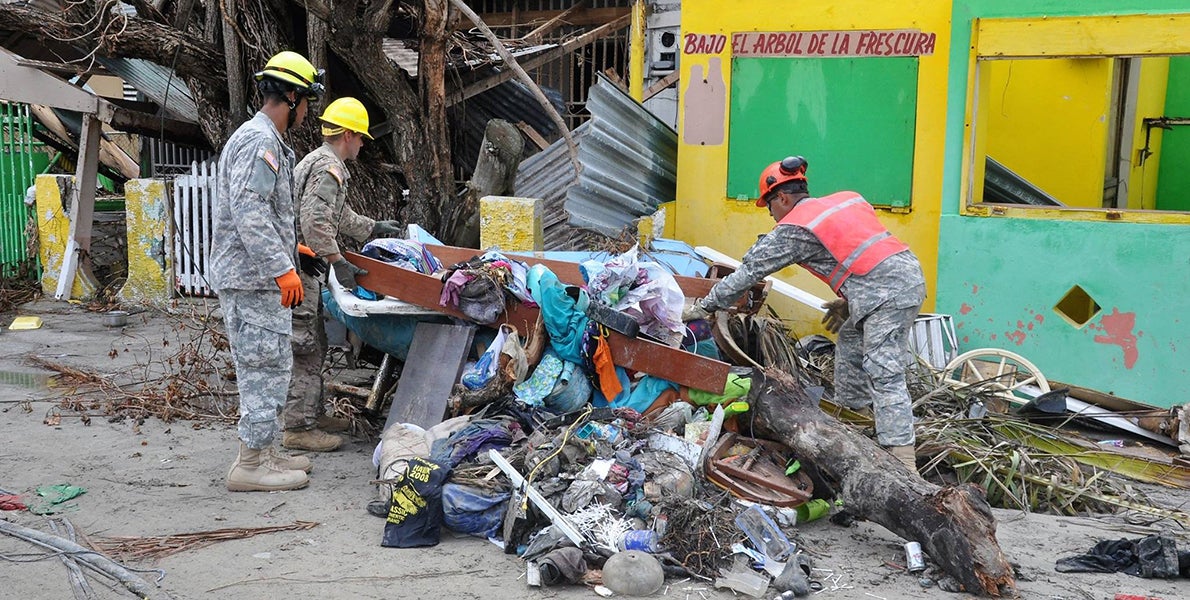 More than a million homes and businesses in Puerto Rico have had their power restored, but over 450,000 remain without power more than four months after Hurricane Maria destroyed the U.S. territory’s power grid.

The U.S. Army Corps of Engineers Task Force Power Restoration, in a joint effort with the Puerto Rico Electric Power Authority, the Federal Emergency Management Agency and industry partners, is managing the efforts of some 4,000 personnel on the island to restore power to the remaining customers, according to an Army news release.

"Our joint teams have been working hard for months and this is a significant milestone. We now have a large amount of steady materials arriving every week, which will aid in our efforts," Task Force Power Restoration Commander Col. John Lloyd said. "USACE is committed to the restoration of power for the people of Puerto Rico, and we will continue to press forward until the mission is complete."

Progress is being accelerated with the continued arrival of restoration workers and support staff from electric companies throughout the U.S. Some 750 are in Puerto Rico and more than 300 are set to arrive over the next few weeks, along with hundreds more bucket trucks and transformers that are being airlifted from electric companies across the country.

In addition, 1,000 more contractor line personnel will arrive on the island by Feb. 1. Together, these resources will bring the restoration workforce to nearly 5,500.