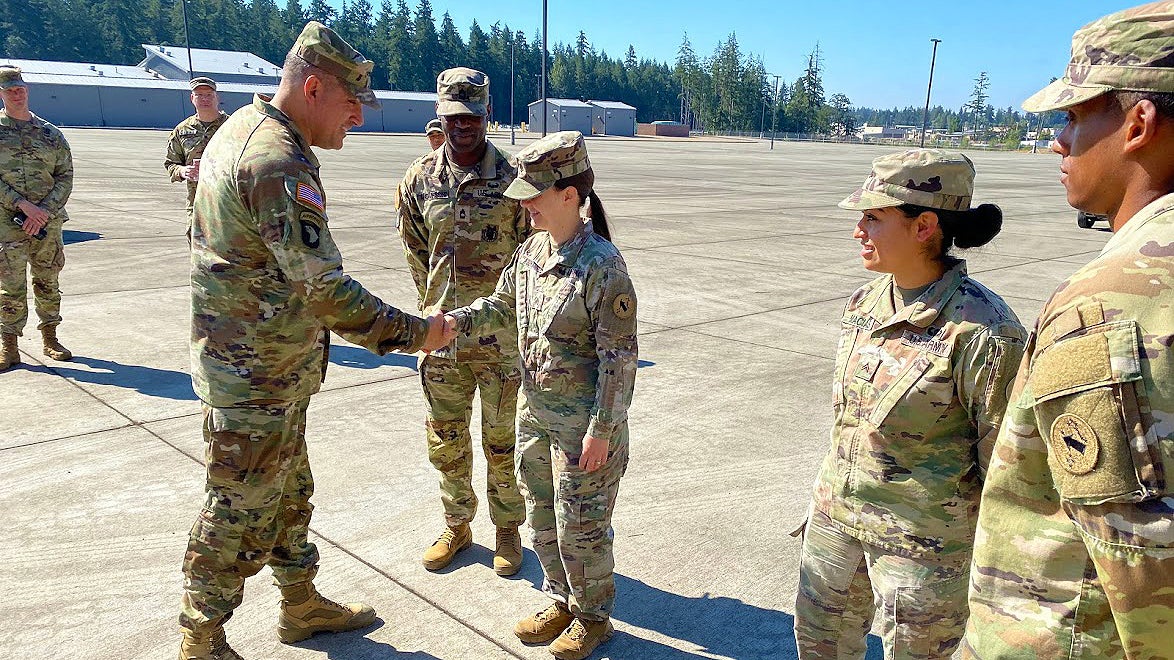 Army leaders at every level must get back to knowing the soldiers in their formations and reestablishing the “human-to-human contact” that was lost during the COVID-19 pandemic, a senior commander said.

Gen. Andrew Poppas, commander of Army Forces Command, said Sept. 15 at the Maneuver Warfighter Conference at Fort Benning, Georgia, that the only way to ensure a trained and ready force is through “engaged leadership.”

In an impassioned call to leaders, Poppas reminded members of the audience that leadership is a 24/7 task.

“When you get out there and you have that person-to-person contact, you understand who they are. Lieutenants, sergeants major and NCOs, I’m looking at you, because that starts at 0630 every morning at [physical training] formation,” said Poppas, who took command of Forces Command on July 8.

Poppas evoked the “People First” strategy unveiled in September 2019 by Gen. James McConville shortly after he became the Army chief of staff. The strategy is complemented by the “This is My Squad” initiative launched by Sgt. Maj. of the Army Michael Grinston to promote unit cohesion by encouraging soldiers to get to know one another better.

Army leaders, Poppas said, have a need to know everything about the individuals in their squads and know them well enough to sense dynamic changes that come with bad or good nights, where they live or who their families are.

“You should know where they live and have been there. You want to know where they live. Take the time to do that,” he said. “It’s understanding what their desires are, their strength, their weaknesses, and how to complement that within your own formation in order to do that. And I know it works. I've seen it.”

Engaged leadership, Poppas said, “is out there. We’re not broken.” Rather, leaders must be the ones to “drive the institution to get there.”

“The Army is a people organization, and it’s the human dynamic that changes the way in which we fight,” Poppas said. “Those are some of the intangibles of a war.”