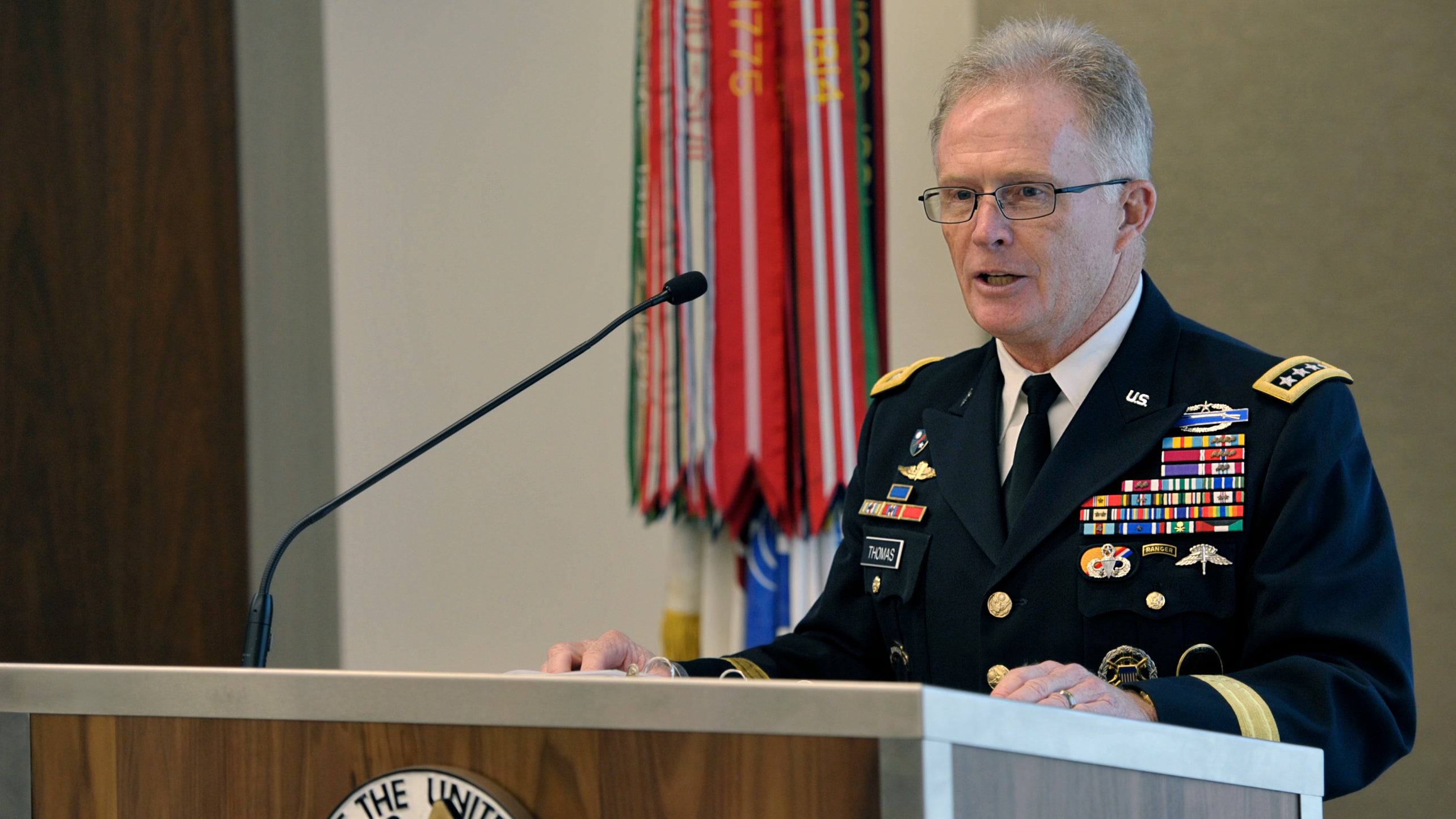 Flexibility and trust are required for the Army to gain superiority in the cyber domain, a top Army general said Dec. 13.

The speaker at a cyberwarfare Hot Topic event hosted by the Association of the U.S. Army’s Institute of Land Warfare wasn’t a cyber officer. It was Gen. Raymond A. Thomas III, U.S. Special Operations Command commander, who said the Army needs to address cyberwarfare just like it does any other warfighting. It must build flexible and responsive teams, trust commanders to employ capabilities on strategic, operational and tactical levels, and be quicker in approving and executing missions.

The U.S. has a risk of falling behind, Thomas said. While the Army grapples with adherence to process, laws and regulations, Russia, China and Iran “are not inhibited” in how they attack and exploit their adversaries in the cyber domain, he said.

Thomas praised the Army for cyber capability advances but warned “the limiting factor around cyber effectiveness continues to revolve around policy and process.” The speed of decision-making and action “must keep pace with the speed of war,” he said.

“Our approvals are based on old paradigms. There are acknowledged strategic levels of approval which apply, but they should be the exception. It really boils down to trust,” he said, emphasizing the need to give commanders the authorities they need to employ cyber at the strategic, operational and tactical levels.

Thomas, a career special operations officer, said the Army’s investment in building cyber capability “speaks volumes,” and is akin to the investments made in special operations forces, who can get the resources and people they need in an acquisition process that enables success because it’s fast.

Army cyber has established a pilot program to directly commission cyber experts. Thomas said this is the “type of innovative model we must use to get the right cyber experts into our force; it recognizes that the right people, the right team members will not always come out of traditional recruiting commissioning programs.”

The best cyber person, he said, “may not be a marathon runner or a CrossFit fanatic. We have to be OK with this. The most effective manning of our cyber force will ensure that special operations forces and other maneuver forces conduct their missions more effectively with less loss of life and less collateral damage.”

The next AUSA Hot Topic symposium, scheduled for Feb. 28, will focus on Army air and missile defense. Learn more here.