Piggee: Logistics Will Be Contested in All Domains

Piggee: Logistics Will Be Contested in All Domains 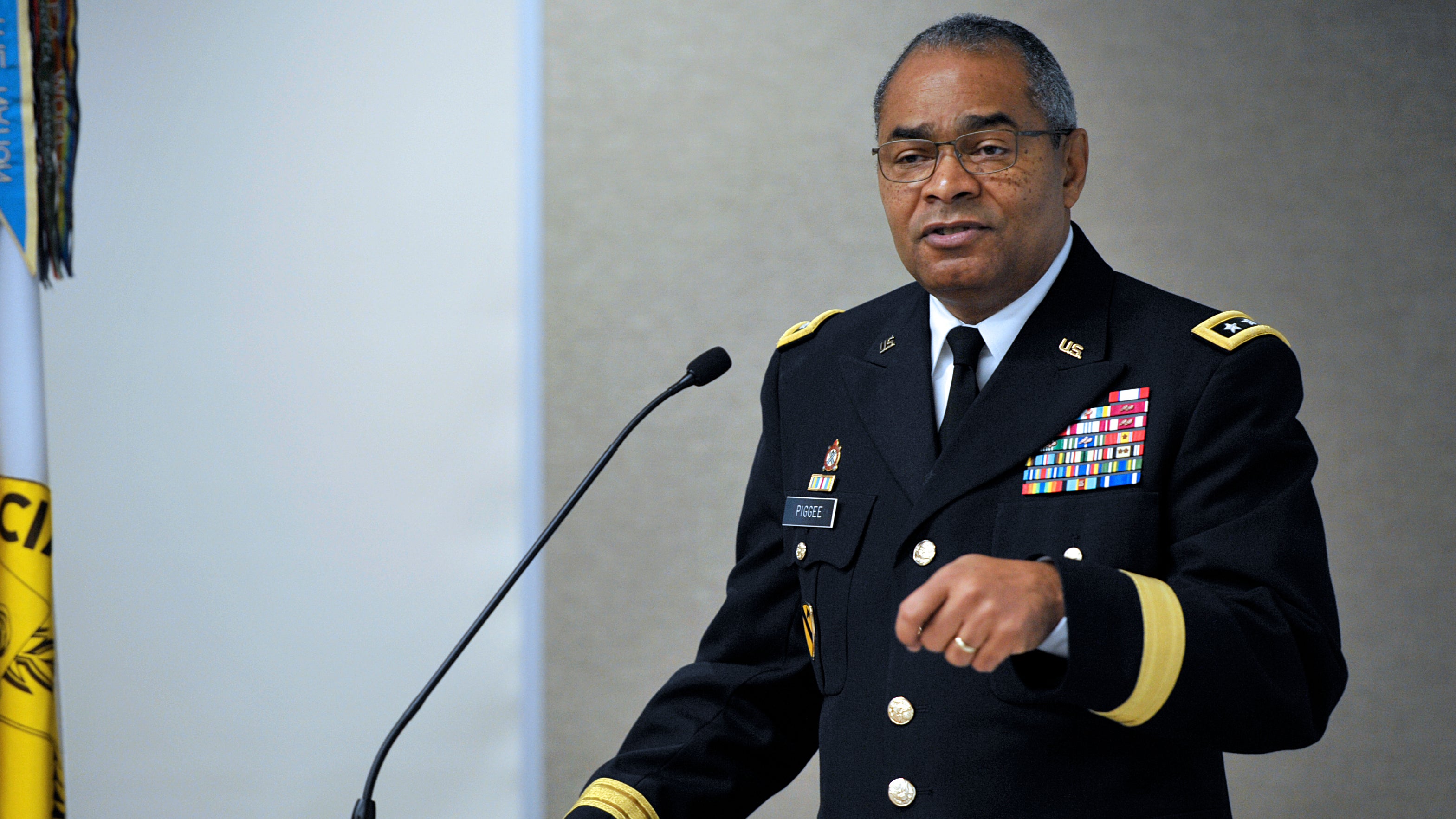 The Army’s ability to sustain itself in an austere environment against a capable adversary will depend on leveraging today’s technology more quickly, the Army’s chief logistician says.

It will also require focusing on the fundamentals of command maintenance and supply discipline, Lt. Gen. Aundre F. Piggee, deputy Army chief of staff for logistics, said in remarks at a Nov. 6 breakfast hosted by the Association of the U.S. Army’s Institute of Land Warfare.

“A hundred years ago we were really only worried about two domains—land and sea. Now we look to secure the ultimate high ground, space, while also leveraging and protecting information in cyberspace,” Piggee said. “From my perspective, logistics will be contested in every one of these domains.”

Since 9/11, Army logisticians “lost proficiency” on the fundamentals of maintenance and supply disciplines because the tasks were performed by contractors on the battlefield, he said. In the past two years, the Army has regained its footing with improvements in the supply of spare parts across the Army and standardized brigade combat team supply stockage, which has resulted in more weapons systems repairs in forward locations. Excess equipment is being turned in and redistributed more efficiently, ammunition stockpiles are up and combat pre-positioned stock is expanding, Piggee said.

Continued modernization is now focused in four areas, Piggee said: demand reduction; advanced parts manufacturing capabilities, including on the battlefield; autonomous resupply; and leveraging the Global Combat Support System, an automated logistics system that provides a common operating picture from the tactical to the strategic level.

Piggee also pointed to the need for improvement in processes. Soldiers, he noted, “buy lots of stuff online” and rarely visit storefronts to purchase goods. “But when it comes to picking up uniforms and equipment, we’re still using 20th-century processes. Changing our distribution system is a big opportunity.”

Army Chief of Staff Gen. Mark A. Milley will be the keynote speaker Jan. 16 at the next ILW breakfast forum, which will be held at the Crystal Gateway Marriott in Arlington, Va. For more information, click here.