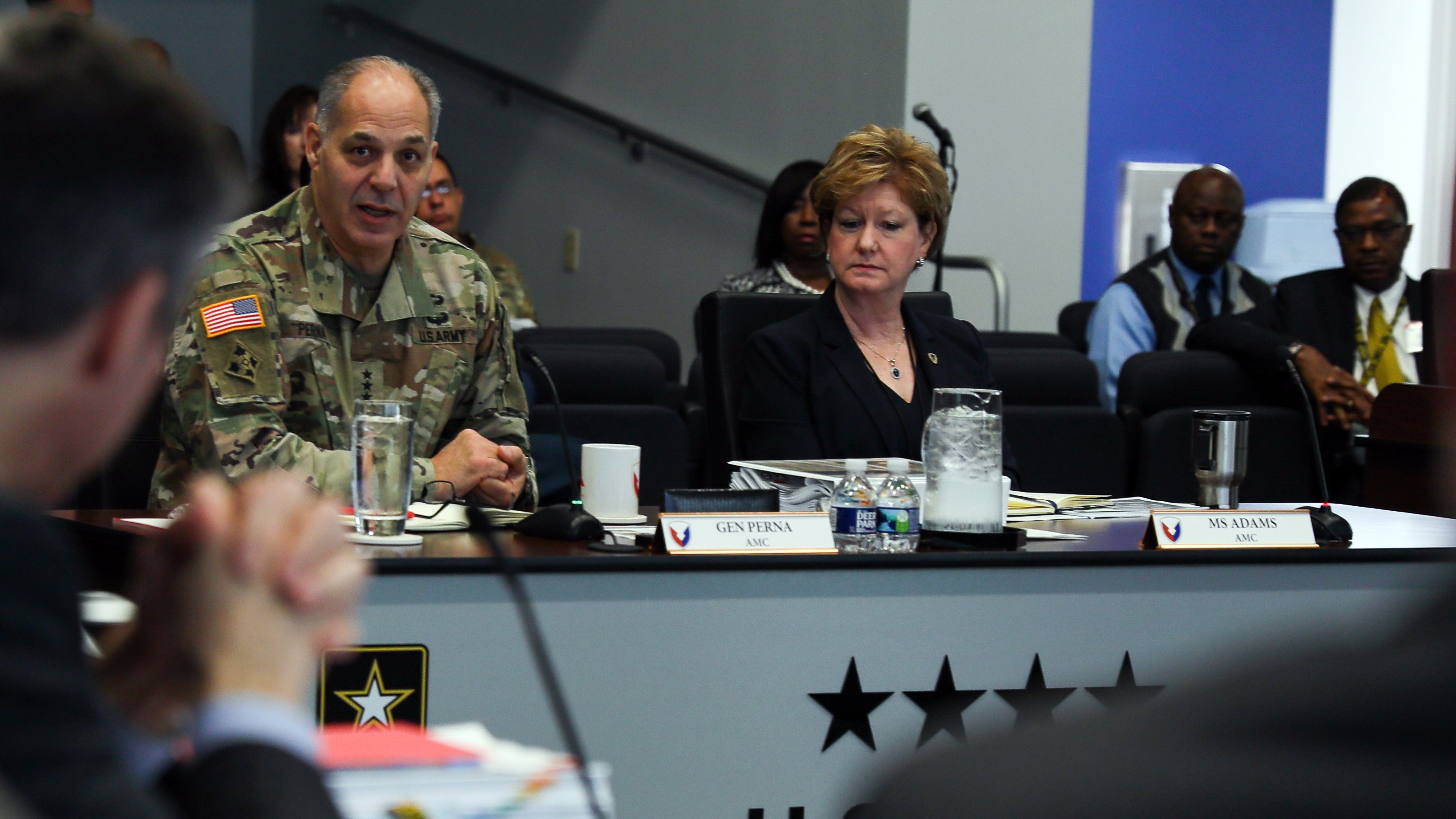 The Army general responsible for post housing wants to see conditions improve now and in the future.

“This is not only about day-to-day living. It is about what we want our installations to look like in 40 or 50 years,” said Gen. Gus Perna, who as Army Materiel Command’s commanding general is responsible for Army housing.

His remarks came at a two-day housing summit at Perna’s Huntsville, Alabama, headquarters that involved senior military leaders from around the Army and the seven private companies responsible for managing and maintaining a combined 87,000 Army housing units.

Secretary of the Army Ryan McCarthy, who is closely involved in housing improvement efforts, has described leased Army housing as a mixed bag. Some companies have done well in a few locations and poorly at others, he said. The stark differences in the quality and upkeep of housing appear to be determined by the quality of local community housing managers, McCarthy said Jan. 15 at a meeting with reporters in Washington, D.C.

At the Jan. 14–16 housing summit in Alabama, Perna said the Army needs to develop a strategy to more closely monitor installation housing. “We need to be able to see ourselves,” he said, rather than depend on reports created by the housing companies. The Army needs “oversight of the conditions of our current housing inventory and of our projected inventory.”

Management and maintenance of leased housing is a defensewide issue that has the attention of military and congressional leaders. The Defense Department and the services are preparing a tenant bill of rights that will set housing standards, create a process for handling maintenance issues, and empower installation commanders to inspect homes and arbitrate disputes.