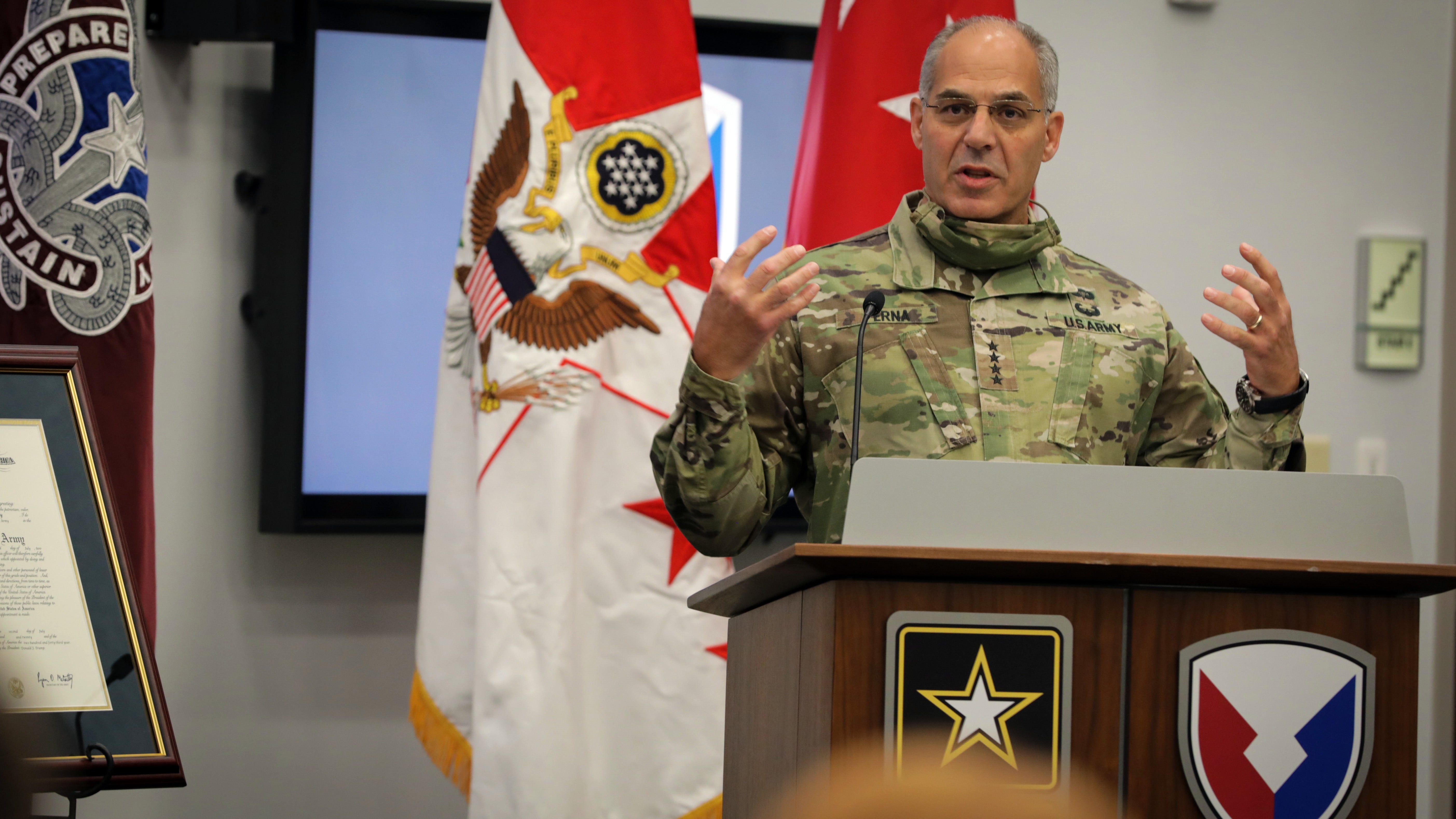 Gen. Gus Perna has been confirmed by the Senate to help lead the government’s effort to develop, produce and distribute a new COVID-19 vaccine.

Perna was confirmed as the chief operating officer of Operation Warp Speed on July 2, the same day he relinquished command of Army Materiel Command to Gen. Ed Daly.

“With experience as commander of the Army’s Materiel Command, General Perna is exceptionally well qualified to help lead this historic operation,” Defense Secretary Mark Esper said in a statement. “I have every confidence General Perna will carry out the duties of this mission with proficiency and professionalism, and the Department of Defense is committed to ensuring he has the resources, authority and support he needs throughout this process.”

Operation Warp Speed aims to deliver 300 million doses of a COVID-19 vaccine by January, a priority that Perna said is “potentially possible” depending on the length of human trials and the science behind the safety and effectiveness of the vaccine.

“What I thought was an aspirational goal 30 days ago, when I was announced by the president, I recently came to the conclusion that it is more and more likely to occur,” Perna told the Senate Armed Services Committee during his June 18 confirmation hearing. “I believe this is based on the updates I’ve received and the partnerships we’re doing with industry.”

As commander of Materiel Command, Perna was in charge of more than 190,000 military and civilian personnel working in 11 subordinate commands around the world.

His successor, Daly, previously served for three years as the deputy commander of Materiel Command. As he took command on July 2, he said he is “100% committed” to his new assignment, according to a press release.

“We will continue to deliver logistics support, sustainment and materiel readiness from the Strategic Support Area to the tactical point of need in a multidomain environment anywhere in the world,” Daly said. “We will continue the irreversible momentum in critically impacting our Army soldiers and their families, as well as the joint force from fort, depot and arsenal to the foxhole on any battlefield in any region.”