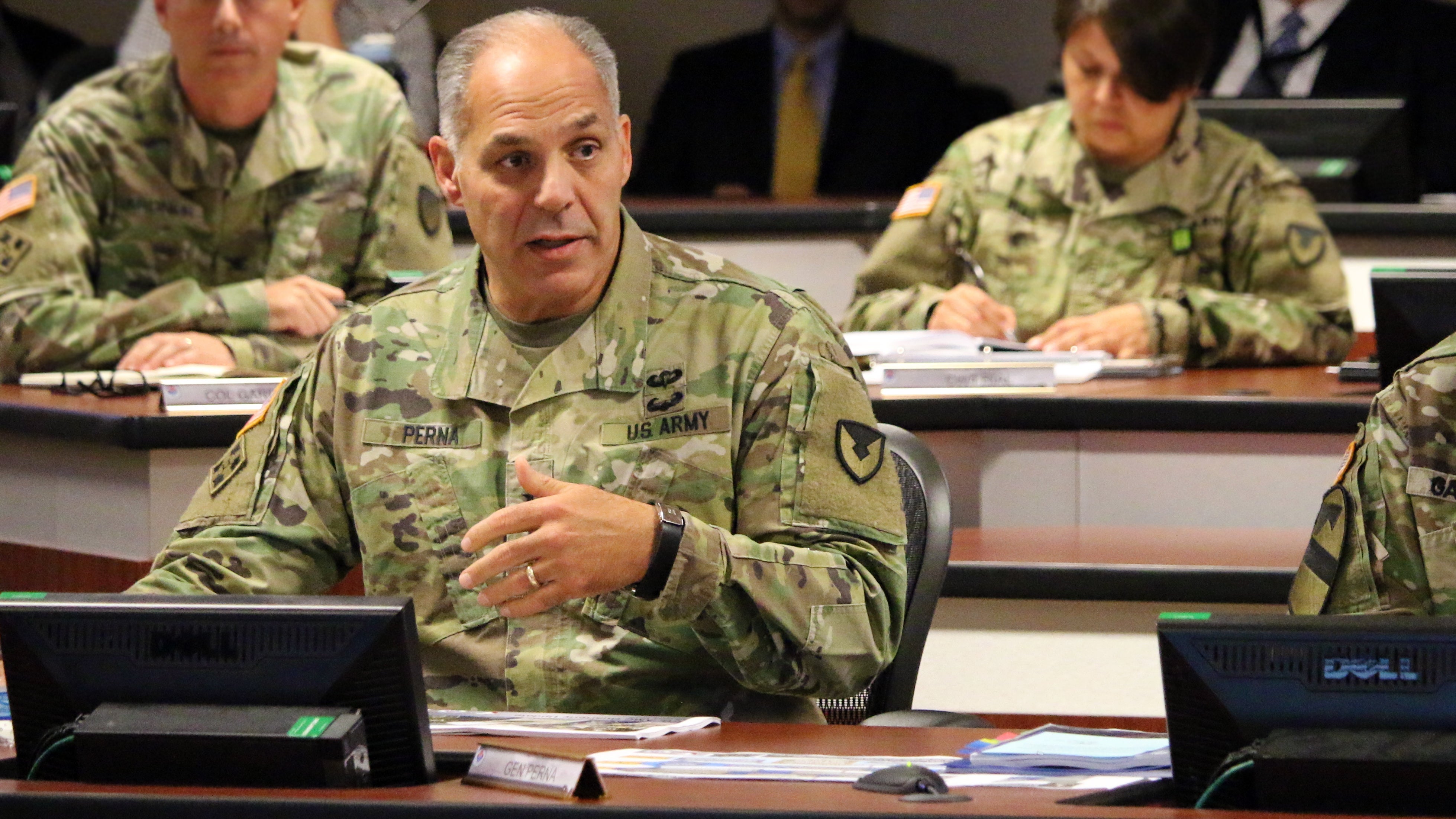 The delivery of 300 million doses of a COVID-19 vaccine by January is “potentially possible” depending on the length of human trials and the science behind the safety and effectiveness of the vaccine, Gen. Gus Perna told a Senate panel June 18.

Perna, commander of Army Materiel Command, gave his assessment to the Senate Armed Services Committee, whose members are considering his nomination to be chief operating officer of Operation Warp Speed, the Trump administration’s new task force created to develop, produce and distribute a new COVID-19 vaccine.

“Right now, as I see the numbers, I do think it is potentially possible, but we have to work through the [human] trials,” he said, explaining that the trials could be lengthy as researchers “work through the science of the effectiveness of the vaccine” and the Food and Drug Administration conducts an independent assessment.

Testifying on his 37th wedding anniversary, Perna was just weeks from retiring from the Army after more than 40 years of service when he was tapped on May 15 by President Donald Trump to manage Operation Warp Speed.

“What I thought was an aspirational goal 30 days ago, when I was announced by the president, I recently came to the conclusion that it is more and more likely to occur,” he said. “I believe this is based on the updates I’ve received and the partnerships we’re doing with industry.”

Perna said he was “not tracking” reports that the vaccine would be tested first on service members. He also added, in response to several senators’ questions, that he has not “been constrained” from working with other nations “that we deem are friendly to our national security” in developing a vaccine.

As commander of Materiel Command, Perna is in charge of more than 190,000 military and civilian personnel working in 11 subordinate commands around the world. His successor, Lt. Gen. Edward Daly, has been confirmed by the Senate and is expected to take command this summer. Perna touted his lengthy tenure as an Army logistician as making him uniquely qualified for the job.

“I am 100% committed to supporting the efforts of our nation’s best scientists and researchers to develop a safe and effective vaccine and to leverage the nation’s strategic strength of manufacturing and distribution to deliver effects by the end of the year,” Perna said.