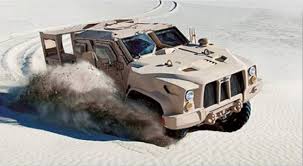 With Congress due to return facing just 10 legislative days before the start of the fiscal year, President Barack Obama has taken preemptive action to set the 2016 military raise at 1.3 percent. Pentagon leaders are warning about the potential for severe disruption in weapons programs, including the Army’s Joint Light Tactical Vehicle.The 1.3 percent military pay raise is less than the 2.3 percent increase service members would receive under the Federal Pay Comparability Act, but it is slightly greater than the 1 percent raise that was received in 2014 and 2015. In a message to Congress explaining his decision, Obama said he remains “strongly committed to supporting our uniformed service members,” but “we must maintain efforts to keep our nation on a sustainable fiscal course. This effort requires tough choices, especially in light of budget constraints.” Obama decided federal civilian workers would receive a 1 percent increase in 2016.The pay raise is not necessarily final because Congress has not completed work on the 2016 defense budget and has been divided about the size of the raise. The House of Representatives stuck with the 1983 federal pay formula, which provides a 2.3 percent increase to match salary growth in the private sector. The Senate backed the DoD and White House plan for the 1.3 percent raise.While small, a 1.3 percent increase could be equal or greater than inflation, and greater than the cost-of-living adjustment in military and federal civilian retired pay. The Bureau of Labor Statistics reported Aug. 19 that consumer prices rose only 0.2 percent in the previous 12 months, largely because lower oil prices had resulted in large drops in energy costs. While food prices have increased 1.6 percent, housing has increased 2.6 percent and medical care has increased 2.3 percent, the 14.8 percent reduction in energy costs has resulted in almost no change in the Consumer Price Index that is used to determine Social Security, military retirement and other entitlement increases. The cost-of-living adjustment for retirees, which is indexed to consumer prices, won’t be announced until October.Completing defense funding and policy bills by the Oct. 1 start of the fiscal year seems unlikely, so congressional staff have been working legislation to keep the government running either for a few weeks, a few months, or maybe even a full year.Defense and service officials are worried about funding extensions because they impose limitations on programs. For example, the Army would be hurt because no new programs can be started under a temporary funding bill. This would restrict a wide range of things, from military construction to research into area denial capabilities to the Joint Light Tactical Vehicle, the Army’s major modernization effort.Among the other problems, authority for the military to pay a wide assortment of bonuses and incentive payments expires at the end of the year, requiring congressional action. At risk are enlistment and re-enlistment bonuses; accession bonuses for officers; and incentives for aviators, health care workers, nuclear-trained officers and hazardous duty.The Army and DoD have not said they cannot operate under temporary funding. However, they have asked for language that prevents disruptions to be included in whatever measure is passed.