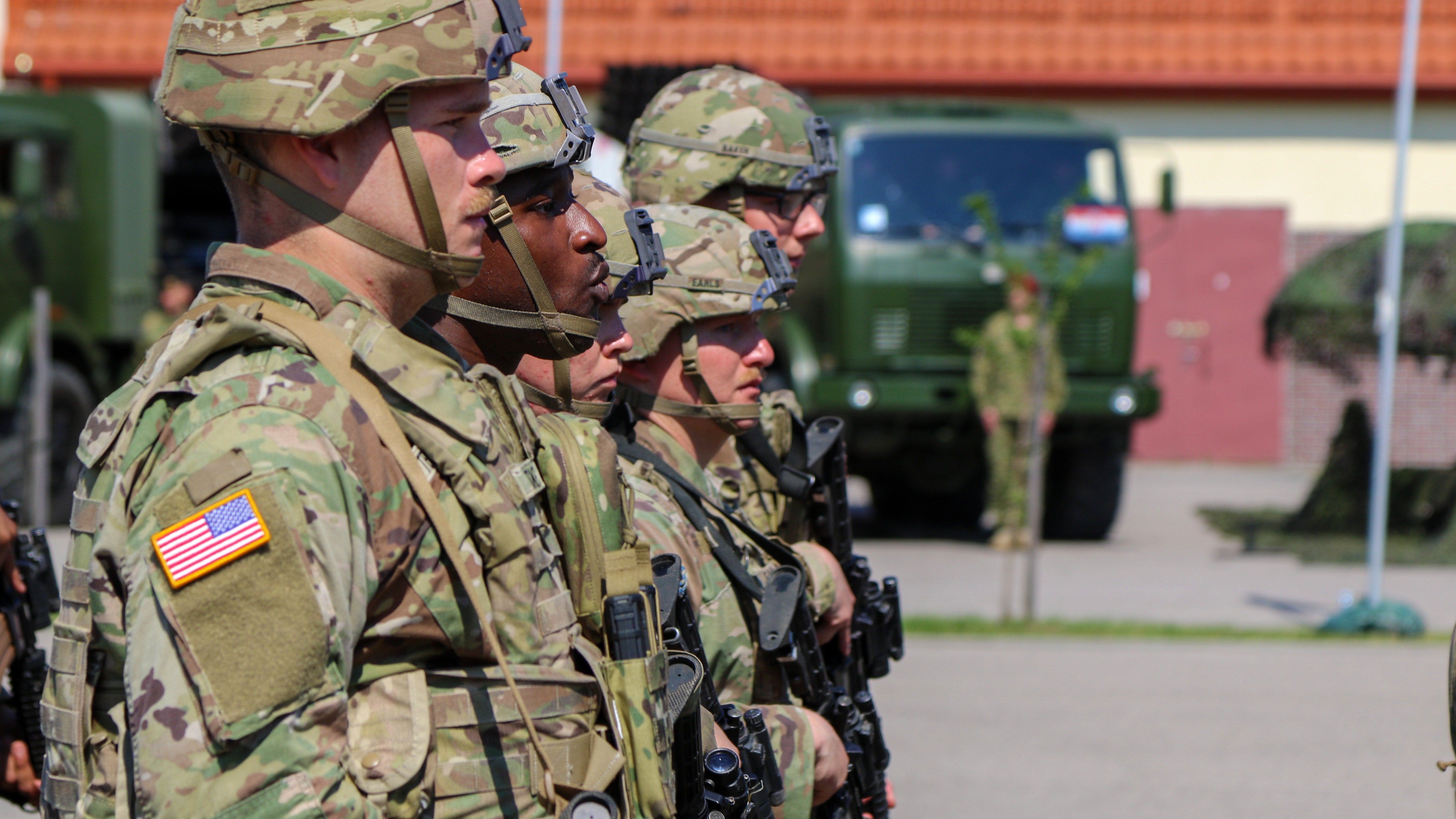 The nearly 4,500 soldiers of the 2nd Cavalry Regiment will return to the U.S. as part of a sweeping reduction in the number of U.S. troops stationed in Germany.

Some moves could begin within weeks, Esper said.

In all, about 11,900 service members will be repositioned, with 6,400 troops returning to the U.S. and nearly 5,600 moving to other parts of Europe, Esper said.

The plan will cut the number of U.S. troops in Germany down to 24,000, a 12,000-troop reduction that Esper said is designed to “strengthen NATO, enhance the deterrence of Russia,” he said.

“It is important to note that in NATO’s 71-year history, the size, composition and disposition of U.S. forces in Europe has changed many times,” Esper said at the Pentagon briefing. “As we’ve entered a new era of great-power competition, we are now at another one of those inflection points in NATO’s evolution, and I am confident the alliance will be all the better and stronger for it.”

The Pentagon also plans to consolidate and move various headquarters. This includes moving U.S. European Command and Special Operations Command Europe from Patch Barracks in Stuttgart, Germany, to Mons, Belgium, where NATO’s Supreme Headquarters Allied Powers Europe is located. EUCOM has been at Patch Barracks since 1967.

DoD also plans to rotate the lead element of the Army’s newly reactivated V Corps headquarters to Poland, Esper said. The Army announced the activation of the corps headquarters in February, almost seven years after it was inactivated. The unit is now standing up at Fort Knox, Kentucky.

Other moves include moving an Air Force fighter squadron and elements of a fighter wing to Italy, while canceling plans to relocate about 2,500 airmen from Mildenhall, U.K., to Germany.

“Our aim is to implement these moves as expeditiously as possible,” Esper said, pledging that DoD is focused on “being fair to and taking care of our service members and their families.”

Esper estimated the shift will cost billions of dollars over several years to complete.

The new home of the 2nd Cavalry Regiment was not announced. Esper said the decision will be made by the Army in consultation with Congress. Adequate housing, child care, medical care and other quality of life amenities to support troops and their families will be factors in the decision, he said.

The 2nd Cavalry Regiment has been stationed at Rose Barracks in Vilseck, Germany, since September 2006. At the time, the brigade was the first Stryker unit in Europe, moving there from Joint Base Lewis-McChord, Washington.

Bringing the unit home will allow the Army to rotate Stryker units into Europe, Esper said. The Army already rotates brigade combat teams to South Korea and Europe on nine-month deployments, and “we’re finding they’re deploying at a much higher level of readiness,” Esper said.

While deployed, the units also are sustaining much higher levels of focus, and the ability to rotate units gives DoD and commanders more flexibility, he said.

“We’re moving forces out of Central Europe, Germany, where they’ve been since the Cold War, and we’re now moving, we’re following, in many ways, the boundary east, where our newest allies are,” he said.