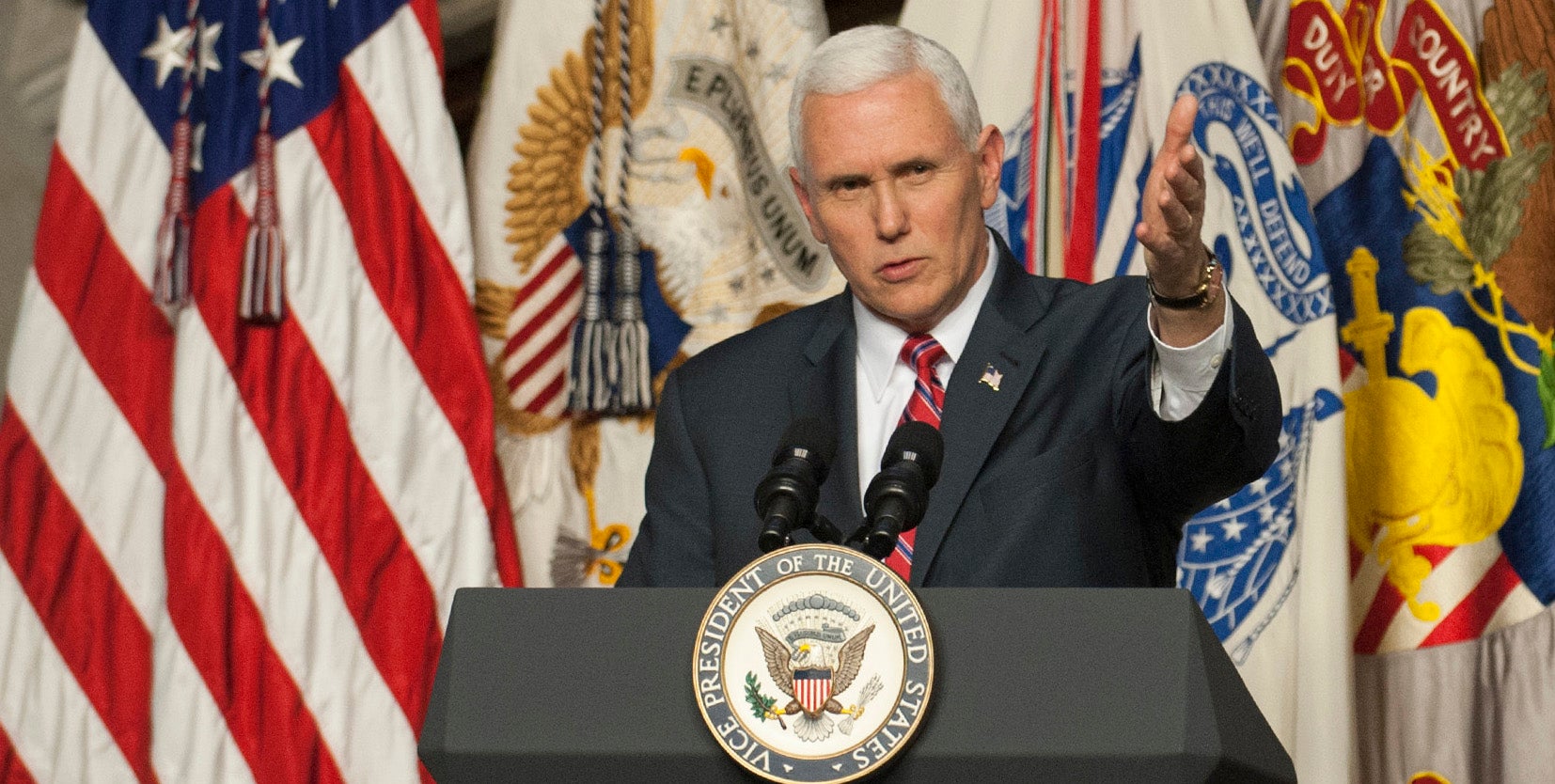 Vice President Mike Pence assured an audience of U.S. Military Academy cadets in West Point, N.Y., that he and President Donald Trump “will always have your backs.”

“You will have everything you need, and more, to defeat those who confront our nation and threaten our freedom, and to protect this country,” Pence said recently during the annual Lt. Henry O. Flipper Dinner, named to honor the memory of the academy’s first African-American graduate.

The nation needs its military “now more than ever” to confront numerous threats around the world, Pence said. “Old enemies have reared their ugly heads once more, and new ones have arisen, too. They will not stop until we stop them. And we will stop them.”

Pence told the cadets his father was a soldier who served in combat during the Korean War. His son is a second lieutenant in the Marine Corps.

He promised that the services will have “the resources and the training they need to accomplish their mission, protect our families, and come home safe to theirs."