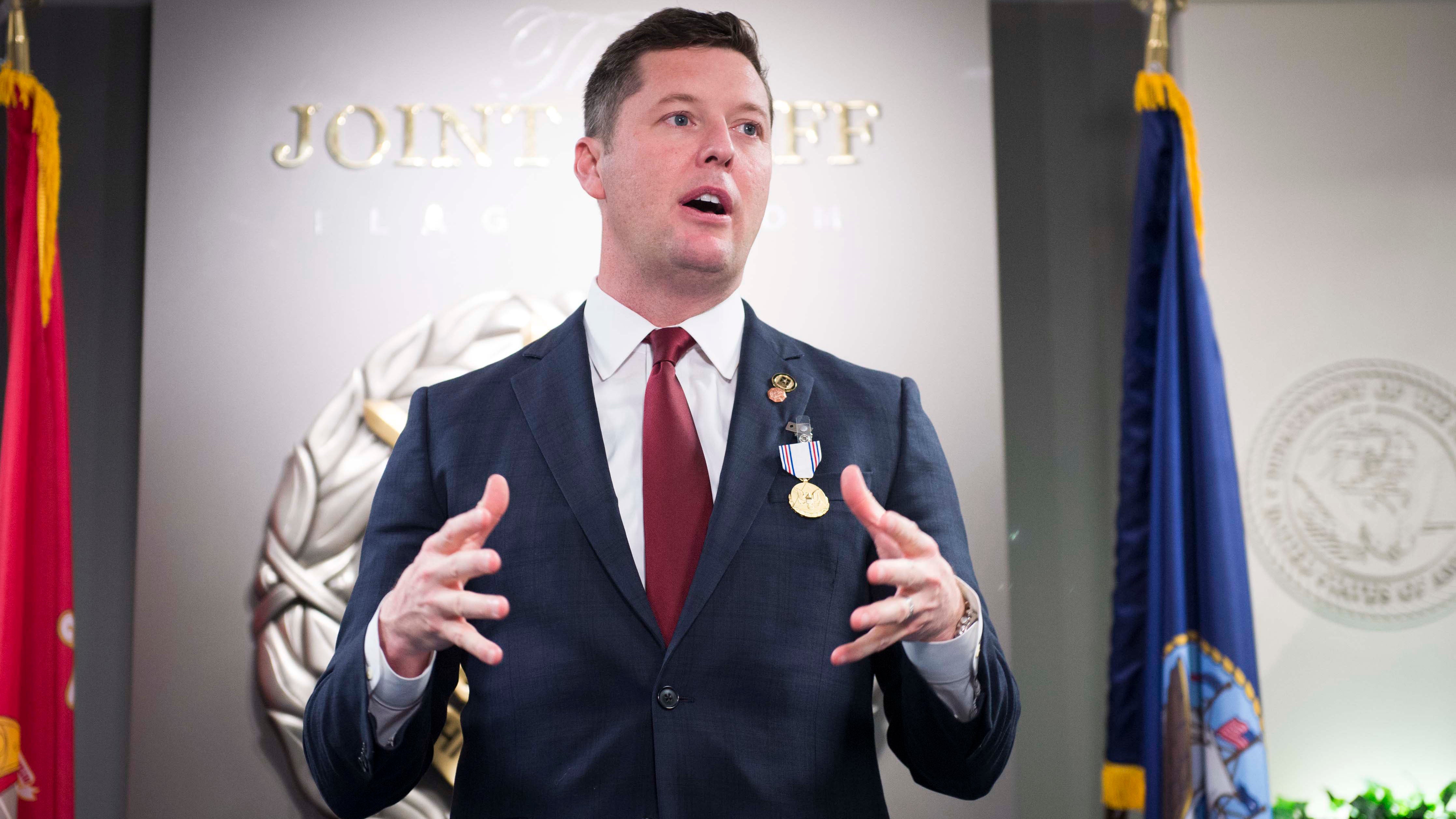 Former Undersecretary of the Army Patrick J. Murphy is joining the Association of the U.S. Army as a senior fellow with the Institute of Land Warfare.

The 43-year-old is a third-generation veteran who deployed to Bosnia in 2002 and to Iraq in 2003 as part of the 82nd Airborne Division. Murphy was also a U.S. Military Academy constitutional law professor. He served for five months in 2016 as acting secretary of the Army.

“I'm proud to join my fellow soldiers for life to ensure our nation is doing all it can to keep our families safe here at home,” Murphy said. “It is critical during these defining moments that our troops have the technical and tactical advantage over our enemies.”

Murphy also had praise for AUSA. “I couldn't be more proud to work with retired Army Gen. Carter Ham and some of our nation’s best minds here at AUSA.”

AUSA is excited to have Murphy on the team, said retired Lt. Gen. Guy C. Swan III, AUSA vice president for education who oversees the Institute of Land Warfare. “Former Undersecretary Murphy brings vast knowledge of our Army and he is widely known and respected for his infectious enthusiasm. He will be a tremendous asset for us,” Swan said.

Joining the ranks of other senior fellows such as retired Army Gens. John W. Foss, William “Buck” Kernan, Frederick J. Kroesen, Leon Salomon and Louis C. Wagner, Murphy brings to AUSA his experience as an ROTC cadet, his four years in the Army Reserve and four on active duty, his two terms in the U.S. House of Representatives after his 2006 election as the first Iraq veteran in Congress, and his appointment during the Obama administration as undersecretary and briefly acting secretary of the Army.

As undersecretary, he was the Army’s chief management officer overseeing a $148 billion annual budget with a workforce of 1.3 million. His big initiatives included recruiting more than 130,000 millennials as soldiers and civilian workers, expanding Soldier for Life initiatives and boosting the Army’s social media presence, working closely with Army Chief of Staff Gen. Mark A. Milley.

Murphy is a Philadelphia native, the son of a police officer and legal secretary, who worked weekends as a security guard while in high school and was captain of the hockey team at King’s College in Wilkes-Barre, Pa., where he was student government president and a member of the Sigma Kappa Sigma fraternity. At the same time, he was also an Army ROTC Cadet at the nearby University of Scranton. He attended the Widener University School of Law after his commissioning, graduating in 1999. His active Army career began in 2000, deploying to Bosnia in 2002 and Baghdad in 2003.

Elected to Congress in 2005, Murphy served on the armed services, appropriations and intelligence committees and was instrumental in enacting the Hire Our Heroes Act, the Post-9/11 GI Bill and repealing Don’t Ask, Don’t Tell.