Partnerships With Academia Give Military an Edge

Partnerships With Academia Give Military an Edge 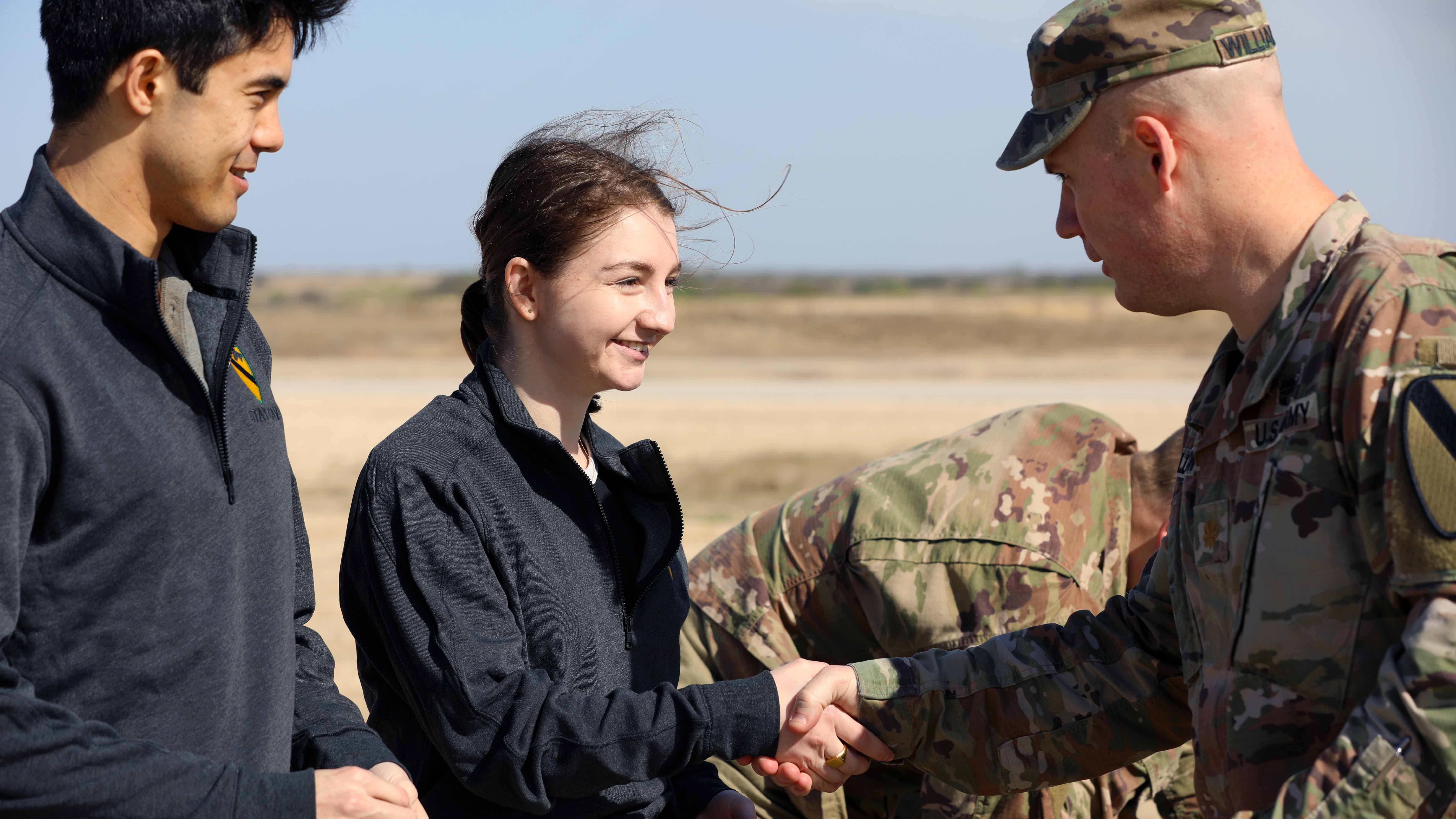 Maintaining a relationship between the U.S. military and higher education is key to preserving democracy, said Gen. Bob Brown, president and CEO of the Association of the U.S. Army.

Speaking April 6 during an event hosted by the University of North Georgia’s Institute for Leadership and Strategic Studies, Brown said a “close, productive relationship” between the two entities “is really essential to our democratic way of life.”

Unlike previous generations, Americans today are less likely to know a service member, Brown said. This deepens the civilian-military divide, a challenge that the military and academia will need to address.

“Broadening our understanding of war is difficult because of a second challenge: the growing military-civilian gap,” he said. “In the United States on active duty, we have the smallest percentage of individuals serving in a peacetime era since between World War I and World War II.”

However, the relationship between the military and higher education remains strong, Brown said. Programs like ROTC and the GI Bill have enabled millions to pursue their education and serve their country.

Additionally, the Department of Veterans Affairs has provided educational benefits to 773,000 veterans and their family members since the Post-9/11 GI Bill went into effect in 2009 and more than $20 billion in other benefits, Brown said.

Partnering with academia has also helped the military with life-or-death matters in conflict zones.

“In Iraq and in Afghanistan, researchers from … Human Terrain Teams helped our troops understand other cultures,” Brown said. “They accepted great risks to teach our soldiers more about local populations.”

The military also has looked to higher education for help with some of the most pressing challenges faced by the Army and society, Brown said.

“We’ve leveraged the top universities in the nation to assist the Army in reducing suicide,” he said as an example.

He added, “Some of our most successful programs have come from [academic partnerships]. For example, a resiliency program that came from [the] University of Pennsylvania [was] incredibly successful in … helping to reduce some of these challenges. Many challenges are affecting our nation, and the military reflects that in society.”

Looking ahead, Brown said it’s critical to continuing growing the partnership between academia and the military.

“The only way to achieve the most professional military possible and preserve the peace is if we improve this,” he said. “We have to eliminate those unhelpful stereotypes that hinder relationships. It's not military versus the academic or vice versa.”