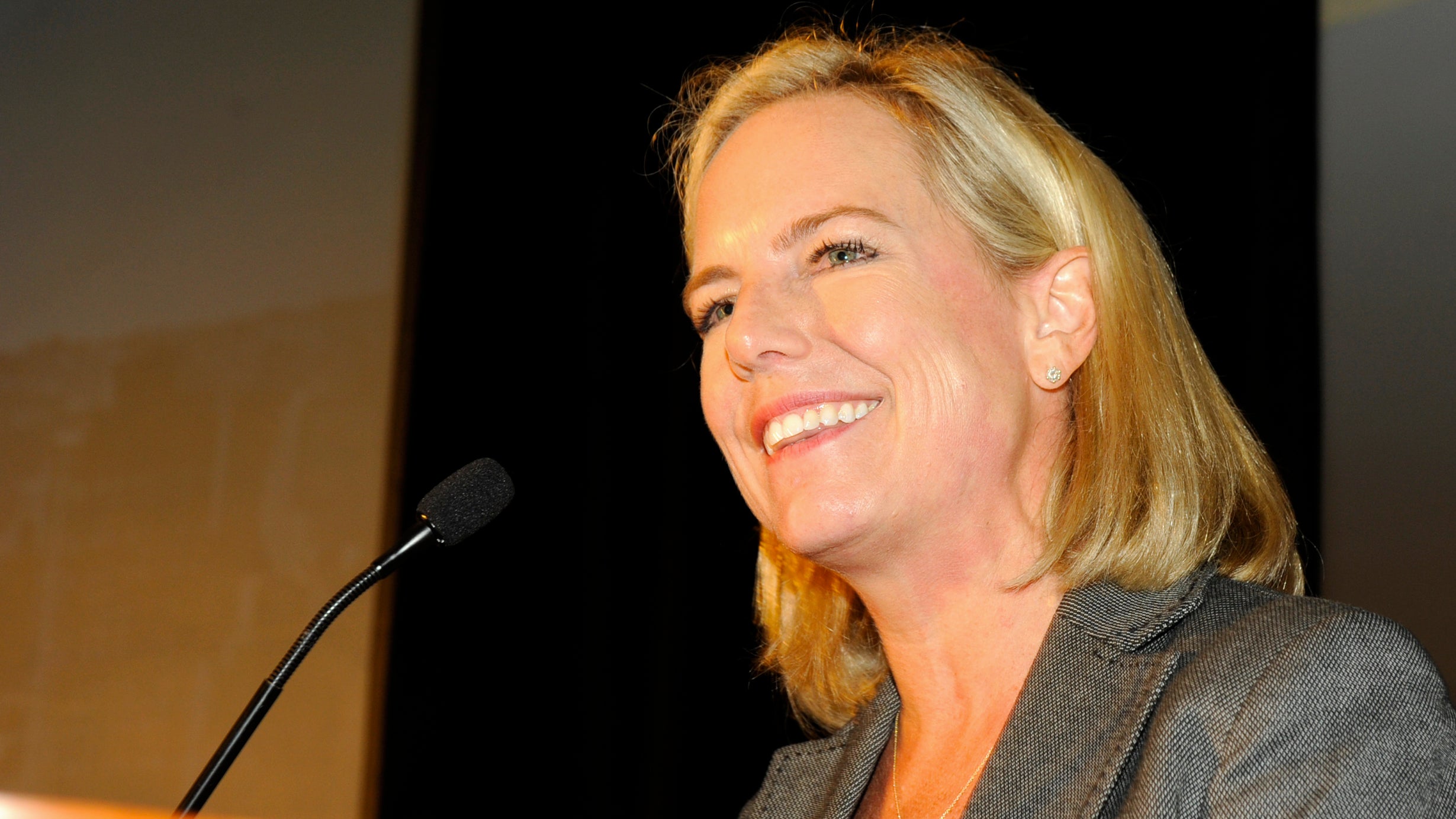 The American homeland is more secure than it has been in recent years, thanks to the relationship between DoD and Homeland Security, Homeland Security Secretary Kirstjen M. Nielsen said today at the AUSA Annual Meeting and Exposition in Washington, D.C.

“The partnership between the departments of Homeland Security and Defense has made America immeasurably safer,” Nielsen said in an afternoon address that garnered a standing ovation from a mostly uniformed audience.

Touching on her own experiences growing up in Florida, Nielsen cited in particular the Army’s responses to natural disasters such as hurricanes and wildfires. It was humbling, she said, to now stand amid members of the greatest army on Earth and recognize their role in disaster response.

“There’s nothing like living through a hurricane in person to teach you about preparedness and resilience,” she said.

Nielsen, who grew up in a military family, noted that the Army has shown resilience throughout its history. Now, as head of DHS, Nielsen has adopted for her agency a similar theme: Relentless resilience.

Looking forward, Nielsen said, DHS will continue to partner with DoD on a range of security needs, including cyber security, protection against biochemical attack and securing the nation’s borders.

“The danger is real, and it is here,” Nielsen said of the enemy. “They have our homeland in the crosshairs.”

With the help of DoD and the Army, Nielsen said, DHS and the nation are fighting back. “Rather than throw in the towel, we need to throw down the gauntlet. Complacency has been replaced by consequences.”