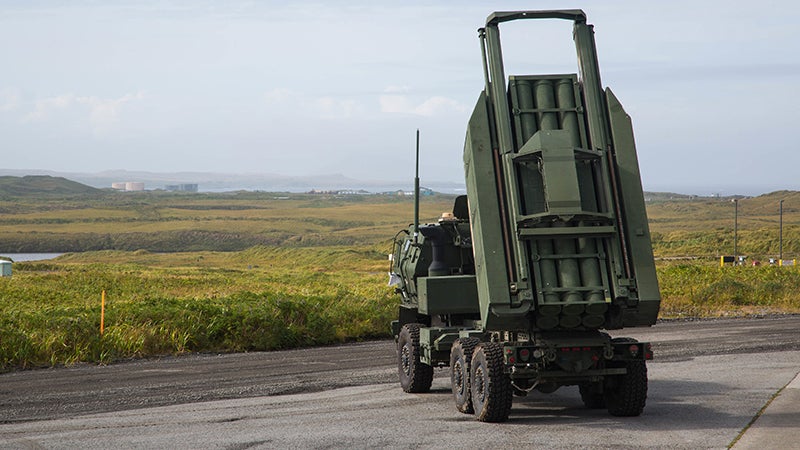 The Army’s multidomain task forces in the Indo-Pacific and Europe are a sound response to this era of strategic competition, but their value to the joint force is not fully understood, writes the author of a paper from the Association of the U.S. Army.

Charles McEnany, a national security analyst at AUSA, writes that the new task forces “represent a critical pillar to the Army’s aggressive modernization” initiatives, but he cautions that steps need to be taken to fully integrate their capabilities in a joint environment, whether it’s during competition, crisis or conflict.

“To be sure, [multidomain task forces] are not a ‘silver bullet’ for future conflict. [They] cannot deter conflict or dismantle adversary [anti-access/area denial] networks on their own (nor can any military unit),” McEnany writes. The task forces do, however, “possess capabilities to achieve significant counter A2/AD effects, but their value is maximized when paired with the capabilities of each service.”

In his paper, “Multi-Domain Task Forces: A Glimpse at The Army of 2035,” McEnany explains that the task forces are fundamental to operationalizing the Army’s Multi-Domain Operations concept. They are “theater-level maneuver elements that synchronize long-range precision effects such as electronic warfare, space, cyber and information, with long-range precision fires. They integrate these capabilities under one commander while the unit’s components conduct distributed operations to enhance survivability.”

Retired Gen. Bob Brown, AUSA president and CEO, said multidomain operations “are a vital piece of the U.S. Army’s future, which is why I think this new AUSA paper is so important.”

“Modernizing the Army and fielding advanced capabilities are critical to winning in any future conflict. The Multi-Domain Task Force is an innovative addition to joint warfighting that is in demand by combatant commanders due to its impressive all-domain capabilities in competition, crisis and conflict,” Brown said.

While an Army unit, the task forces bring “unique value” to the joint force, McEnany writes. He recommends that the Army expand experimentation, wargames and exercises with the joint force, allies and partners; leverage military-to-military contacts to promote shared understanding of the strategic and operational environments that will enable the capabilities of the task force; and identify and integrate niche multidomain capabilities of smaller allies and partners to ensure interoperability at all levels.

Additionally, the Pentagon should continue to communicate to Congress the importance of multidomain operations to the future fight, he writes. Congress, in turn, should provide predictable funding, increase congressional foreign policy engagement with partners and allies, and avoid the “one-issue fallacy” of overprioritizing China, McEnany writes.

The challenges facing the United States, he says, extend beyond the Pentagon and require “a revitalization of American economics and diplomacy. ”

“At this inflection point, Congress and the American public should recognize that the costs of making the necessary investments to ensure national security would pale in comparison to the costs of ceding its global position to China or Russia,” McEnany writes.