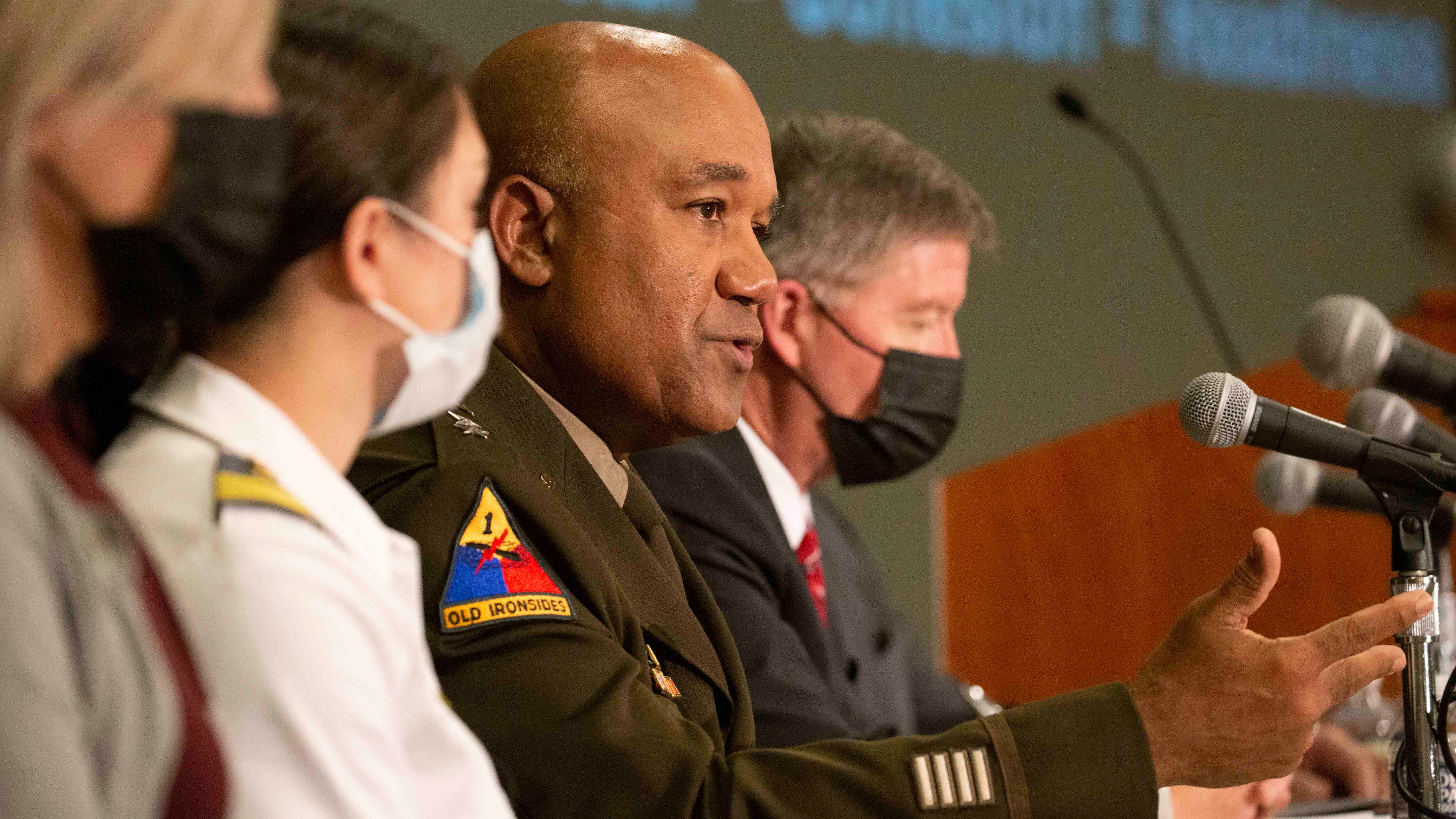 The Army’s most valuable asset is not weaponry or any material goods, but character, retired Gen. David Perkins said at the Association of the U.S. Army’s Annual Meeting and Exposition.

“The secret sauce to the United States Army… [is] the character and cohesion, built on trust, of the people in the Army, and the good thing about that is it can't be stolen,” said Perkins, a former commander of Army Training and Doctrine Command. “Without those things, you can't even start thinking about doing the things that we do day in and day out in the Army.”

Character is cultivated, said Lt. Gen. Darryl Williams, superintendent of the U.S. Military Academy at West Point, New York. The men were part of a contemporary military forum on how character is the building block for cohesive teams.

“Character is caught, character is taught, and character is sought,” Williams said. “It's very important that they catch our goals, our character, our ethos, how we aspire to being in the Army.”

For Pratt, character boils down to one question: Who can be relied upon when things get hard?

“All those scenarios require that you get through hard moments, whether that be adverse weather conditions, whether that be physically strenuous events,” Pratt said. “What are the traits of people that define good character … that I can rely on and go to when things get hard?”

That ability to rely on teammates also is key to readiness and accomplishing the mission, Pratt said.

Character is not about the big decisions, but the little decisions you make when you are left to your own devices, Perkins said.

“I find that big decisions do not reveal character like you might think they do. It's those little decisions that you don't have to run by your boss, it's the little decisions where you think that you can take the shortcut and no one is going to know,” Perkins said. “Those are the things that really reveal the character.”

In the face of complex multidomain operations, leaders with character will not just lead but win, Williams said.