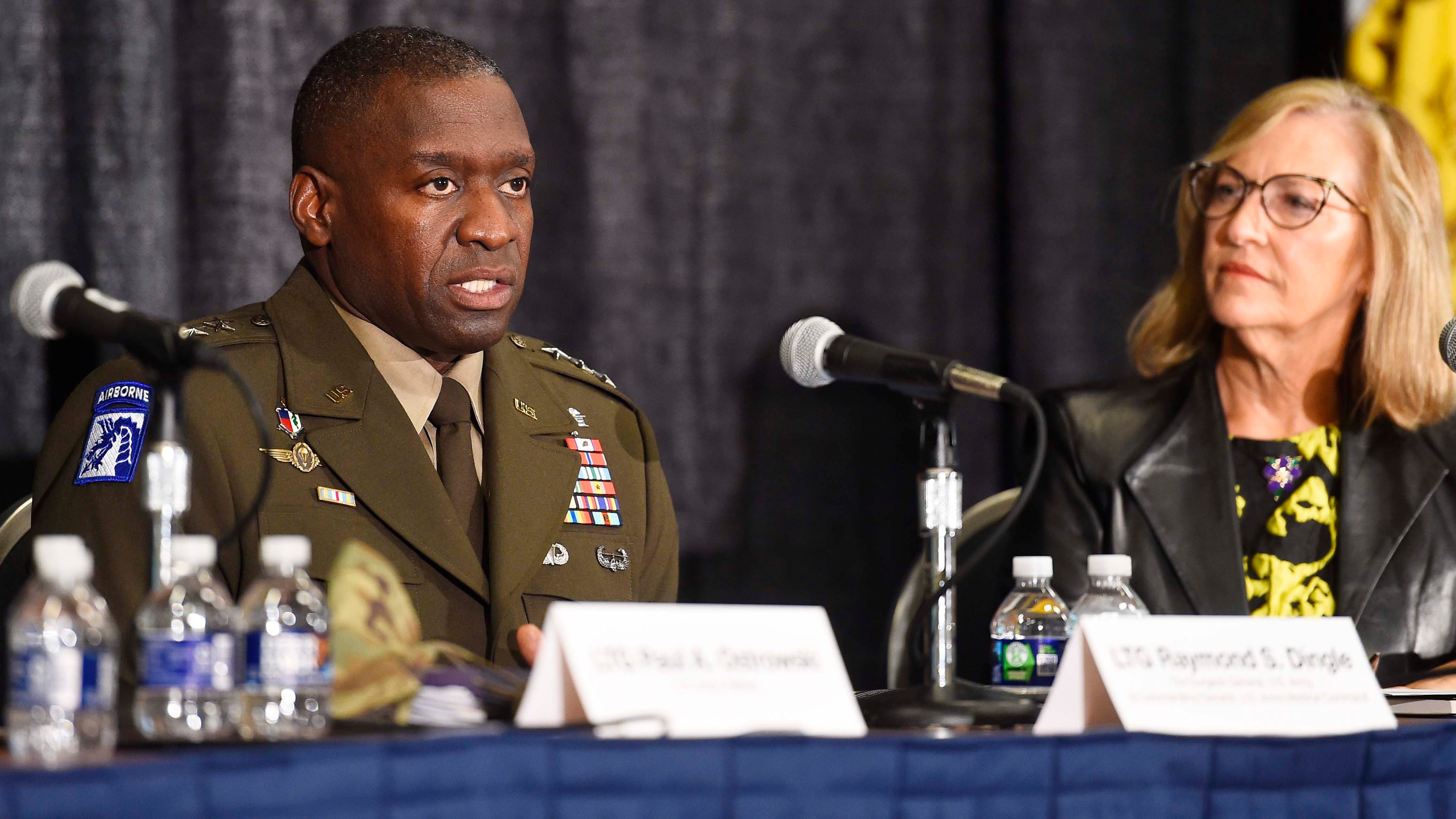 Facing COVID-19, a new and silent enemy, the Army fought back with a level of cooperation and created “a synergy that was unprecedented,” Army Surgeon General Lt. Gen. R. Scott Dingle said Oct. 13 at the Association of the U.S. Army’s 2021 Annual Meeting and Exposition.

“It was a teamwork that transcended not just the services, not just the interagencies, not just partnerships, but states, communities [and] local hospitals, through teamwork that was unprecedented,” Dingle said during a contemporary military forum on lessons learned from the Army’s pandemic response. “It is imperative that we continue to keep our foot on the pedal of force health protection, not just of our soldiers and our civilians, but of our family members and the nation.”

The Army’s ability to plan and respond quickly was vital to its effective pandemic response, said Maj. Gen. Robert Whittle, deputy commanding general of U.S. Army North. “You'll hear people out there say that there was no plan for pandemic,” he said. “We all know there were a lot of plans for the pandemic.”

At a time when the U.S. was still figuring out mask protocols, the Army was already conducting vital missions to evacuate people from breakouts on multiple cruise ships, Whittle said.

“We ended up evacuating … 329 [people] from a ship called the Diamond Princess, … and another 1,989 from the Grand Princess,” he said. “So, your Department of Defense, your Army, was doing all of that from the very beginning.”

When disaster strikes and the mission is tough, the Army is constantly operating several steps ahead, said retired Lt. Gen. Todd Semonite, who served as chief of engineers and commanding general of the Army Corps of Engineers at the height of the pandemic.

When Florida Gov. Ron DeSantis asked the Corps of Engineers to construct a facility for COVID response at a convention center days earlier than planned, Semonite leaned into his Army training to accomplish the mission.

“We went to 24-hour operations, we prepacked stuff in warehouses and brought in wiring harnesses to be able to build the whole thing out,” Semonite said. “When the mission gets tough, you’ve got to figure out how to accomplish the mission and get ahead, and that’s exactly what we did.”

The Army will continue to lead the fight against the pandemic, said Maj. Gen. Joe Robinson, commander of the Army Reserve’s 3rd Medical Command. “Even though we haven't beat COVID yet, Army medicine is leading to transformational change,” Robinson said. “We remain ready to fight and win our nation's wars on the battlefield.”

More than anything, the Army’s medical response gives Americans hope that the nation can turn the corner on the pandemic soon, Semonite said.

“When I got home, I woke up to these amazing tweets,” Semonite said. “They were all in the theme of, ‘Man, the Army is here, DoD is stepping up. We now have a chance.’ ”