Operations the Army is Readying for Will Include Cyber

Operations the Army is Readying for Will Include Cyber 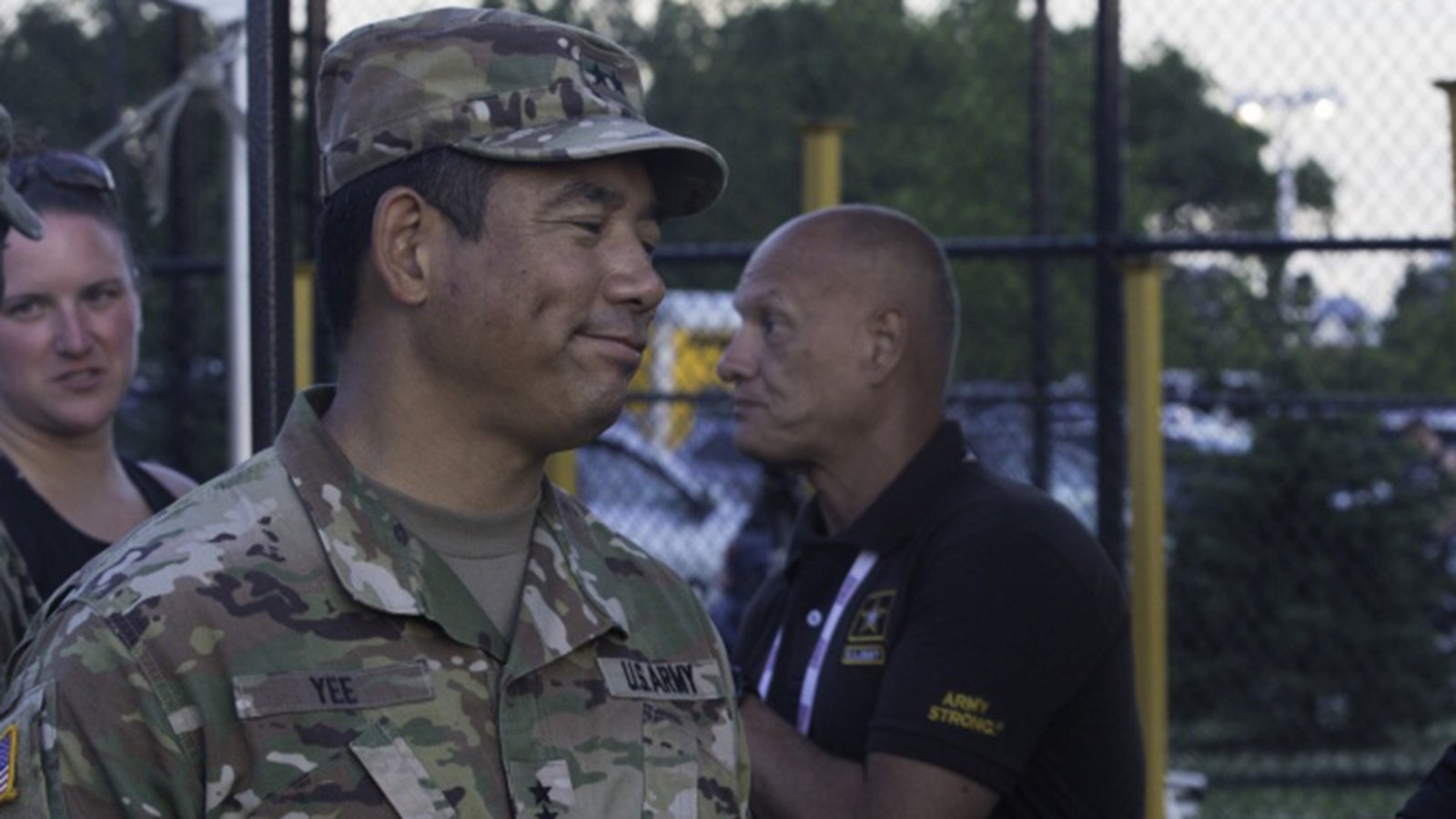 The Army’s achievements in cyber operations, and the challenges it will face in the future, were the focus of a talk at the AUSA Annual Meeting and Exposition Warrior’s Corner.  Maj. Gen. Garrett Yee, military deputy to the Chief Information Officer, G-6, on the Army Staff, reminded the audience that they “can’t watch the news today without something happening in cyber."

Today, the Army needs to be ready, Yee said, for “cyber teamwork, protecting our nation and our people against cyberattacks, it’s not one entity, it’s an enterprise.”  Yee recounted the Army’s cyber evolution. In 2010, Army Cyber Command stood up, followed in 2012 by the Army Cyber Institute. In 2014, the Army established Cyber as a co-equal branch of the Service. On the Army staff, the G-3/5/7 stood up its cyber directorate in 2016, showing, Yee said, that cyber is “not just something we do in a network, cyber is absolutely operational.” The Army’s cyber mission teams achieved full operational capability in 2017. This year, U.S. Cyber Command became a combatant command. “In just eight years, so much has happened,” Yee said.

The focus of Brig. Gen. Jennifer G. Buckner, director of Cyber G-3/5/7, is, “how we view cyber as a warfighting domain, an operational domain. We are focused on growth and acceleration, bringing cyber to the tactical edge,” she said. “We are going to build it faster than we are comfortable with...it’s not about demonstrations. We want to get industry’s capabilities into the hands of the operator.”

Buckner reviewed some of the high points in the Army’s effort to accelerate bringing cyber capabilities to its warfighters. The Army is doubling the size of its electronic warfare force. In addition, she said, “We will almost double the amount of training they receive before they get out into the force.” An electronic warfare platoon will be integrated into every military intelligence company at the brigade combat team level, enhancing signals intelligence and cyber capabilities. An electronic warfare company will be integral to every expeditionary military intelligence brigade at corps level. Cyber Electro Magnetic Activities augmentation teams of 6 to 12 specialists will be able to reinforce headquarters and tactical operations centers. A cyber warfare battalion will provide a concentrated operational capability and a source of expertise.

Buckner also saw recent combat lessons as guiding the Army’s application of cyber capabilities to warfighting units. “Like with Joint Task Force Ares in Operation Resolute Support, we learned we could take these capabilities and integrate them in a scheme of maneuver with a timing and tempo that meets the needs of operational commanders.”

The Army’s cyber enterprise, Brig. Gen. Richard E. Angle, deputy commanding general (Operations), U.S. Army Cyber Command, said, includes “academia and industry as well." "Innovation is coming from the commercial sector. We need your help”, he said, in a world where our people are "in contact with the enemy every single day.” Angle said that his mission of “operating, securing and maintaining our networks” still relies on people. “We get wrapped around technology, he said, “but at the end of the day it is people that are going to make us successful.”

Angle sees the Army’s congressionally-granted ability to award direct commissions to qualified individuals in the cyber field as potentially a great advantage. “We can go out and hire – lieutenant up to colonel – through direct commissioning. We can waive the retirement age of 62. This will bring some of pay disparity down you are going to get experience that you will get nowhere else.”

Brig. Gen. Neil Hersey, commandant of the Army Cyber School, said the Army’s first two lieutenants to enter service in this way have been commissioned, with more entering in the coming months.