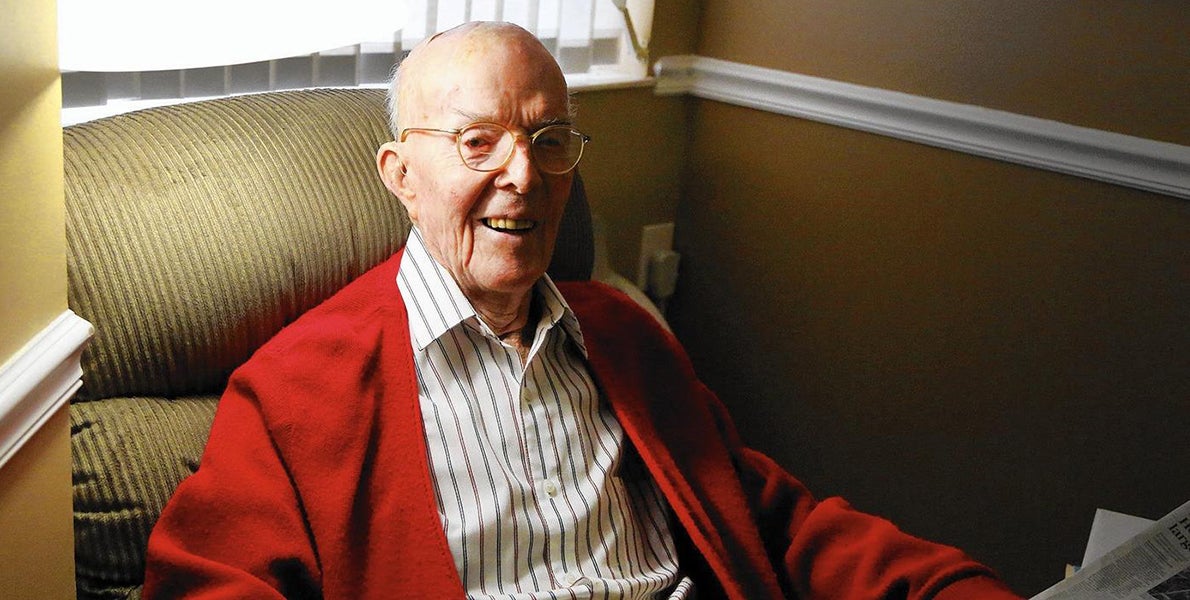 To put that in perspective, in the year Ely was born, 1911, the Army was experimenting with its first aircraft, the Wright Type A biplane, and was just beginning to develop a “maneuver division” concept. And World War I, the “Great War,” was still a few years off.

Ely, who lives in Delray, Fla., has been retired from the military for a half-century. He hung up his uniform in 1966 after a 33-year-career that began during the Great Depression. Ely entered the Army in 1933 and trained as an engineer. In 1937, he was assigned to the South Pacific to help the U.S. Army Corps of Engineers carry out construction projects at Midway and nearby islands.

In a telephone interview, Ely attributed his longevity simply to “good genes, good luck and a wonderful wife” – his beloved Helen, to whom he was married for 74 years. She also achieved centenarian status before passing away at age 100 in 2014.

Ely downplays his title as West Point’s oldest living graduate. “It’s an honor, but a dubious honor – I don’t recommend living to 105,” he said with a laugh. He did use that title in detailing his colorful life in a memoir published in 2015, “The Oldest Living Graduate: A Story About Luck, Love and Longevity.”

He counts as one of his favorite adventures in uniform his participation as a young first lieutenant in the Corps’ dredging of a channel between Midway and nearby Sand Island from 1938 to 1940. That paved the way for a U.S. Navy buildup in those islands, which turned out to be crucial when war with the Japanese broke out in the Pacific. “One of the toughest jobs the Corps of Engineers ever had was opening that harbor for the Navy,” Ely said. “One of my proudest accomplishments was having a part in that.”

When World War II erupted, Ely’s experience at Midway put him in line for another assignment with Sixth U.S. Army, helping to build airstrips, port facilities and housing for U.S. forces advancing through the Pacific.

After the war, Ely helped establish of the Armed Forces Staff College in Norfolk, Va.; served tours in the Pentagon on the Joint Staff and at U.S. European Command headquarters in Paris; and closed out his Army career back at the Pentagon in the office of the director of defense research and engineering.

After retiring from the Army, Ely spent a decade with an engineering firm based in St. Louis and co-authored a biography of Maj. Gen. Leif Sverdrup, who had been Gen. Douglas MacArthur’s chief engineer.

Along the way, Ely’s favorite recreational pursuit in life was golf. In his memoir, he notes that he scored nine holes-in-one over his years on the links.

But he said he’s actually prouder of another personal record: “I shot my age or better more than 2,000 times.”

He won championships at more than 10 clubs, and also built and ran a golf course on the Pennsylvania farm where he grew up. He held a number of tournaments there to raise funds for wounded warriors.

Ely didn’t give up the game until he turned 100 – and he misses it.

Aside from his wife, “I loved golf more than anything,” he said wistfully.