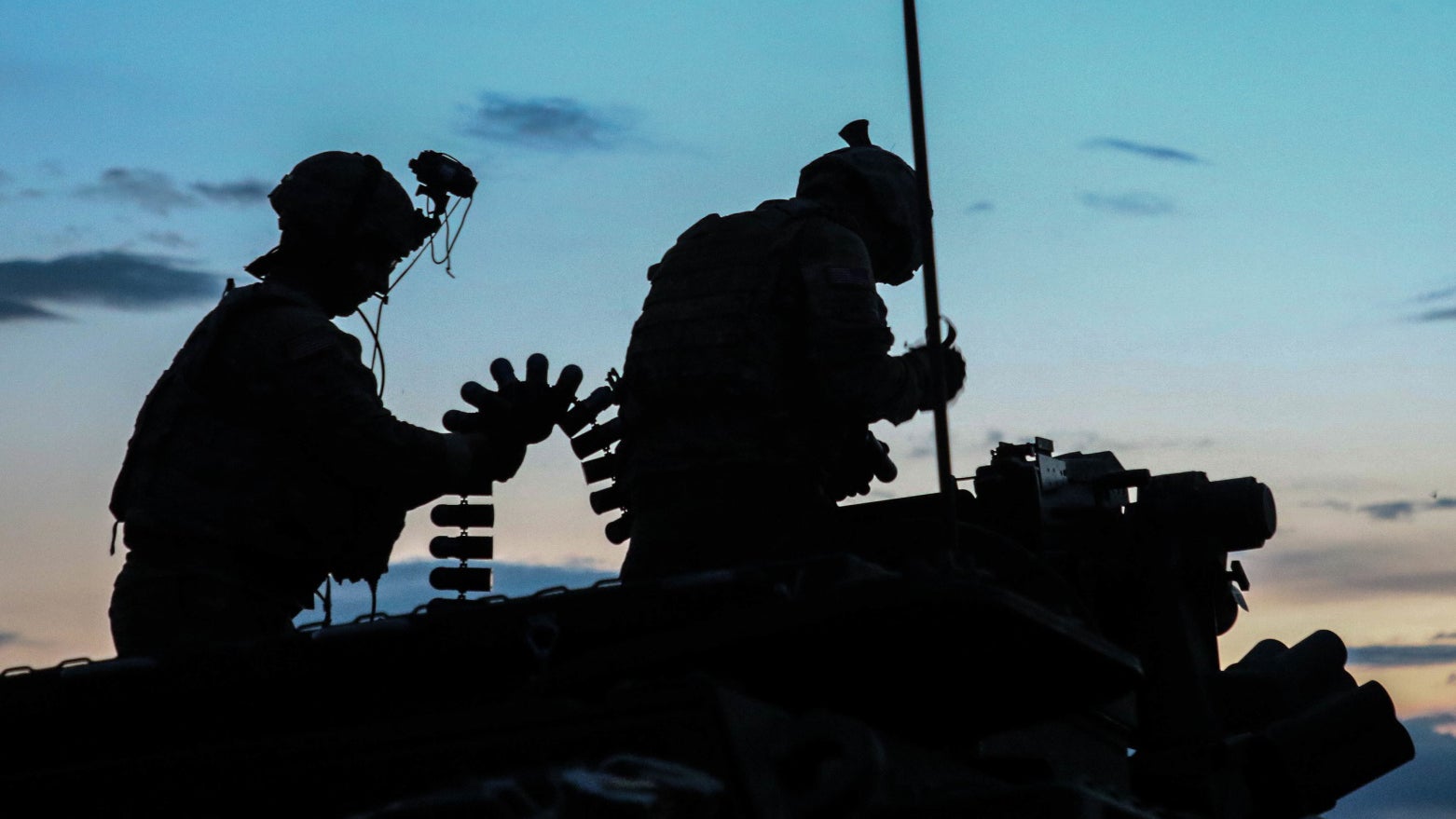 The Army’s next-generation night vision goggle will be fielded in September to soldiers with the 1st Infantry Division’s 2nd Armored Brigade Combat Team from Fort Riley, Kansas, making them the first to receive and deploy with the new equipment.

The Enhanced Night Vision Goggle-Binocular (ENVG-B) is the first piece of equipment to be fielded by the U.S. Army Futures Command, which was stood up a year ago to advance the Army’s modernization priorities and streamline a decades-old, bureaucratic requirements and acquisition process.

Headquartered in Austin, Texas, the Army Futures Command is on track to reach full operational capability on July 31, Gen. John M. Murray, AFC commander, said on July 16 during a demonstration of the new equipment at Fort Myer, Virginia.

The rapid development of equipment like the ENVG-B, he said, has been “the early and often integration of soldier feedback into what we’re working on.”

The device to be fielded first was developed by the Soldier Lethality Cross-Functional Team at Fort Benning, Georgia, one of Futures Command’s eight cross-functional teams created to work on the Army’s highest modernization priorities.

Brig. Gen. David Hodne, head of Army Infantry and director of the Soldier Lethality CFT, said at Fort Myer that “this is the first time we’re taking the approach of treating the squad as a system.”

“We’re not looking for one singular capability that’s going to advance the lethality of our soldiers. We’re looking for a combination of everything that can interconnect with each other,” he said.

The ENVG-B is a helmet-mounted, dual-tube binocular style device that overlays a thermal imaging system and an image intensifier for a single, fused image that can be seen day or night. It also has rapid target acquisition, blue force tracking and unmatched situational awareness.

Another piece under development is a set of two new rifles to replace the M4 carbine and the M249B Squad Automatic Weapon. Vendors competing for the winning design were given a set of criteria, including requirements to make the weapons lighter and fire a common, 6.8 mm round.

“It’s up to them, they’re designing their gun around this cartridge, which is a totally innovative approach to how we’re doing it,” Hodne said.

A decision on the new weapons will be narrowed down to three vendors by August and after additional testing, Hodne expects the Army to select the winning designs by the first quarter of fiscal 2022.

The equipment being developed by the Soldier Lethality Cross-Functional Team, Hodne said, will be issued only to about 100,000 close-combat soldiers who will be on the front lines with a near-peer adversary.