New Vice Chief to Be Sworn In

New Vice Chief to Be Sworn In 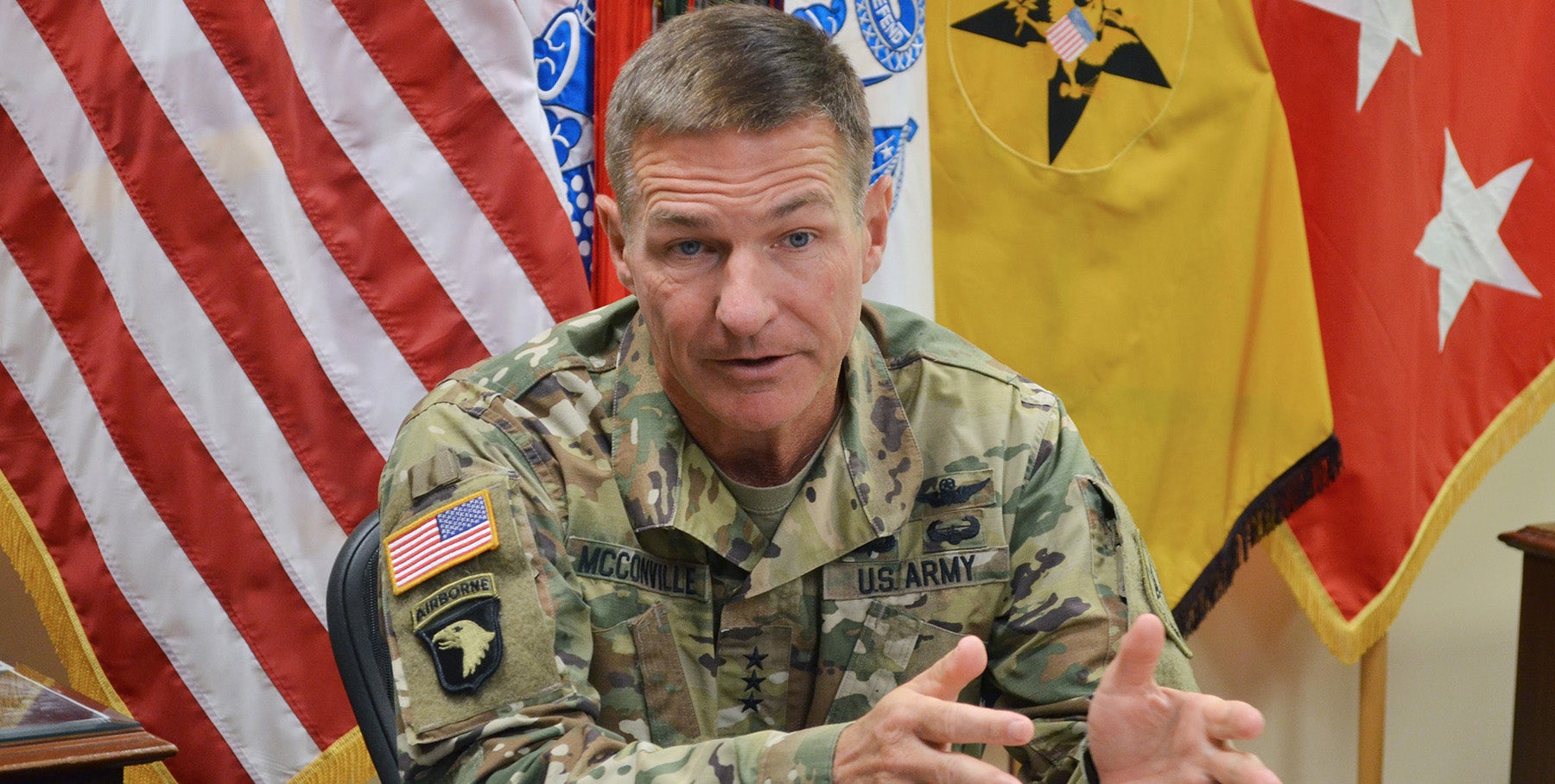 Army personnel chief Lt. Gen. James C. McConville will be sworn in as the 36th vice chief of staff of the Army on June 16.

McConville, who is deputy chief of staff for personnel, will succeed Gen. Daniel Allyn, who has been in the position since August 2014.

McConville is a 1981 graduate of the U.S. Military Academy, and was a National Security Fellow at Harvard University in 2002.

He commanded the 4th Brigade, 1st Cavalry Division in Iraq in 2004 and 2005, and was deputy commanding general for support of the 101st Airborne Division in Afghanistan in 2008 and 2009.

In May 17 testimony before Congress, McConville said, “At the end of the day, the Army is people.” As the most important asset of the Army, “We must ensure they have the required resources so they are ready when called upon.”

McConville’s nomination and promotion to general were approved by the Senate on May 25.

Allyn, also a 1981 graduate of the U.S. Military Academy, has been a strong proponent for steady, predictable funding, warning Congress that short-term spending measures and erratic funding levels are hurting the force. “This is a challenging time for our nation and certainly for our Army,” he said in February when warning “sufficient and consistent funding is essential to build and sustain current readiness, progress towards a more modern, capable force sized to reduce risk for contingencies, and recruit and retain the best talent within our ranks.“