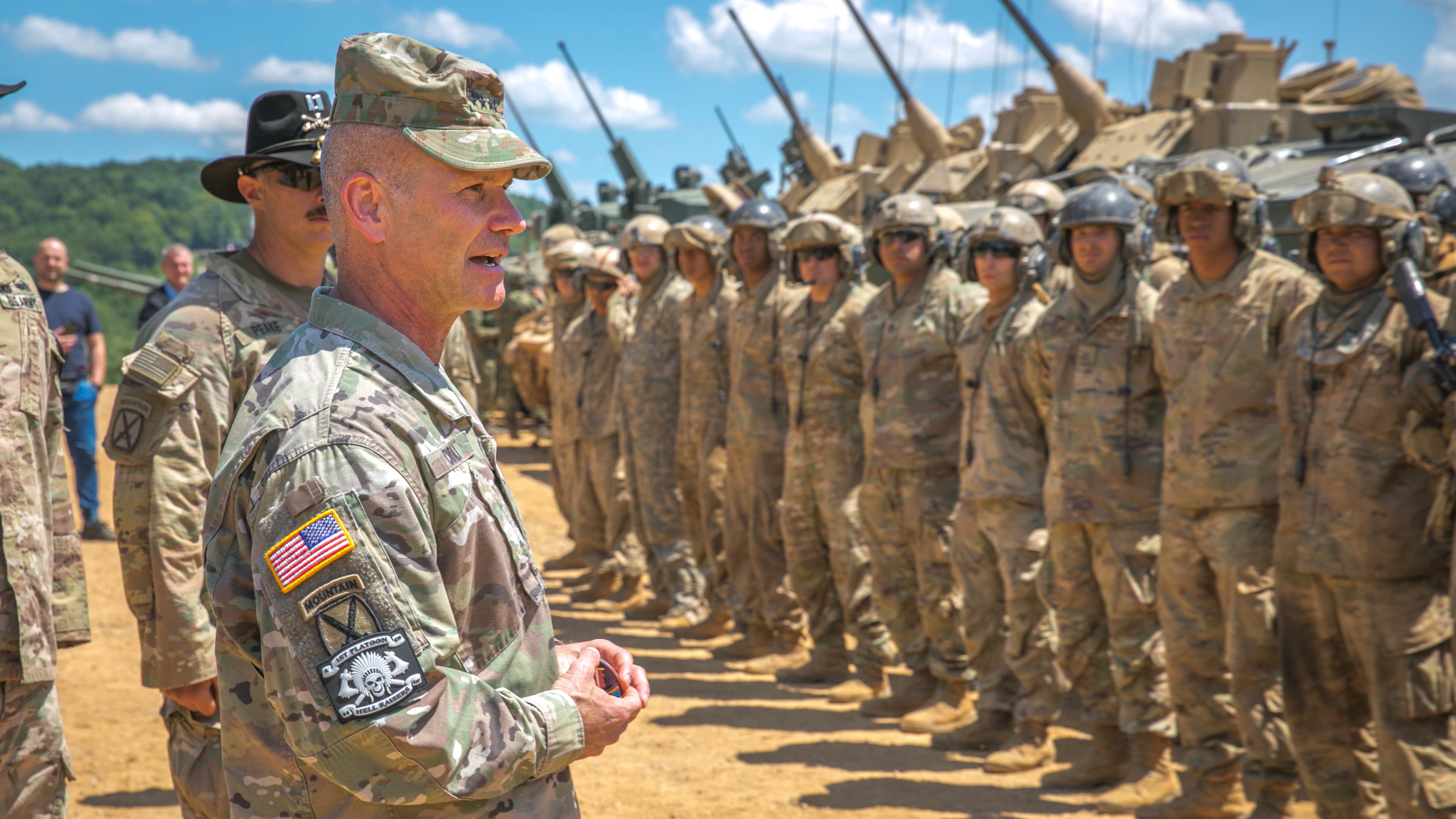 Two new units being stood up in Europe will provide the Army with capabilities to “close any gaps” in combat power on the battlefield, the commander of U.S. Army Europe and Africa said.

In remarks at the Fires Conference 2021, hosted virtually by the Fires Center of Excellence at Fort Sill, Oklahoma, Gen. Christopher Cavoli said the first Multi-Domain Task Force in Europe will “close any gaps in combat ratios that we see in a ground force adversary … with an advantage against us.”

The Multi-Domain Task Force was activated in a Sept. 16 ceremony in Wiesbaden, Germany.

The task force comprises field artillery; composite air and missile defense; intelligence, cyberspace, electronic warfare and space; aviation and a brigade support element. As part of its capabilities, the task force will be able to do reconnaissance across all domains to detect threats and respond if necessary, Col. Jonathan Byrom, the task force commander, said at the ceremony.

“We are giving arrows into the quiver of that combatant commander to use to achieve whatever effect that he wants … and that really depends on where we are at in the combat continuum,” Byrom told reporters in Europe after the ceremony, according to Stars and Stripes.

An adversary that could seem to “outgun” the Army and its allies and partners with a greater number of fires pieces, Cavoli said at the Fires Conference, is not how he predicts the fight will happen.

“We don’t think we are going to fight that way,” he said. “We will use different targeting methodologies as well as non-lethal capabilities,” available through the task force and the 56th Fires Command, which is on track to be activated by mid-October.

The Multi-Domain Task Force is the second unit of its kind in the Army. The first is focused on the Indo-Pacific theater, where it was tested in several multinational exercises.  The 56th Fires Command, a theater-level asset, will boost readiness and multinational interoperability by integrating joint and multinational fires in exercises and operations.

The two new units “will enable U.S. Army Europe and Africa to synchronize joint fires and effects, control future long-range fires across all domains, and will create more space, cyber and electronic warfare capabilities in Europe,” the command said in an April news release when the units were announced.