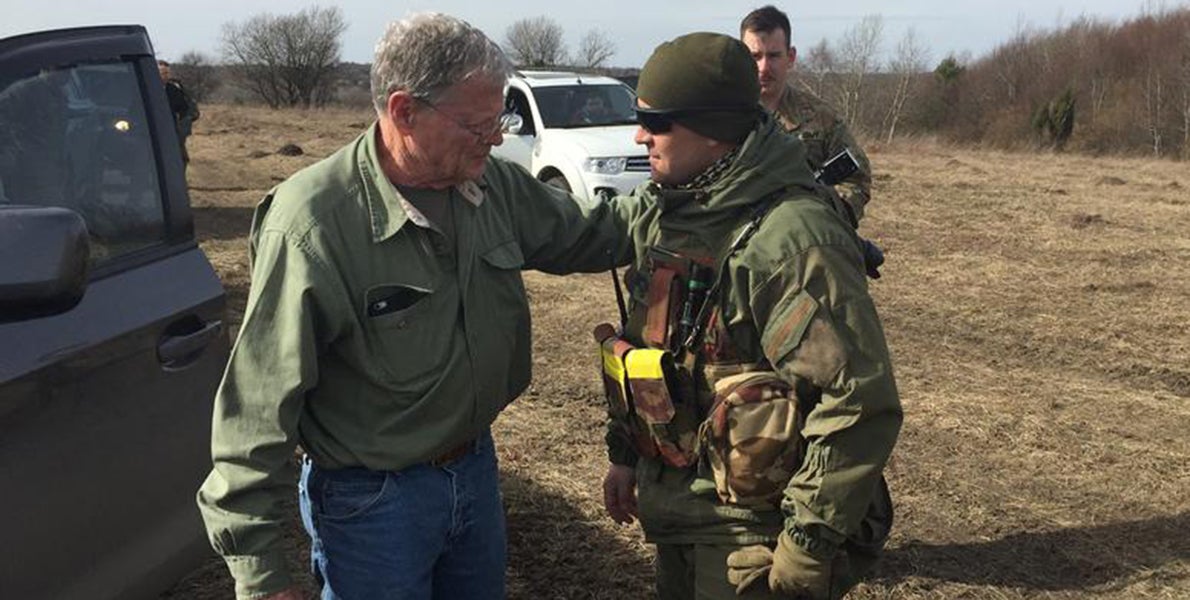 The new chairman of the Senate Armed Services Committee is an 83-year-old former Army clerk who has been keenly interested in Army programs, especially artillery, and a strong opponent of base closing.

Sen. Jim Inhofe, R-Okla., was drafted into the Army in 1957, going through boot camp at Fort Chaffee, Ark., and serving as a clerk at Fort Lee, Va., leaving the service as a private first class. While being drafted interrupted his college education, he said it wasn’t a bad thing. “It changed my life in a way that is the greatest single experience that I’ve ever had,” Inhofe said. “I wouldn’t be doing what I am doing today if it had not been for that, the discipline that comes from being in the military.”

Inhofe was named chairman of the powerful Armed Services Committee on Sept. 5, succeeding the late Sen. John McCain of Arizona, who died Aug. 25 from a brain tumor.

After his two-year hitch in the Army, Inhofe spent 30 years as a businessman in land development, insurance and aviation before starting a career in public service that included serving in the Oklahoma House of Representatives and Senate. He was mayor of Tulsa, Okla., from 1978 to 1984 before being elected to the U.S. House of Representatives in 1986. He was first elected to the U.S. Senate in 1994.

Inhofe had been serving as acting Armed Services Committee chairman while McCain was receiving cancer treatment.

In a statement, Inhofe said he’s committed as chairman to addressing the “new and unprecedented threats” facing the U.S. “while maintaining a staunch commitment to service members and their families.” He also mentioned continuing the committee’s long tradition of “rigorous accountability and oversight.”