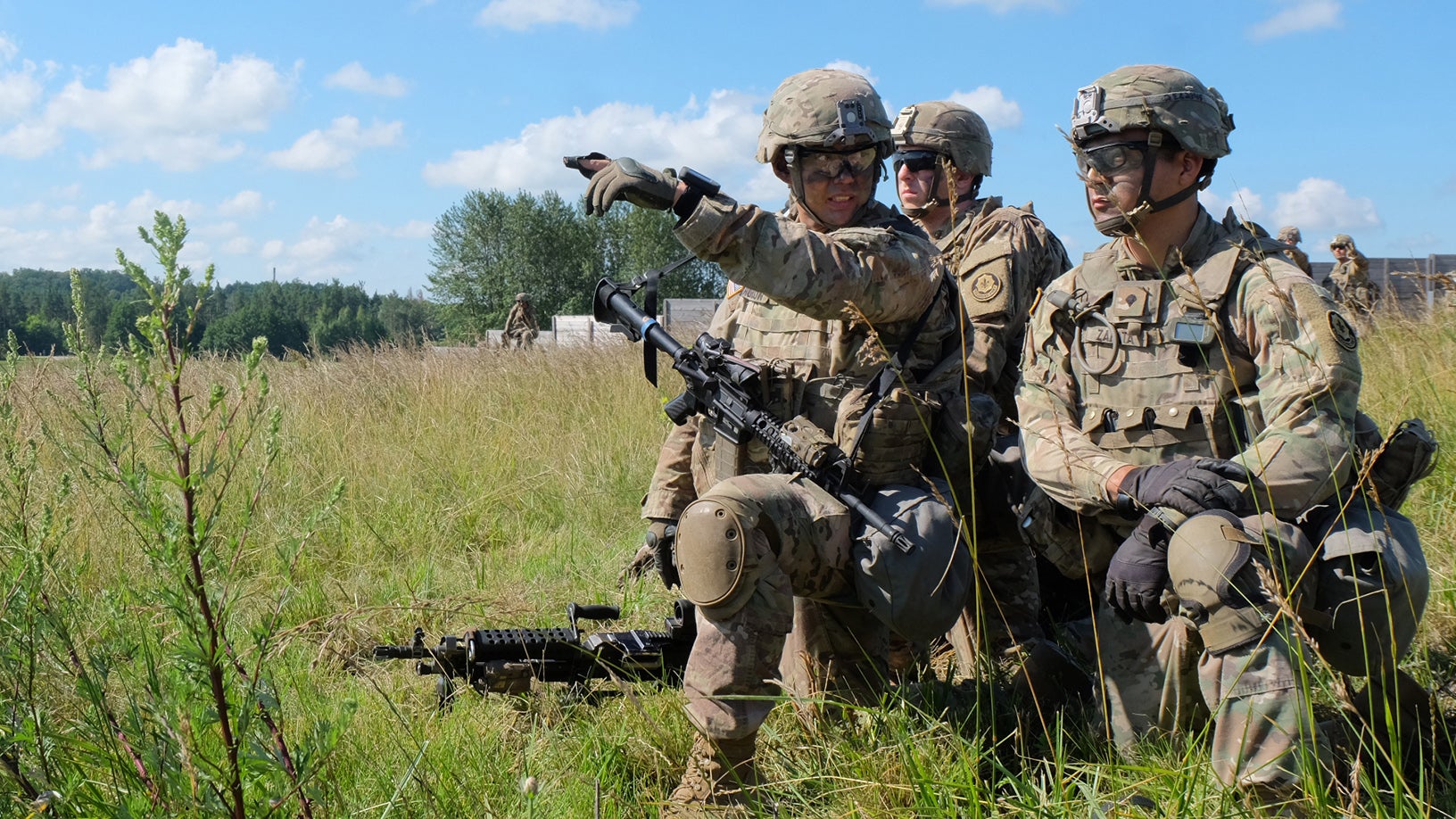 The NATO partnership has changed its posture from assurance to deterrence in Europe, said Lt. Gen. Darryl Williams, who leads the multinational organization’s Allied Land Command.

“The magic word going around in NATO is adaptation,” Williams said. A recent and significant adaptation is the formation of an international land defense mission based in Eastern Europe, he said.

Williams made his remarks this morning at a panel discussion at the Association of the U.S. Army Annual Meeting and Exposition in Washington, D.C. Williams led the event and spoke before an international audience that packed the venue.

The mission was formed in the wake of Russia’s 2014 intervention in eastern Ukraine and Crimea, Williams said. During discussions at the NATO 2016 Warsaw Summit, the partners agreed to respond to the intervention by strengthening the Allies’ presence in Eastern Europe, Williams explained.

It prompted the biggest reinforcement of Alliance collective defense in a generation, Williams said.

The Enhanced Forward Presence consists of four multinational battlegroups based in Estonia, Latvia, Lithuania and Poland, on a rotational basis. The battlegroups are led by Canada, Germany, the United Kingdom and the U.S.

“The brigades are lethal,” Williams said.

The lethality stems from armor, artillery and other warfighting materiel, employed by highly trained, capable and dedicated forces, the panelists indicated.

The multinational structure is not without its challenges, the panelists said. Among them has been to build cohesion among the participants.

“Not everyone speaks English,” said Lt. Col. Wade Rutland, a Canadian officer who commands the battlegroup based in Latvia. In order to make sure everyone receives vital messages, Rutland said, he sends them out in five languages.

Additionally, Rutland said, the various personnel did not know one another’s ranks and tanks. The answer was to educate them.

“Language and cultural issues come into play,” echoed Capt. Brage Reinass of the Norwegian contingent of the battlegroup in Lithuania. “It’s important to be aware of it.”

No matter how disparate the soldiers’ origins, the panelists emphasized, they are united in a common cause: defense.

They also are motivated.

“If conflict happens in Europe, it will happen at a small scale,” said Williams.

Hence, the units train, often and intensely. Living in the shadow of Russia, the troops prepare for the possibility that they one day may fight alongside one another. The Enhanced Forward Presence aims to ensure that they are prepared.

“This is the most powerful alliance in the world,” Williams said.