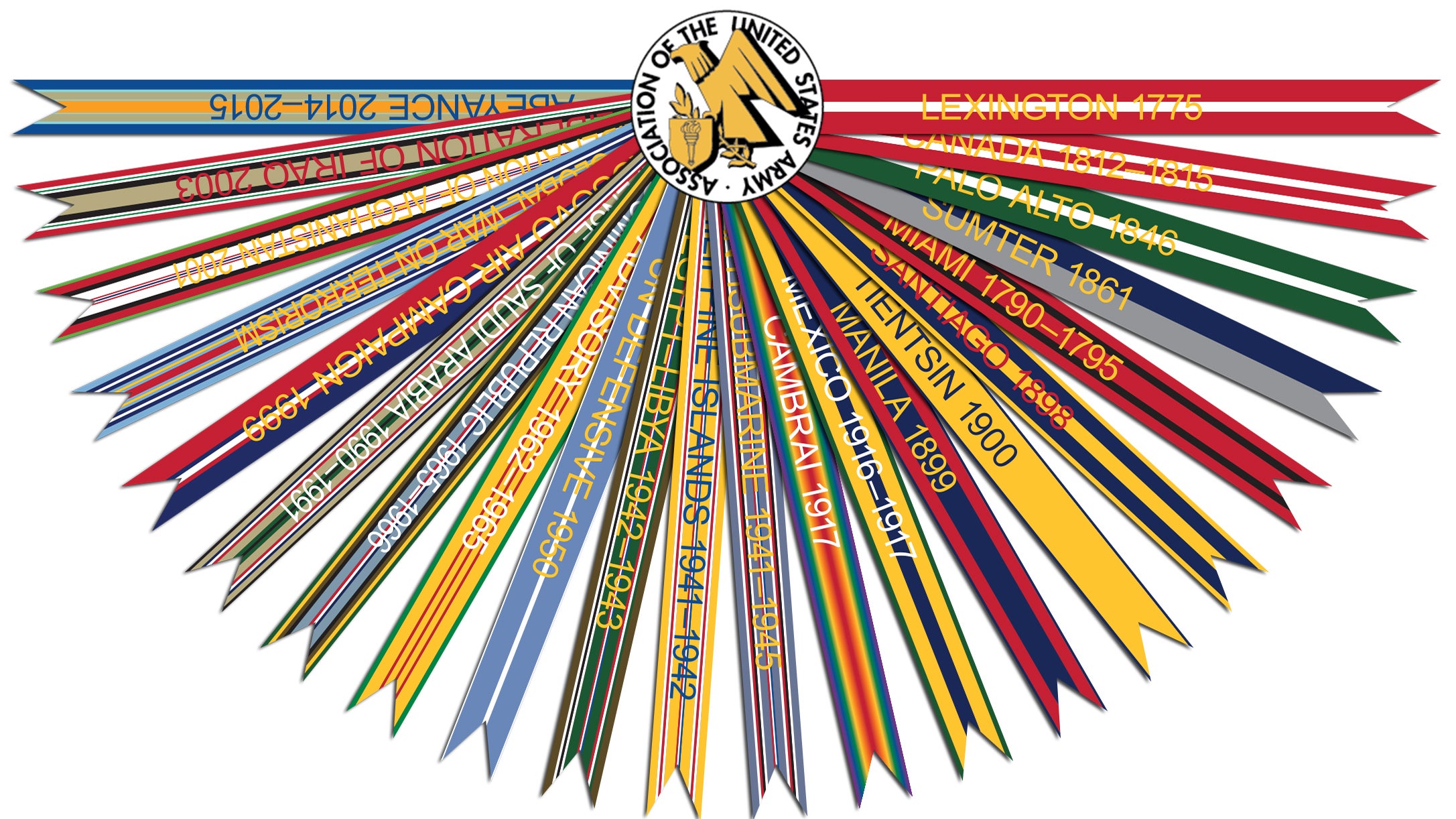 From the Revolutionary War to the ongoing fight against the Islamic State group in Iraq and Syria, campaign streamers have told the story of the U.S. Army.

Those streamers, which are affixed to the Army flag, are showcased in a new book from the Association of the U.S. Army’s Institute of Land Warfare.

Campaign Streamers of the United States Army was first released in 2009. This new edition is its first update and includes the ongoing campaign in Afghanistan as well as Operation Inherent Resolve in Iraq and Syria.

While the Army’s story is told in many ways—through acts of valor, unit patches, the naming of posts and training areas, for example—campaign streamers have a special place in Army heraldry, retired Gen. Carter F. Ham, president and CEO of AUSA, wrote in the foreword to the book.

“From Lexington to the ongoing campaigns of today, the Army’s streamers span the history of our nation and our Army,” he wrote. “They reflect the sacrifice, service and honor of the American soldier through many generations and remind us all how different our nation would be but for those who have worn the uniform of our nation in the hardest of times.”