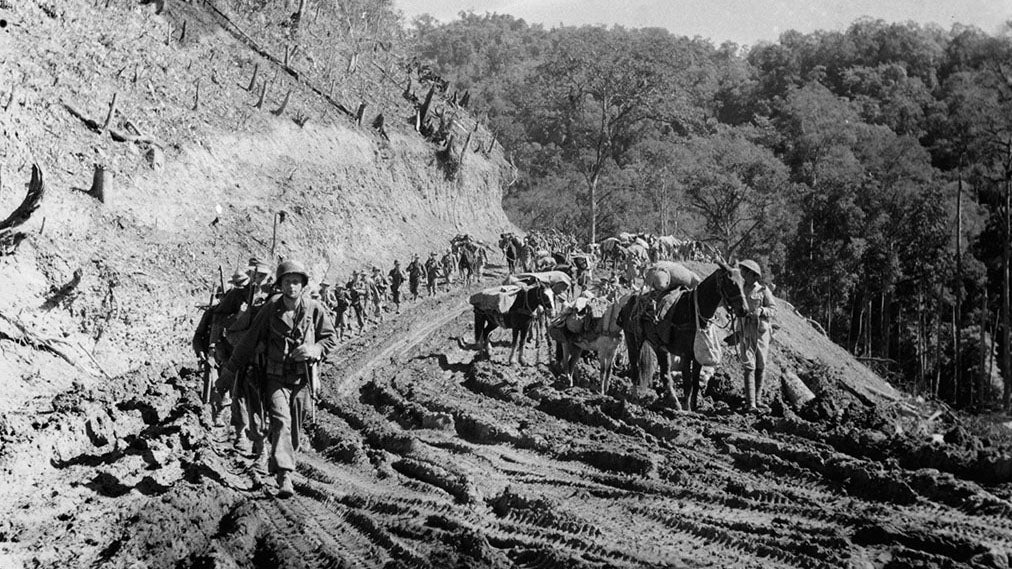 Nearly 80 years after their heroic actions during World War II, the Army’s famed Merrill’s Marauders will be showcased in a documentary scheduled for release in March.

They Volunteered For This: Merrill’s Marauders will premiere at the University of North Georgia’s Dahlonega campus on March 3. It is being produced by the World War II Foundation and award-winning filmmaker Tim Gray.

Some of the surviving Marauders, including Gabriel “Gabe” Kinney, who celebrated his 101st birthday Feb. 2, and Gilbert Howland, 98, are slated to attend, according to the 75th Ranger Regiment Association.

Named after their commander, then-Brig. Gen. Frank Merrill, the 2,997 Americans who served in the 5307th Composite Unit were known as Merrill’s Marauders. The soldiers marched and fought through jungles and mountains in Burma, now known as Myanmar, and defeated the Japanese 18th Division in five major and 30 minor engagements, according to the Army.

The men who served as Merrill’s Marauders volunteered for an unknown “dangerous and hazardous” mission in 1943, according to the Army. That mission was to disrupt Japanese supply lines and communications in Burma and capture the Japanese-held airfield in Myitkyina.

Outnumbered and ravaged by disease, Merrill’s Marauders marched over 1,000 miles and successfully captured the airfield.

“We were expendable,” Sam Wilson, a Marauder and retired Army lieutenant general who died in 2017, once said, according to the Army. “A plan existed on paper to get us into Burma, but no plan existed to get us out.”

Despite the passage of time, Wilson told the Army that today’s infantrymen can still learn from Merrill’s Marauders.

"Knowing we could always take one more step became a mantra—a theme—that has the same application to today's Marauders,” Wilson said. “Today's motivated and well-trained infantryman knows how to take that next step, which is a universal truth that has a timeless application to the infantry doughboy.”