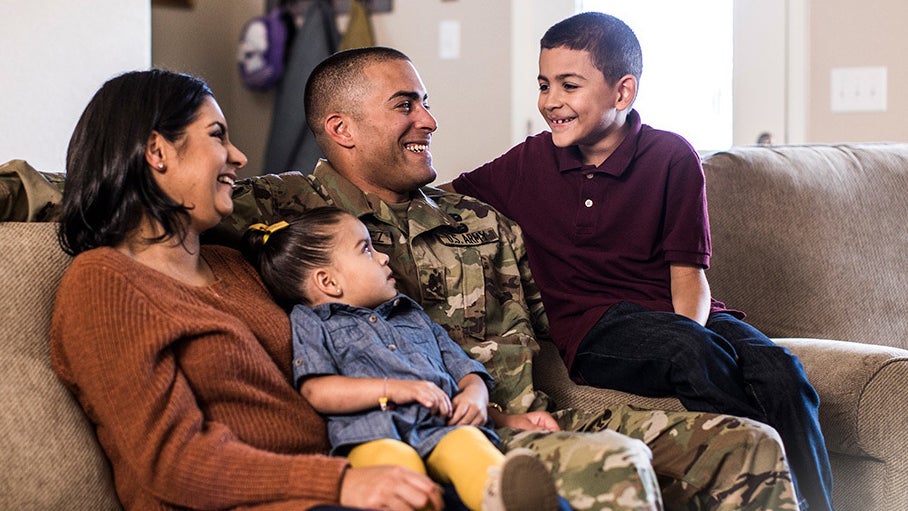 A new Army directive on parenthood, pregnancy and postpartum policies will ensure that soldiers can progress in their careers while growing their families, Army leaders said.

"We recruit soldiers, but we retain families,” Army Chief of Staff Gen. James McConville said in a press release announcing the changes. “Winning the war for talent means making sure our best and brightest people don’t have to choose between service and family."

“[The directive] is a huge thing to improve quality of life,” said Staff Sgt. Nicole Edge, founder of The Army Mom Life, a Facebook group for women navigating motherhood while serving, and an author of the white paper that inspired the Army directive. “I think it's going to be extremely impactful with retention, but I also think it is going to be huge for recruitment as well.”

“This directive seeks to normalize parenthood and extend benefits and accommodations to all new parents: dual/single military, single moms and dads,” she wrote. “Our Army is 404,000 parents strong and growing.”

Of the more than 400,000 parents serving in the total Army, about 29,000 are single fathers, according to the Army. They outnumber single mother soldiers by a three-to-one ratio.

The directive is part of a larger shift acknowledging the modern military family, said Amy Kramer, special assistant to the Army undersecretary. Multiple policies recognize the role of fathers, including convalescent leave policy, which authorizes convalescent leave for soldiers whose spouse has a miscarriage or stillbirth.

“For the 180,000 women in uniform, for the 400,000 parents in the Army, at some point in their careers, they will be affected by one or more of the policies in this directive,” Kramer said. “That’s the long-term investment in readiness.”

The directive normalizes parenthood in the force and is a reminder that “the Army wants to put people first,” said Maj. Sam Winkler, who was on the working group that wrote the directive.

The directive is available here.