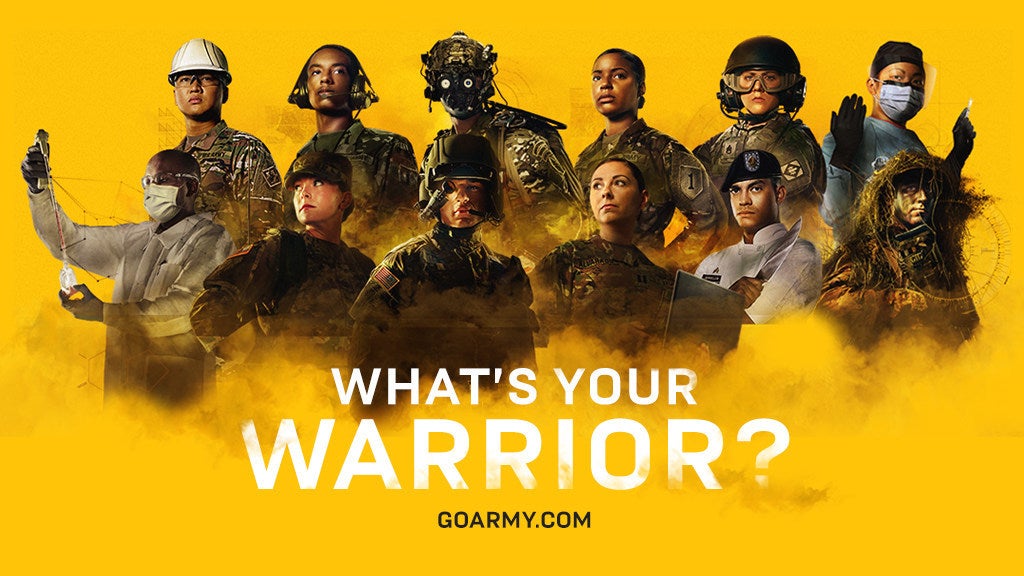 A dozen real soldiers in different career fields are at the heart of the newest iteration of the Army’s “What’s Your Warrior?” social media-centered recruiting campaign.

Launched in November 2019, the first phase of the “What’s Your Warrior?” campaign was an effort to reach the Gen Z cohort and talented people who knew little of the Army and its career opportunities. The splashy campaign featured five soldier figures with different jobs and was part of an overhaul of the Army’s recruiting machine.

The second phase, launched Jan. 12, is designed to draw young people in by letting them immerse themselves in an Army job through the eyes of the soldiers who are living it. By using monikers for the soldiers’ jobs rather than the words used in an MOS description, the campaign makes their diverse specialties more recognizable, much like a character in a superhero series.

For example, Sgt. Josthin Josue Servellon Hernandez, a culinary specialist and one of the 12 soldiers profiled, is given the name “The Replenisher.” Maj. Derese Getnet, a microbiologist, is called “The Virus Hunter,” while Sgt. 1st Class Jean-Noel Howell, an infantryman and sniper, is “The Chameleon.”

The soldiers and their monikers have taken over the @GoArmy social media channels for a new series called “Warrior Weeks,” where potential recruits can get a day-in-the-life perspective. The series is taking place on YouTube, Instagram and Facebook through April 2.

A refreshed version of Army Career Match, a tool on www.goarmy.com that uses an interactive quiz to help potential recruits navigate the Army’s 150 jobs, was also launched.

The first phase of the campaign was designed to appeal to Gen Z, “and we know they liked what they saw thanks to a nearly 53% spike in online interest in the first year alone," Maj. Gen. Alex Fink, chief of the Chicago-based Army Enterprise Marketing Office, said in a news release. "To continue the momentum, now we're inviting youth deeper into this world through the eyes and experiences of real soldiers.”

After failing to meet its 2018 recruiting mission by 6,500 soldiers, the Army overhauled its outdated recruiting strategy by refreshing a decades-old website, increasing the number of recruiters and targeting growing population areas in cities that had not previously been the focus of recruiting.

Army marketing also shifted its spending from television ads to social media to reach the 18- to 22-year-olds who spend most of their time on those online platforms.