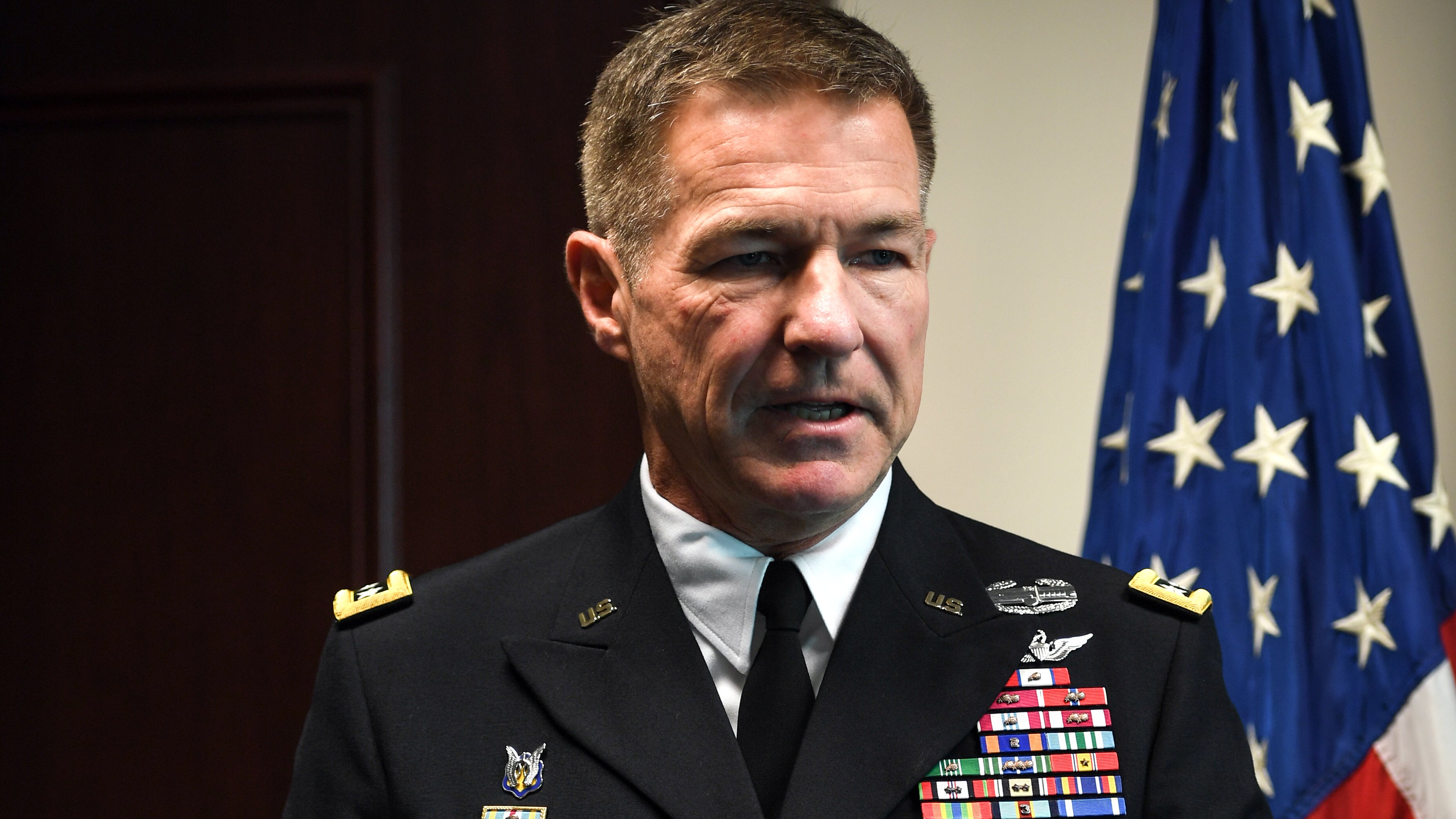 Gen. James C. McConville, the newly sworn-in Army chief of staff, had two simple messages to the force: winning matters, and people will always be his top priority.

“We don’t go to participate. We don’t go to try hard. We go to win,” McConville said. “There’s no second place or honorable mention in combat. Winning matters.”

To win, the Army relies on and must take care of its people, McConville said. Soldiers, families, Army civilians, retirees and veterans “are our Army’s greatest strength,” he said, and “it is our people who will deliver on our readiness, modernization and reform efforts.”

McConville was sworn in alongside Command Sgt. Maj. Michael A. Grinston, who became the 16th sergeant major of the Army, during a ceremony Aug. 9 at Joint Base Myer-Henderson Hall, Virginia.

The ceremony, hosted by acting Army Secretary Ryan D. McCarthy, marked the latest in a series of changes to the Army’s top leadership ranks.

In becoming the 40th Army chief of staff, McConville succeeds Gen. Mark A. Milley, who has been confirmed to be the next chairman of the Joint Chiefs. Grinston succeeds Sgt. Maj. of the Army Daniel A. Dailey as the Army’s top enlisted soldier. Dailey had been in the job since January 2015.

The elevation of McConville from vice chief of staff to be the Army’s top general officer provides important continuity to the force, McCarthy said. There is no senior leader better prepared than McConville, who is the first Army aviator to serve as chief, to lead the Army through a massive and “risky” transformation, McCarthy said.

McCarthy also paid tribute to Milley and Dailey, crediting them with improving the Army’s readiness and setting the force on the path it’s on.

Milley’s tenure as chief “has been one of the most consequential in recent Army history,” McCarthy said, citing the general’s leadership as the Army began a “long overdue” shift from counterinsurgency operations to preparing for great-power competition.

Milley led the force as it developed its six modernization priorities and stood up the U.S. Army Futures Command, the biggest structural change within the service in decades. He also led the Army to form its security force assistance brigades, “recognizing the Army has not seen the last of counterinsurgency operations or the train-and-equip mission that goes with it,” McCarthy said.

The Army has achieved a lot in the past four years, but there is much more to be done, Milley said. “Our Army has momentum, and we need to build upon it over the next several years. We know the United States Army is very expensive, but we also know that losing a war is far more costly,” he said.

The Army is in good hands with McConville and Grinston, Milley said. “The Army got it right,” he said, calling McConville “one of the most courageous and thoughtful officers I’ve ever served with,” and together, they’re “the right leaders at the right time.”