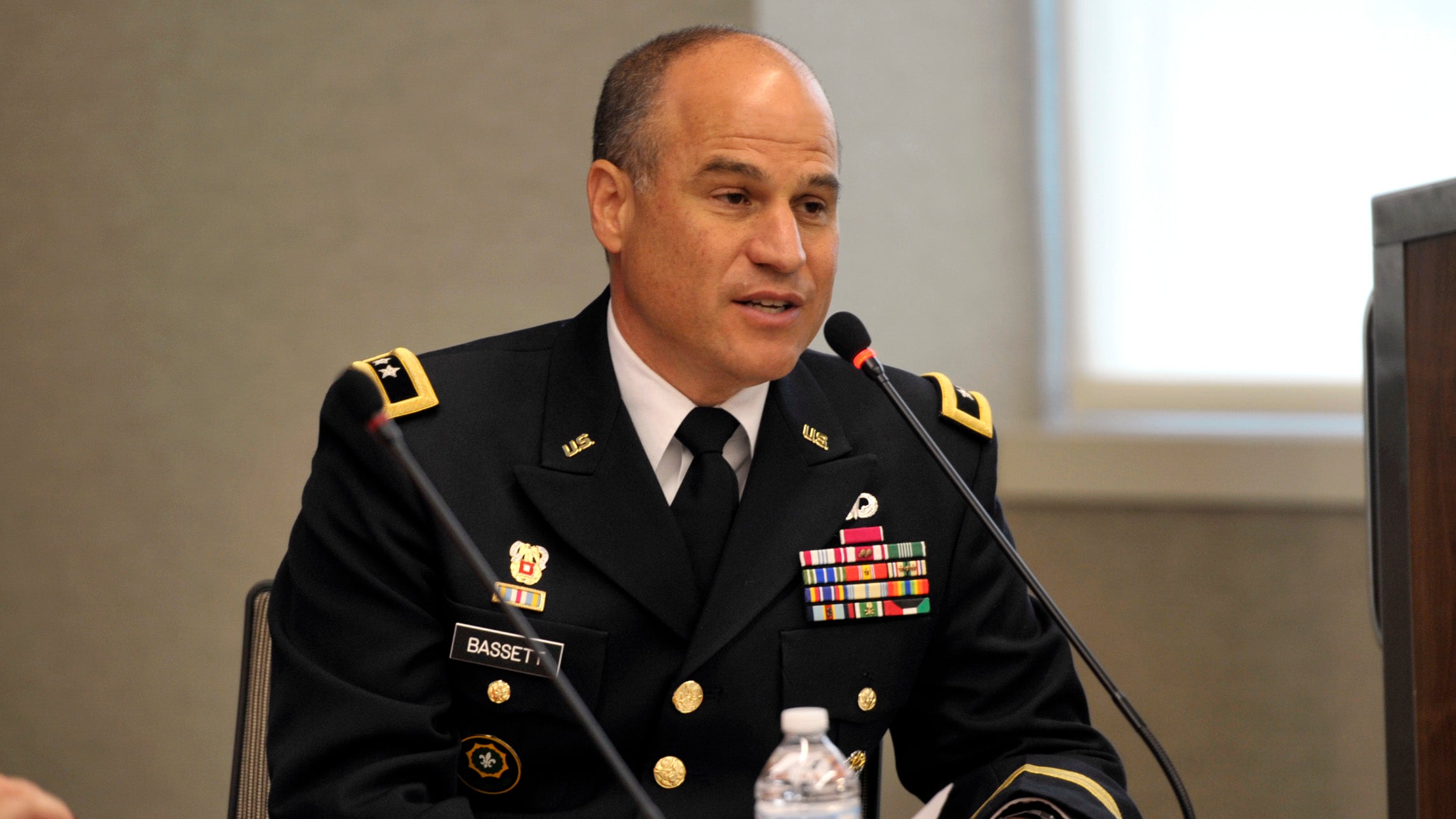 Today’s Warrior Corner featured a panel presentation with representatives from the Army’s Network and Assured Precision Navigation and Timing Cross Functional Teams (CFT). Hosted by the Network CFT, the briefings served to emphasize the cooperation existing within and between the Army’s eight CFTs.

The panel opened with a vision of the future Army network, with Angela Dalton, communications and networking systems group supervisor at Johns Hopkins University Applied Physics Laboratory, describing a “more ‘morph-able’ mission network, where we can enable the exchange of the most critical mission data even in the face of very dynamic conditions; system and environmental and threat conditions where the network will adapt to the mission context and to evolving commander's intent, reconfigure intelligently at machine speed, and not have the warfighter have to actually take the attention away from the mission to turn knobs and configure the network.”

She pointed to a number of “relevant technologies” that will likely be explored to provide that network vision.

As director of the Assured Precision Navigation and Timing CFT, one of two “crosscutting” CFTs, William Nelson explained that this designation reflected the fact that GPS is “fundamentally embedded in everything we do.”

“I mean, it’s everywhere,” he said, also offering a range of examples where positioning and timing data is critical to the operation of most defense systems.

Nelson said cooperation across CFTs reflected this platform dependence, adding that the cooperation will be further extended to industry partners through a soon-to-be-announced industry day that will be held in Austin, Texas, “in the February/March time frame.”

Maj. Gen. Peter Gallagher, director of the Network CFT, emphasized the cooperation existing between his office, which provides the “what” of the network and that of Maj. Gen. David Bassett, program executive officer, Command, Control, Communications–Tactical, whose office provides the “how” of the network.

Bassett echoed those sentiments, describing “a real partnership” between his PEO office and the CFT and identifying a number of resulting items and capabilities that will soon be demonstrated at Fort Bliss, Texas, in November during Network Integration Evaluation 19.1, as well as other upcoming venues.

“We’ve got this tremendous amount of energy coming into the modernization area, helping to define really what the art of the possible is … to take good ideas and technology and translate those into operational capabilities that our soldiers can employ, operate, train and maintain.”