NCO and Soldier of the Year Announced

NCO and Soldier of the Year Announced 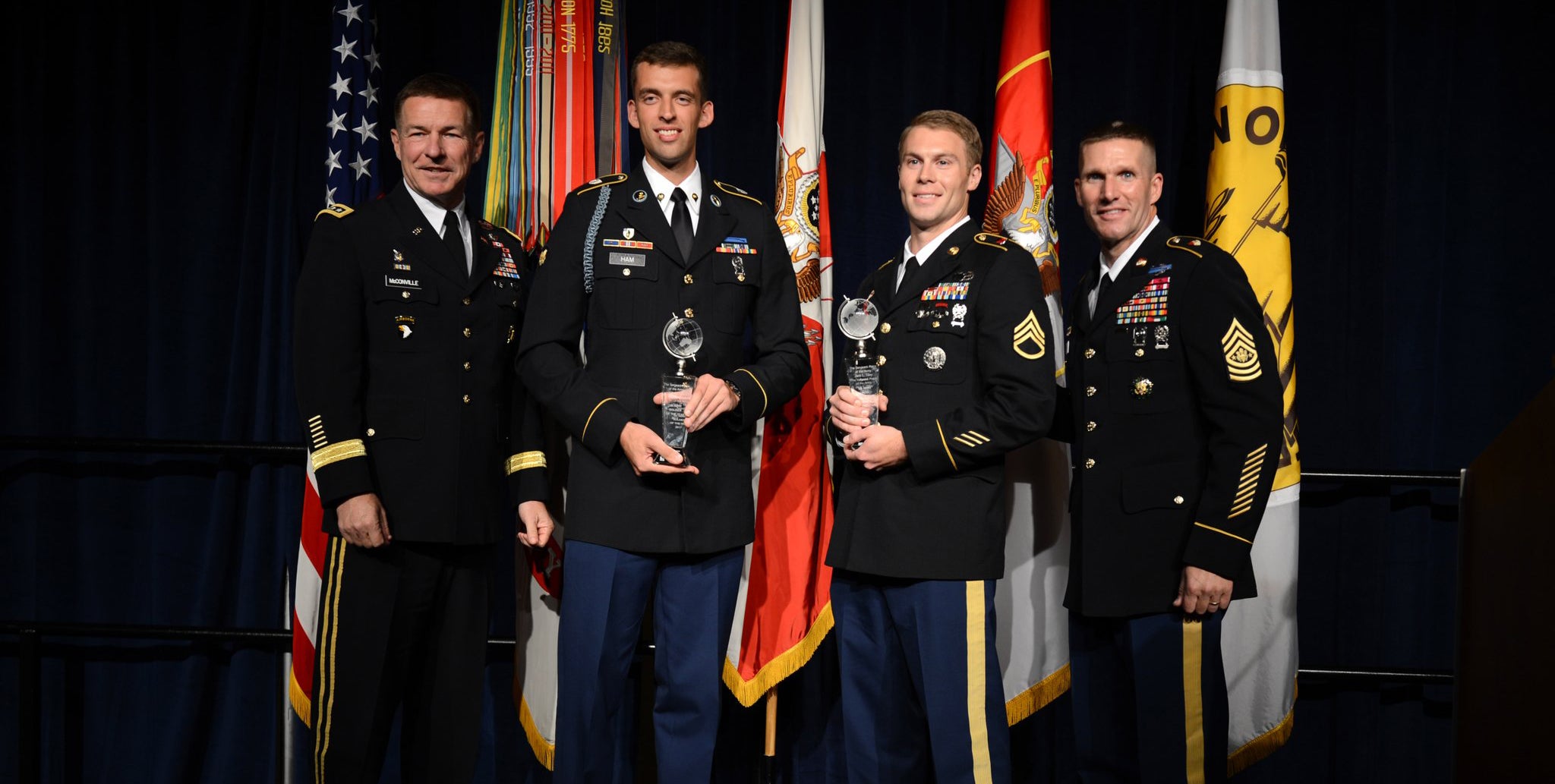 The winners of the U.S. Army Best Warrior Competition were announced today during an awards luncheon at the Association of the U.S. Army’s Annual Meeting and Exposition in Washington, D.C.

Spc. Hazen Ham, U.S. Army Pacific, is the Army’s Soldier of the Year, and Staff Sgt. Ryan McCarthy from U.S. Army Training and Doctrine Command is the Noncommissioned Officer (NCO) of the Year.

“They are highly trained, extremely well-disciplined and they set the example in being physically fit. They are the best of the best,” he said.

Ham has been in the Army for nearly two years, and serves as an infantryman with the 25th Infantry Division. McCarthy is a combat engineer with nine years of service, including deployments to Iraq and Afghanistan, and is currently stationed at Fort Leonard Wood, Mo.

McConville asked Schroeder a question when they first met: Should an NCO teach soldiers what to think, or how to think?

The answer Schroeder gave, McConville said, is to first teach what to think. “He [Schroeder] told me that we need to train them to move, shoot and communicate. We need to make them masters of their profession, and instill the Army values, before anything else,” McConville said.

Smith is a combat veteran who was wounded by an 82 mm recoilless rifle in Kandahar, Afghanistan, causing him to lose part of his leg. After a difficult recovery, Smith became command sergeant major for the 101st Airborne Division.

“When he stood in front of the division, every soldier knew he led from the front,” McConville said.

“Those are the kind of NCOs the Army needs.”

“This award recognizes one thing – lifelong service to soldiers and their families,” Dailey said.

Kroesen is a former Army vice chief of staff who has been in combat and received Purple Heart medals in World War II, Korea and Vietnam.

Speaking of his 41 years in the Army and his life of service, Kroesen said, “I would do it all over again if I had the opportunity.”

He added, “Today’s soldiers are a continuation of the incredibly important work the Army has been doing for over 200 years.”