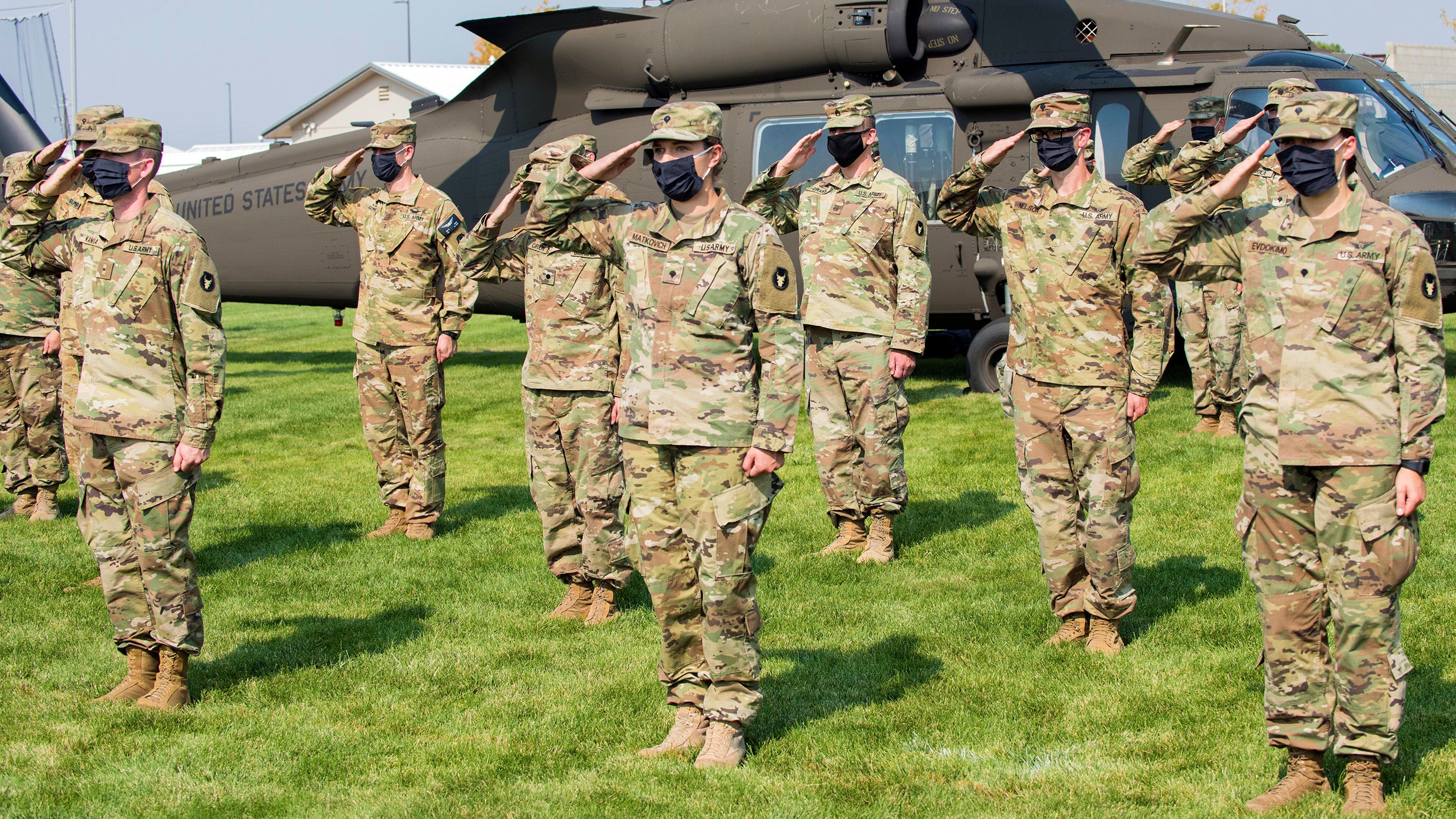 At the highest point of activity in June, “we had 99,000 Army Guardsmen on some sort of duty order in support of COVID-19 response, civil unrest response and the overseas mission,” Jensen said Oct. 13 in a seminar during AUSA Now, the virtual annual meeting of the Association of the U.S. Army.

He noted that in addition to those missions, National Guard troops continue to be deployed nearly constantly in support of the firefighting mission in the country’s western states, the U.S.-Mexico border mission, and the flurry of damaging hurricanes. Add to that “the upcoming elections, and we’ve rounded the mission triad,” Jensen said.

Maj. Gen. Matthew Beevers, assistant adjutant general of the California National Guard, said during the seminar that there are currently 2,000 Guard troops from California and surrounding states helping to fight wildfires burning in an area roughly the size of Connecticut.

The fires, he said, have “demonstrated the capability of our Army aviators.” Helping the Guard in the fire mission are soldiers from Canada, Israel and Mexico, and “15 helicopters from across Guard nation,” which he said included aviators from National Guard units in Arizona, Idaho, West Virginia, Utah, Wyoming and Wisconsin, with additional help arriving soon from Mississippi and Oklahoma.

“This type of flying builds readiness. Our crews aren’t simply doing laps around Fort Hood banking hours. This flying absolutely ensures that lives will be saved in the war fight,” Beevers said.

Air Force Maj. Gen. Paul Knapp, adjutant general of the Wisconsin National Guard, whose troops are still responding to civil unrest in the state, and Col. Timothy Kemp, commander of the Minnesota National Guard’s 1st Armored Brigade Combat Team, 34th Infantry Division, who described the brigade’s activities in support of civil unrest in Minneapolis earlier this year and the unit’s recent rotation at the National Training Center at Fort Irwin, California, also participated in the seminar.