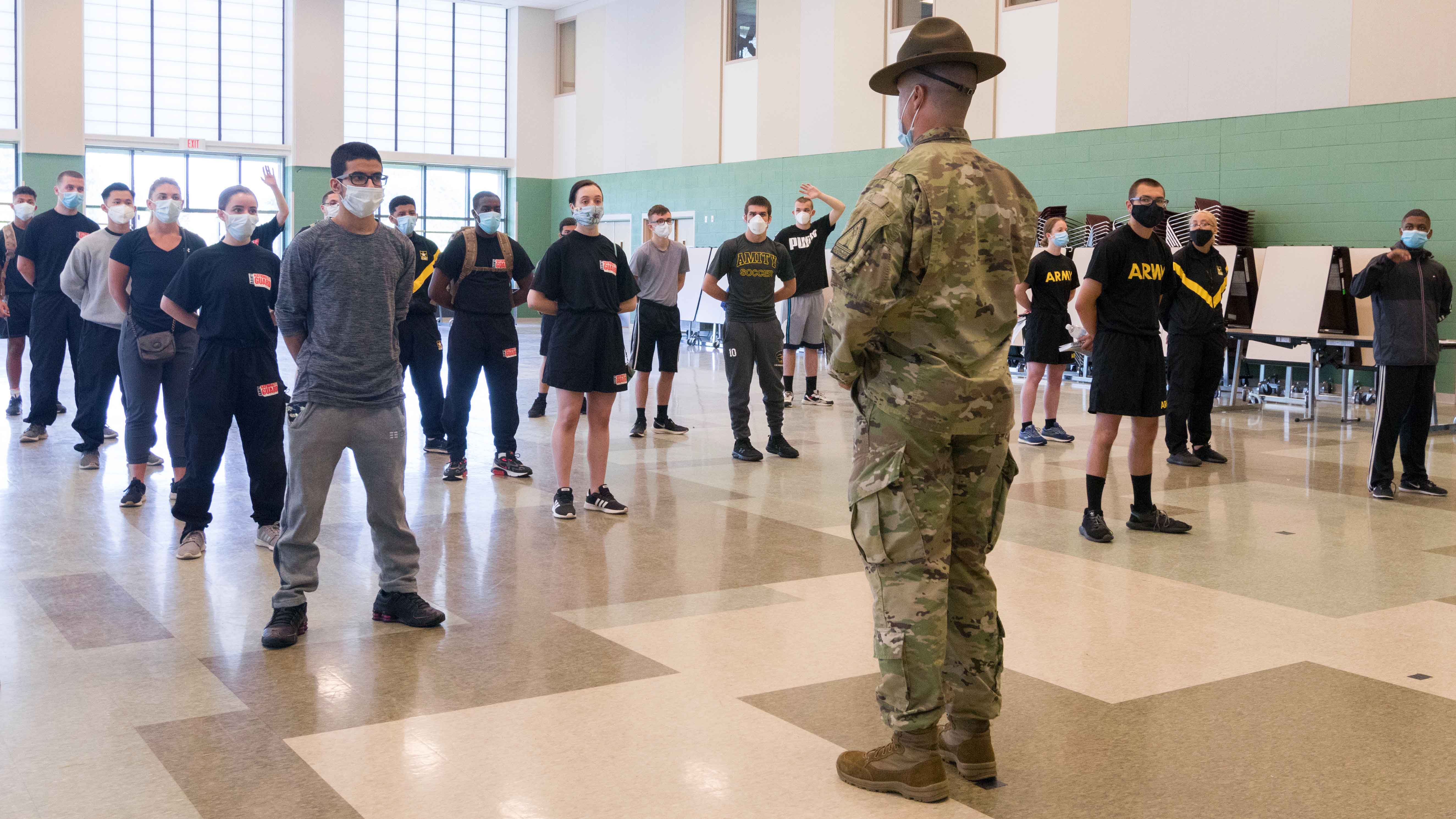 The Army National Guard expects to meet its recruiting goal this year, even though a senior official said the component has been grappling with many of the same challenges faced by the Regular Army and Army Reserve.

Gen. Daniel Hokanson, chief of the National Guard Bureau, said the Army National Guard is “in a pretty good spot today … at about 99% strength” for the current recruiting year.

But he also acknowledged that private sector businesses have begun laying down hurdles by offering many of the benefits once only provided by the military, such as educational opportunities, signing bonuses and other enticements.

National Guard recruiting is keeping up because it is “very localized” and many of the units have been in a community for a long time, Hokanson said. Generations of family members who “see the value that that provides” help maintain a strong tradition of serving, he said May 9 during a webinar hosted by the Heritage Foundation.

In the current recruiting environment, he said, the National Guard is keen to draw the interest of non-prior service individuals, people “coming straight off the street,” which is where the competition with the private sector comes in, as well as a dearth across the nation of those willing to serve or fit to serve.

Describing a typical National Guard recruit as being part of a “unique group,” Hokanson said recruiters “look out for those people that do want to have that civilian opportunity, but then also want to serve their country, and in many cases, they want to live where they live today or near their family.”

“There's a lot of competition for those folks,” he said. “Ultimately, as we get toward the end of the [fiscal] year, we'll kind of see where we're at.”

In fiscal 2021, the National Guard met its end strength goal in May rather than September, which is more the norm, Hokanson said. Meeting that goal, he said, was not a given because of the COVID-19 pandemic and meeting it in May was “unprecedented.”

“Many people that were serving in the Guard decided to reenlist, and it was much higher than we had predicted, so that was a great benefit to us,” he said.

As for the effort to reach new recruits, he said, “we're doing everything we can to reach out to them because we think we're a great team, and we'd love to have great teammates.”