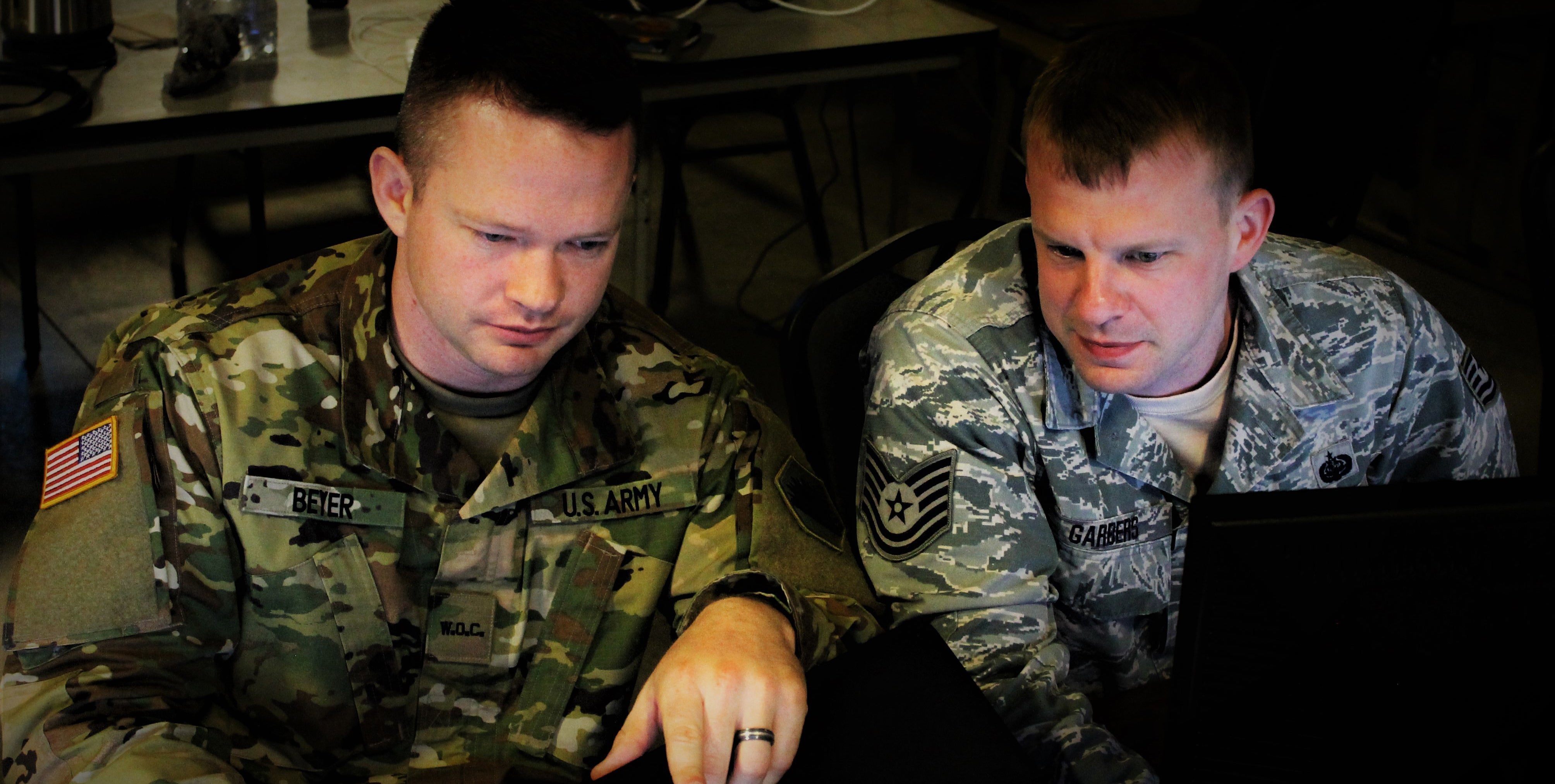 Cybersecurity is a relatively new domain, but one of increasing importance and one where the Guard has seen growing involvement. “When I first joined the National Guard, cyber was not part of our vocabulary, but certainly now it is,” Lengyel said.

“The Army National Guard’s role in national cybersecurity provides a larger blanket of protection against our adversaries,” Hokanson said.

Guard soldiers and airmen in Illinois are also forming a cyber task force to assist their states in the event of a domestic cyberattack, Lengyel said.

Several school districts and counties or parishes in Texas and Louisiana were targeted over the summer by ransomware attacks, malicious software designed to block access to a computer system until a ransom is paid. The Guard response helped ensure the schools opened on time and government employees were able to get back to work, Lengyel said.

“[Ransomware] is obviously a new and emerging kind of enterprise. We are able to access superb civilians and skill sets, and they can bring capabilities that the military sometimes does not have,” he said, adding that many Guard members have cyber-related civilian jobs.