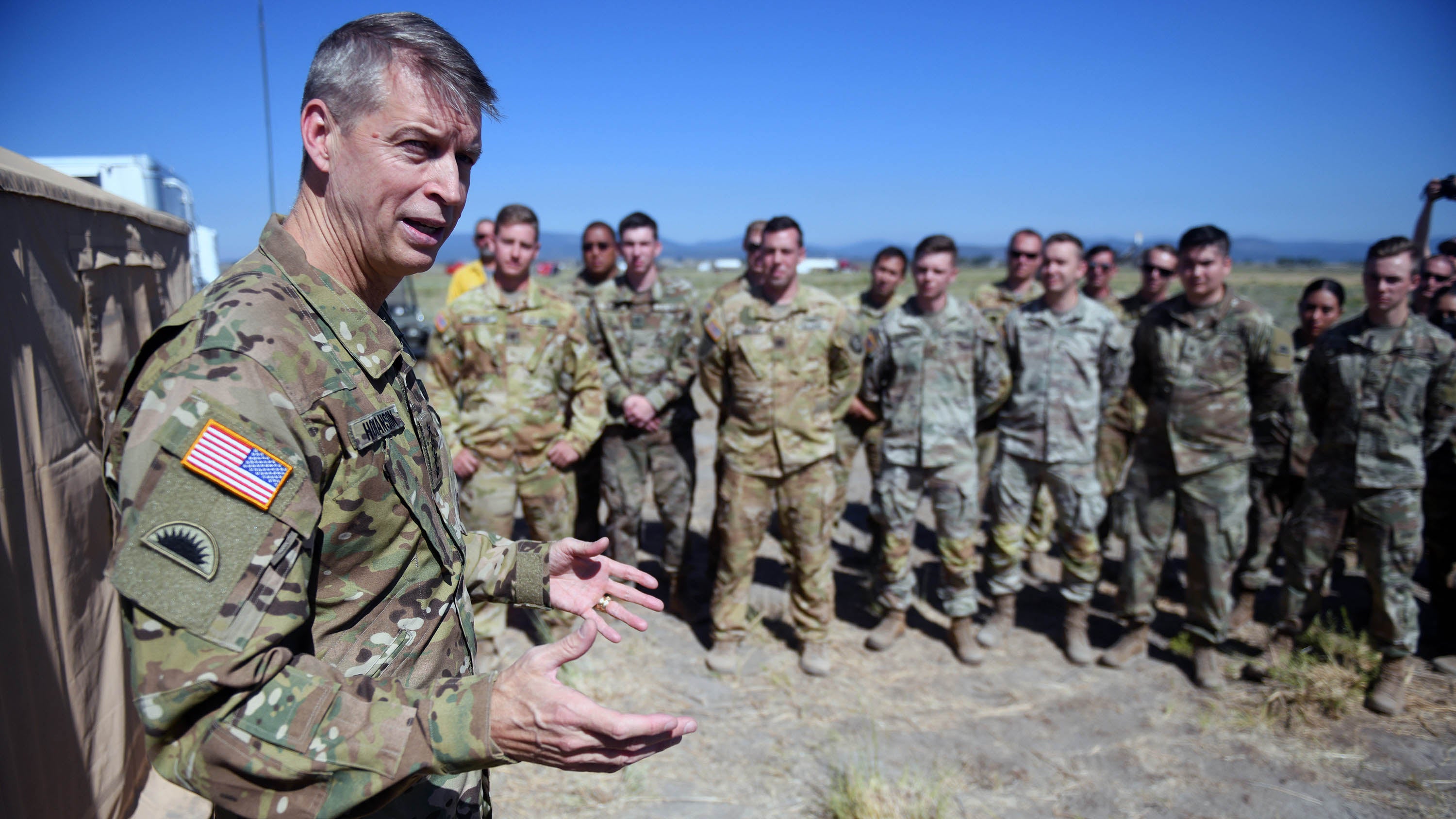 As part of an ongoing effort to improve service members’ quality of life, a plan is in the works to allow some National Guard troops assigned to national-level positions to telework from their home states.

Gen. Daniel Hokanson, chief of the National Guard Bureau, said an operational team has been working on the telework plan “for a couple of months” and should have a solution early next year.

When implemented, the plan would affect about 10% of the Army and Air National Guard members, or some 200 people, who work in the Washington, D.C., area. During the COVID-19 pandemic, he said, 90% of the Guard workforce was teleworking.

“Right now, what we have to do is look at the legalities of being in a Title 10 [federal] status in a Title 32 [state] position,” Hokanson said during a recent meeting with media hosted by the Defense Writers Group, part of the Project for Media and National Security at George Washington University in Washington, D.C.

Pointing out that living in the Washington area is expensive, Hokanson said the proposed plan would allow some soldiers to get the national-level experience needed to enhance their careers without having to uproot families who might be flourishing in a job or school or caring for parents or relatives in their home states.

Teleworking would allow some soldiers “to do a Title 10 federal mission where they are in Wisconsin, Iowa or Idaho, and to stay in their community, perform a function that you don't need to be physically here [in Washington] to do and then contribute,” he said.

The teleworking plan is part of an effort by Hokanson to reform and modernize the way the National Guard functions. He expects to have “an answer” as early as January.

“When you look at today’s competitive environment for employment, I think that’s the first step,” Hokanson said of the telework initiative. “If there’s things that we don’t need folks to physically be here to do, I’ll continue to push that number as high as we can get it.”

Reform is one of four priorities Hokanson outlined in August at the National Guard Association of the United States General Conference in Las Vegas. With people as his top priority, Hokanson wants to ensure that soldiers have access to health care coverage and proper compensation for time spent on mandatory requirements, such as professional military education, that fall outside of drill weekends and annual training.

In addition to people and reform, Hokanson’s other two priorities are readiness, including the ongoing process of aligning the National Guard’s eight division headquarters with brigade combat teams and support brigades, and modernization, for which he is developing a 25-year strategic plan for the Guard’s major weapons systems.

“We are working with the senior leadership of the Army and the Air Force to ensure National Guard force structure and equipment is included in future force design and modernization,” he said at the August conference.