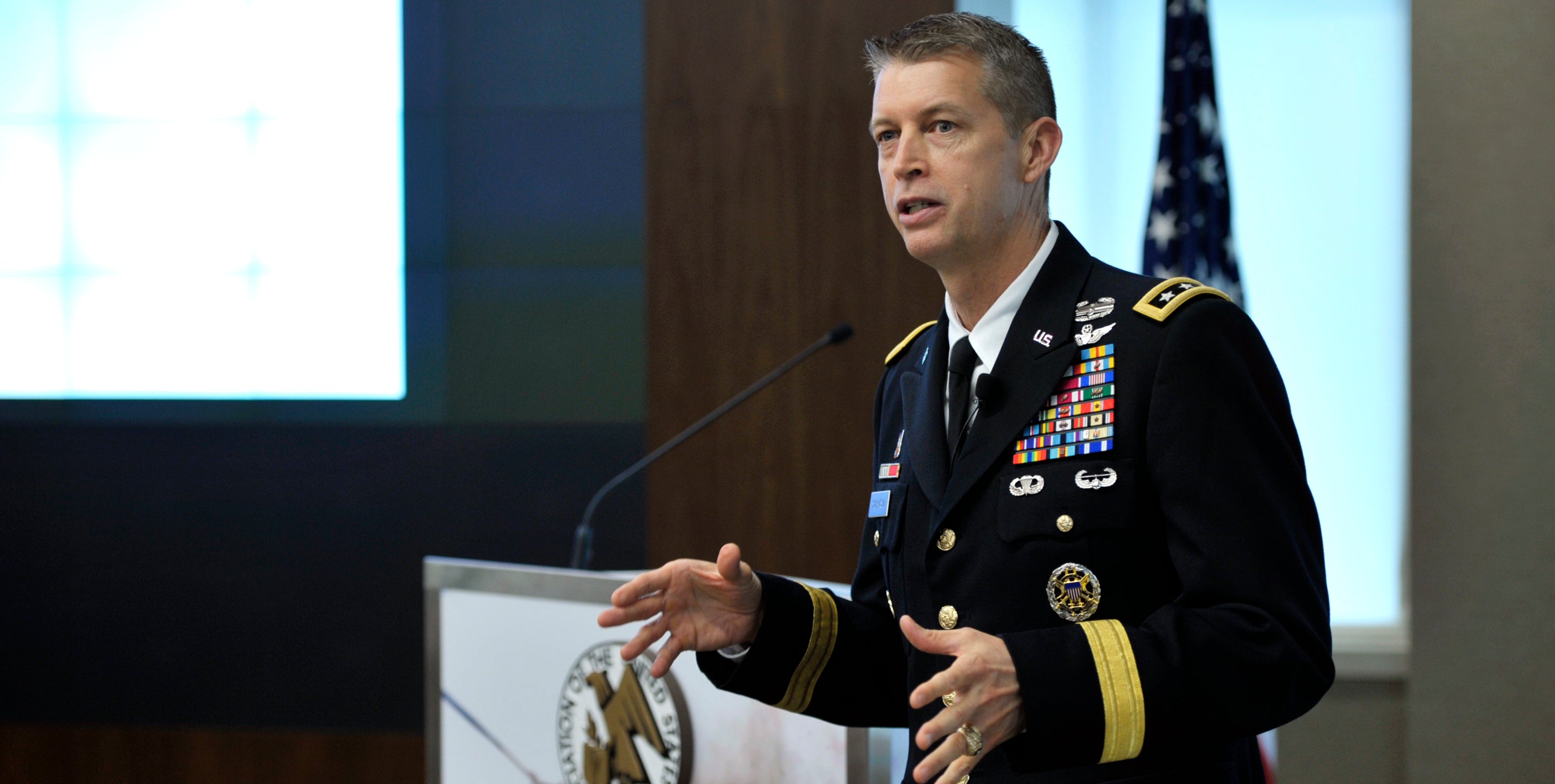 Efforts are underway in the Army National Guard to improve Total Army combat readiness, the National Guard Bureau’s vice chief said at a breakfast sponsored by the Association of the U.S. Army’s Institute of Land Warfare.

One idea is to try to increase authorized manning levels of Army Guard units to compensate for the fact that some people are assigned to jobs for which they are not yet trained, Lt. Gen. Daniel R. Hokanson said. Guard policies assign every new soldier to a specific position in a unit as soon as they are recruited, which means there are almost always new soldiers who have not been trained for the position although the units appear fully manned, he said. Increasing manning levels so units could be at more than 100 percent of their authorized strength would allow for better trained and ready forces, Hokanson said.

Additionally, Army National Guard units are training to cut mobilization time so they can prepare faster when called, and are looking to see what Regular Army missions could be backfilled by Guard units to reduce the burden on active forces.

Hokanson came to the National Guard Bureau in November after an assignment as the U.S. Northern Command’s deputy commander. He previously served as the Oregon National Guard’s adjutant general.

The breakfast was held in AUSA’s General Gordon R. Sullivan Conference and Event Center in Arlington, Va. A list of other planned events is located here: https://www.ausa.org/meet