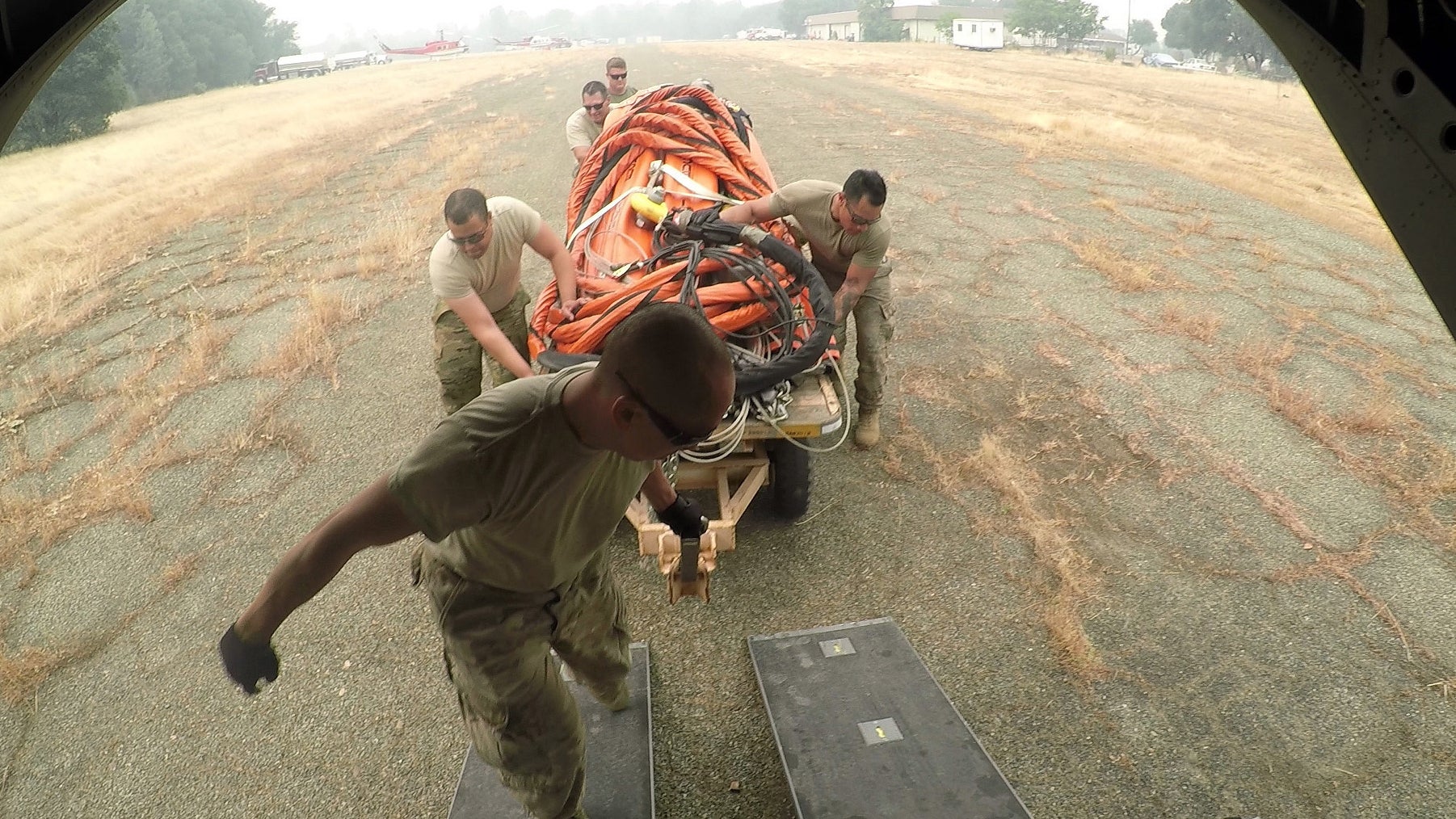 With only 30 percent of a Northern California wildfire contained, the California Army National Guard is adding artillery, cavalry and infantry troops to the police, engineers and aviators already mobilized to fight the Carr Fire.

National Guard members from other states are also pitching in.

In one week, the fire near Redding covered 112,000 acres and destroyed more than 1,000 structures, many of them homes burning in minutes in a fire spread by high winds. There have been six deaths and at least four people are unaccounted for after the fast-moving fire swept through the city.

Traffic control is one of their major missions, but soldiers are also helping move and load 2,000-gallon buckets used to drop water from Chinook helicopters onto hot spots. Aviation assets from the 126th Aviation Battalion have been working out of the Shasta District Fairgrounds in Anderson, Calif.

In some cases, National Guard troops shared shelter with horses and other farm animals evacuated from the sprawling danger area.

The fire has been described as one of the most destructive in California history, and is just one of 17 wildfires in the state.