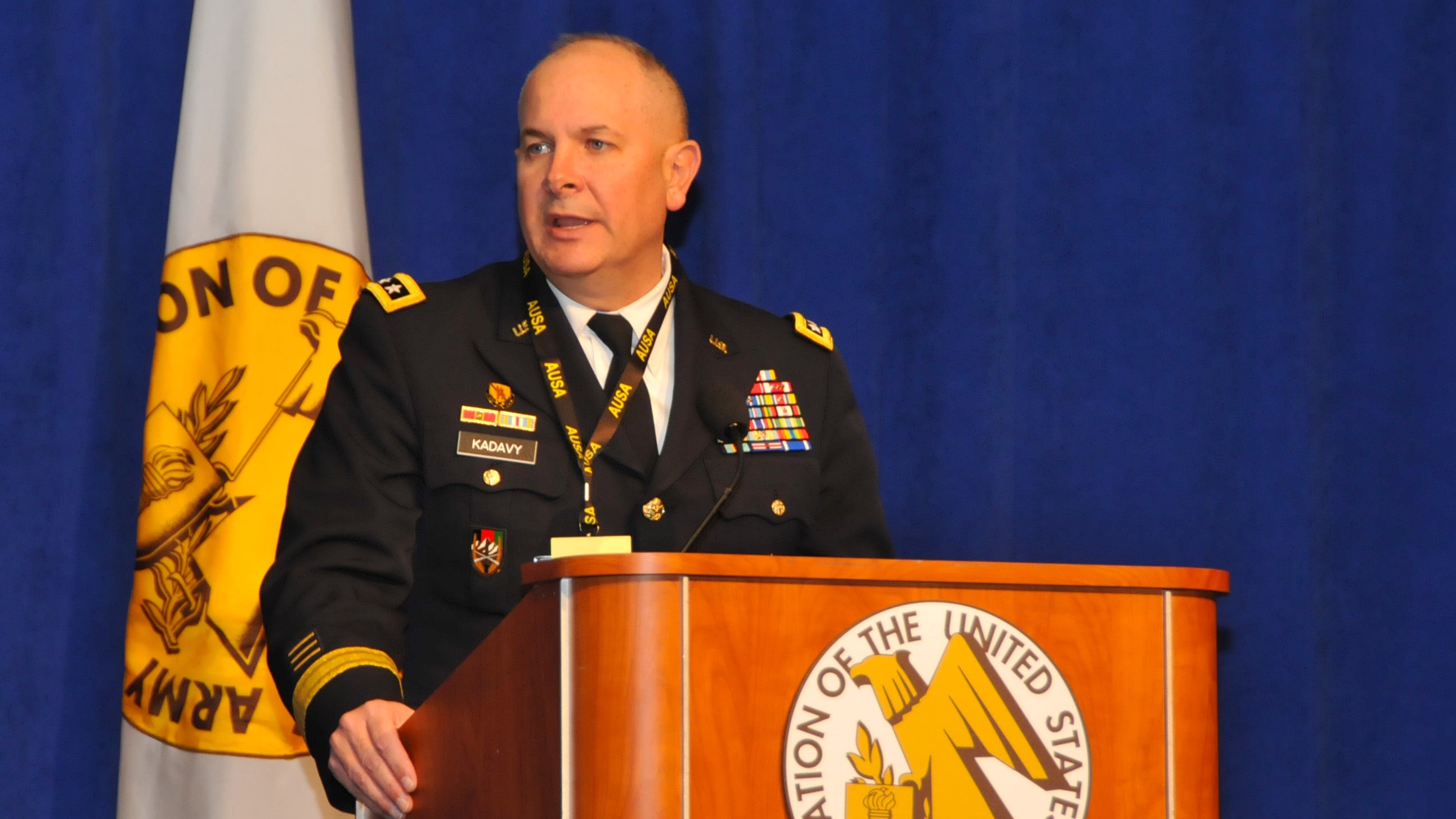 Concerned about the higher number of training and operations days many of its citizen-soldiers are racking up on the road to readiness, the Army National Guard is reviewing its policy on the requirements that have been in place for years.

As the Army National Guard continues to become more integrated with the Regular Army, training and operational requirements have increased and the traditional 39-days a year the Guard’s soldiers used to be able to count on is no longer the norm, Lt. Gen. Timothy J. Kadavy, director of the Army National Guard, said at a panel discussion on building enhanced readiness in the National Guard during AUSA’s Annual Meeting and Exposition in Washington, D.C.

Kadavy made his point when, seeking a show of hands from an audience of about 200 for anyone who’d worked just 39 days in the past year, not one hand went up.

“For years we’ve always tracked our operational tempo by units. But because of [combat training center] rotations … and large-scale exercises similar to what the Indiana National Guard’s 76th Infantry Brigade Combat Team did in Pacific Pathways, it’s becoming more and more apparent to me and to Army Guard leadership that we’ve got to track this and make some decisions related to when a soldier is doing too much,” Kadavy said, expressing his concern that the sacred bond the National Guard must have with soldiers’ families and employers is at risk.

He said “somewhere along the way, leaders have to make decisions and leaders have to be informed. We are going to put together a policy to track perstempo,” he said, in reference to the number of days soldiers spend away from home.

Kadavy suggested a brigade commander should review instances where soldiers do more than 60 training days a year; a division commander should review instances of around 70 days on duty; and that an adjutant general should get involved in cases where a soldier works 75 to 80 days a year “because it’s hard to maintain a family and civilian employment when you’re doing that number of days,” he said.

“A level of sustained and predictable readiness that enables us to meet timelines is the new norm,and I personally don’t believe we’re going to be going back,” Kadavy said. He put forth that he believes this norm is “part of the evolution for the strategic reserve, the operational reserve to now be truly part of the operational force.”