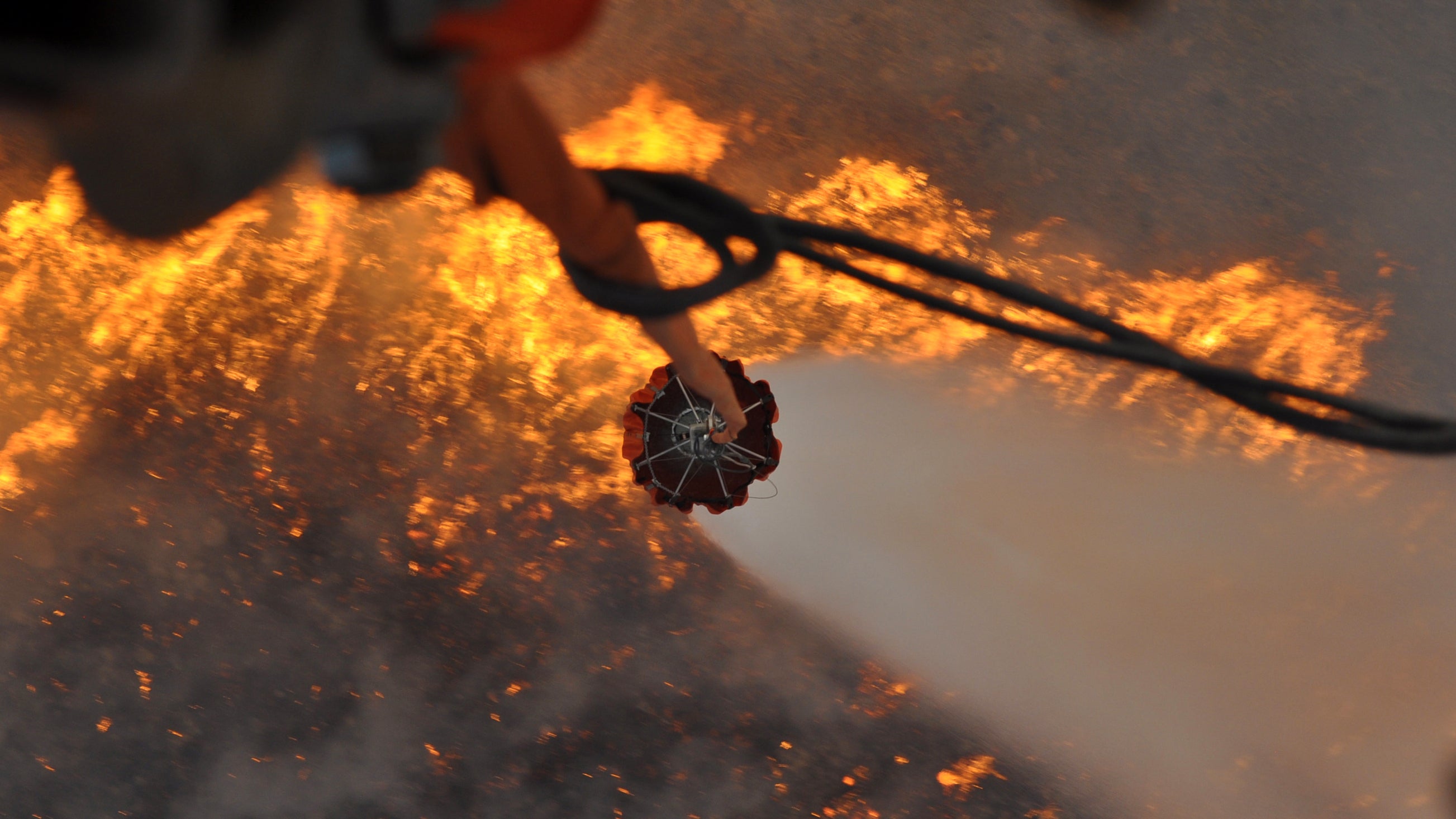 Amid a pandemic and busy hurricane season, the National Guard is also taking on the fight against devastating wildfires throughout the West Coast.

Soldiers and airmen from several states have mobilized to help local fire departments battle wildfires burning across Washington, Oregon and California since August.

As of Sept. 22, about 1,400 Guard troops—including more than 1,000 soldiers—were supporting wildfire operations in northern and central California.

The California National Guard is using several of its helicopters for water drops and medevac operations, as well as four C-130 aircraft  for fire retardant drops, and four other aircraft for fire mapping and damage assessment, according to information from the California Guard.

The Guard has roughly 30 so-called hand crews, totaling about 800 troops, helping fire personnel on the ground by making fire lines to contain and control the flames, removing debris and brush and putting out embers.

In Washington, more than 50 Guard troops from the Washington National Guard are serving as hand crews to support the Department of Natural Resources as the state continues to fight 13 large fires.

Meanwhile, Guard soldiers and airmen across the country continue to support COVID-19 response efforts, as well as hurricane response and recovery efforts in southeastern U.S. after hurricanes Laura and Sally.

According to the National Guard, more than 63,500 Guard troops are currently on duty responding to wildfires, COVID-19 efforts, hurricanes and overseas deployments.

Defense Secretary Mark Esper, who recently met with California Guard members, thanked the National Guard for its efforts over the past nine months.

“Hats off to the National Guard,” Esper said Sept. 24 during a virtual DoD town hall. “Thank you for what you do. It’s been a busy year for you, but we deeply appreciate all that you’ve done.”