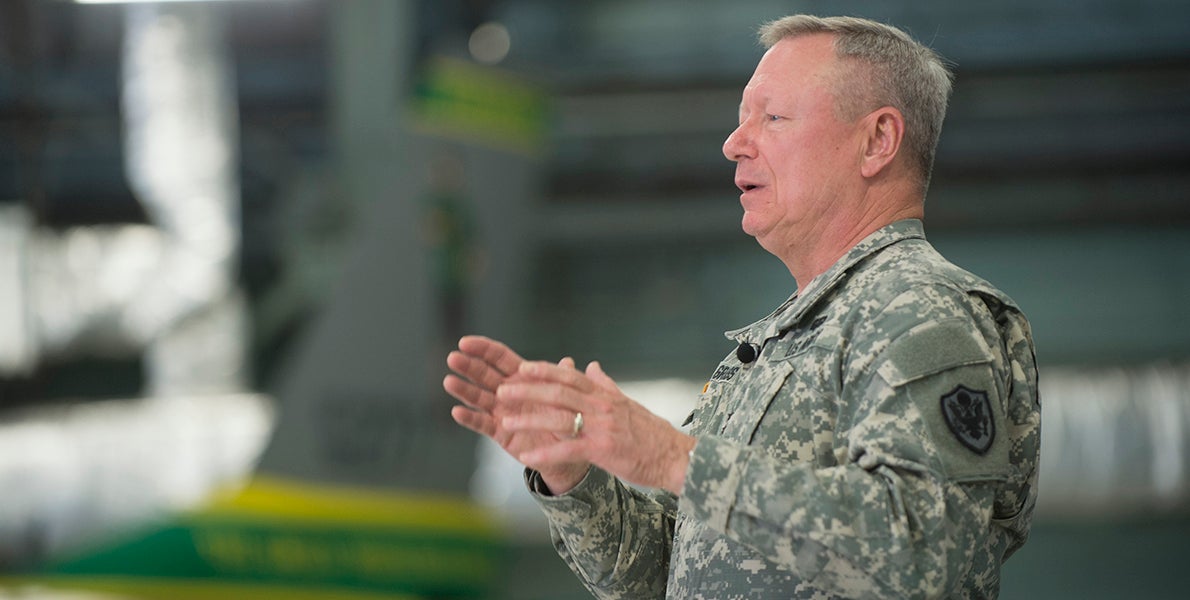 Army Gen. Frank J. Grass stepped down as chief of the National Guard Bureau during a ceremony at the Pentagon on Aug. 3. Defense Secretary Ash Carter commended Grass for “tirelessly” supporting the Guard and all who serve in it over his 47-year career.

Grass, 65, who led the National Guard Bureau since September 2012, was succeeded by Air Force Gen. Joseph L. Lengyel, who had been the bureau’s vice chief. Grass is due to retire shortly.

Grass “helped increase our rapid-deployment capability to respond to any crisis, and strengthened the Guard’s partnerships at the local, state, federal and international levels,” Carter said. “He’s been a strong and steady voice at the table for the men and women of the National Guard, because for his entire career he has personified the finest qualities of our citizen-warriors.”

In his remarks, Grass had positive words for the 453,000 soldiers and airmen in the National Guard: “In the 47 years that I have served, I have never seen a force so dedicated, so equipped, so trained, as this force today. The first reason they do this is so their children and grandchildren can live in a country like they grew up in. I salute them all.”

The increasing importance of the National Guard to the overall military mission as the active-duty force has shrunk in recent years is one of the reasons that the position of National Guard Bureau chief was elevated to the Joint Chiefs of Staff in 2012, with Grass the first Guard leader to serve a full term in the JCS “tank,” Carter said.

“Gen. Frank Grass has led this historic transition with character and skill,” Carter said. “The more deeply integrated the Guard becomes in all facets of planning and execution, the better prepared the nation becomes.”