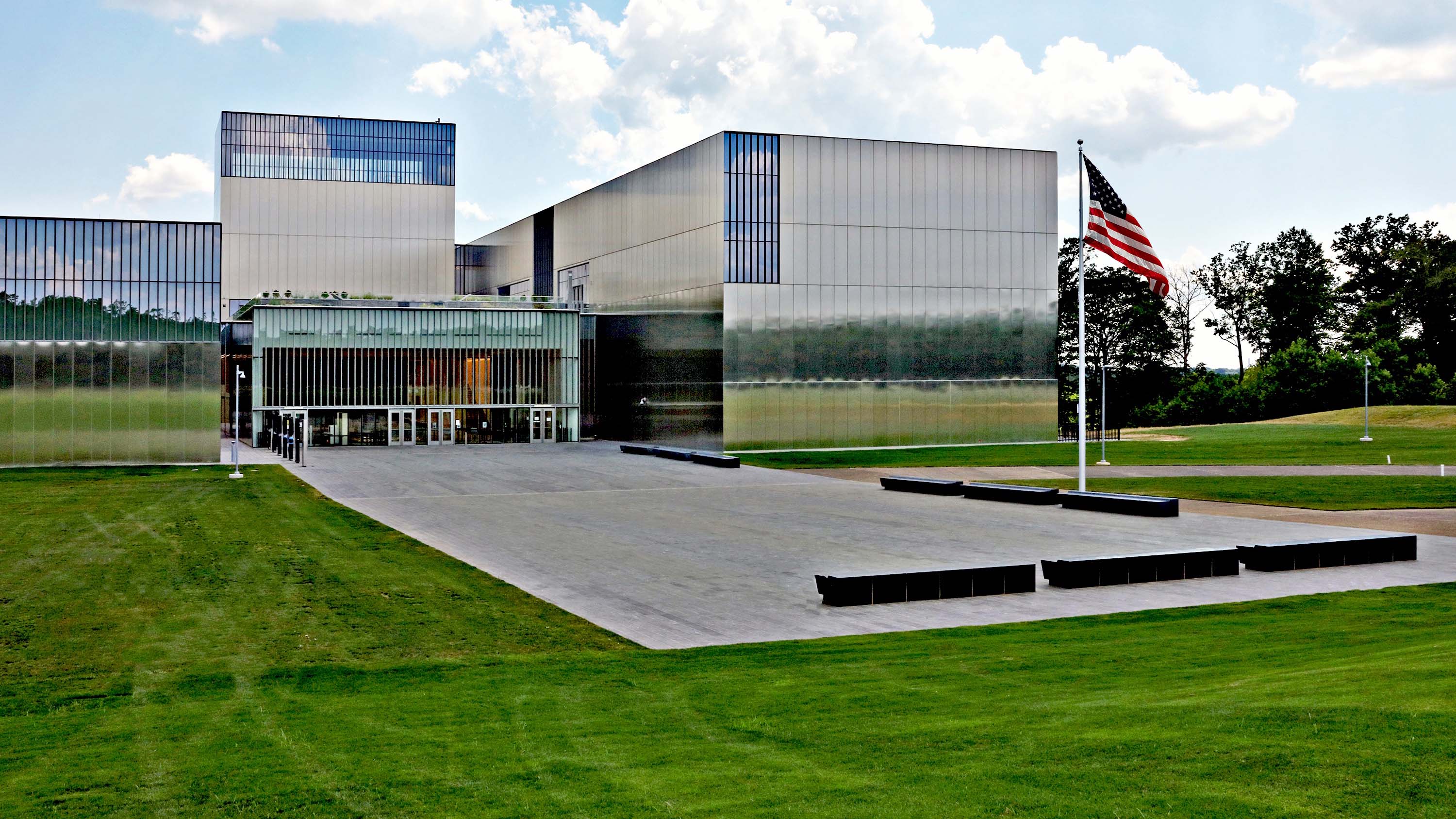 The National Museum of the United States Army was awarded the prestigious Jinx Hazel Award at the 2021 ArtsFairfax Awards.

The award was presented by the arts agency of Fairfax County, Virginia, where the museum is located, and it honors organizations and people “whose vision and commitment has helped shape local cultural life,” according to an Army museum press release.

The five-story, 185,000-square-foot National Museum of the United States Army at Fort Belvoir, Virginia, tells “the comprehensive story” of the Army over 245 years of history and honors past, present and future soldiers, according to the museum website.

With its distinctive stainless steel and glass exterior, a black granite wall engraved with every Army campaign throughout history, a 21-foot Army emblem inlaid in the terrazzo flooring and 11 experiential galleries, the museum has been praised for its award-winning architectural design.

Art has long been inextricable from conflict, Tammy Call, the museum’s director, said in an awards ceremony video.

“The Army has deployed artists in support of our soldiers in all of our conflicts since the Civil War,” Call said. “The museum coming online brings … a fantastic public facility that explores the American soldier.”

The Army has been officially using art to tell the stories of combat since World War I, according to the Army Center of Military History. It began with eight artists during World War I who were commissioned to record the activities of the American Expeditionary Forces.

The National Museum of the United States Army opened on Nov. 11, 2020. It closed briefly as a COVID-19 public health precaution and reopened on June 14, the Army’s 246th birthday.

Soldiers and their stories are central to the museum, said retired Lt. Gen. Roger Schultz, president of the Army Historical Foundation.

“Embedded in all of the art that you see in our museum are stories about soldiers and about our Army. It’s an appreciation for a soldier, a family who have sacrificed, in some cases … their all,” Schultz said. “That’s the essence, an appreciation for the selfless duty of millions of soldiers.”

For more information on the National Museum of the United States Army, click here.