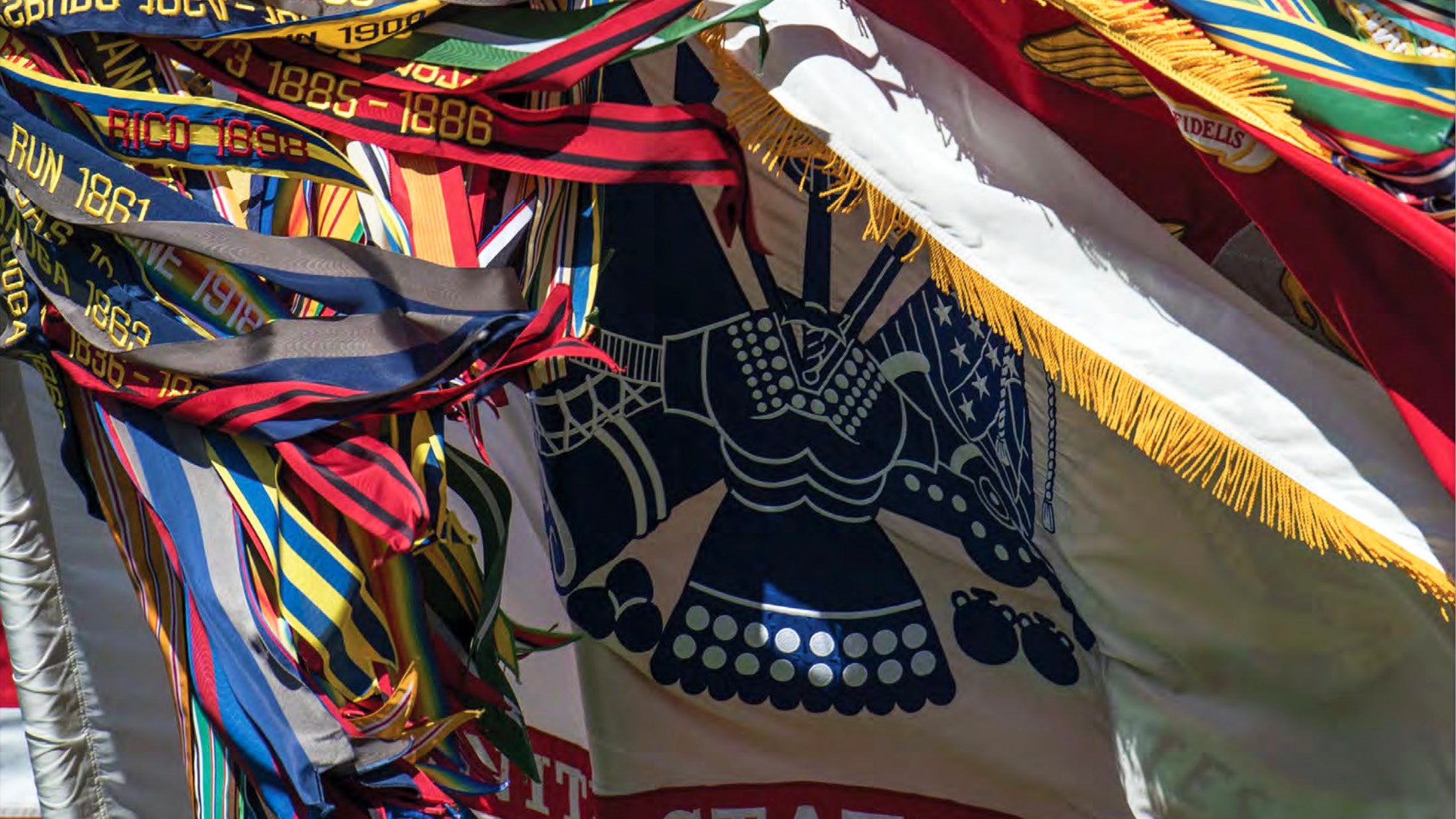 Photo by: The Naming Commission

The final Sept. 19 report to Congress recommends allowing the 29th Infantry Division, now part of the Virginia National Guard, to keep its famous blue-and-gray patch created in 1917 but erase any mention of the Civil War and reunification of northern and southern states from its description at the Army’s Institute of Heraldry. Commissioners said the 29th Infantry should keep the patch in recognition of its World War II service as part of the first wave of D-Day landings and for its service in France in World War I when it suffered a 30% casualty rate in the Meuse-Argonne offensive.

In a similar effort to reach balance, the commission addresses the location of the Confederate Memorial in Section 16 of Arlington National Cemetery with a recommendation to remove the 32 life-sized bronze statues from the top of the monument but not remove the entire monument because doing so might damage graves under the structure.

The timing of the name changes remains unclear. The 2021 National Defense Authorization Act says an implementation plan for the changes must be submitted to Congress no later than Jan. 1, 2024, but it doesn’t give a deadline for the actual renaming.

The Army owns 32 active landing craft, including five that have Confederacy-affiliated names based on Civil War battles that the commission recommends should be renamed. They are the Aldie, Chickahominy, Harpers Ferry, Malvern Hill and Mechanicsville. The commission doesn’t suggest new names.

One final matter involves Fort Belvoir, Virginia, named for a plantation that once occupied the land. Belvoir has ties to the Confederacy but was not named in 1935 in direct commemoration of the South. The commission was not given authority to rename Fort Belvoir, which was previously known as Fort Humphries, but the commission believes it should have a new name. The report “strongly encourages” the defense secretary and Army secretary to review the history of the installation, noting it was the site of the celebration of Confederate Memorial Day.

The commission’s reports are available here.