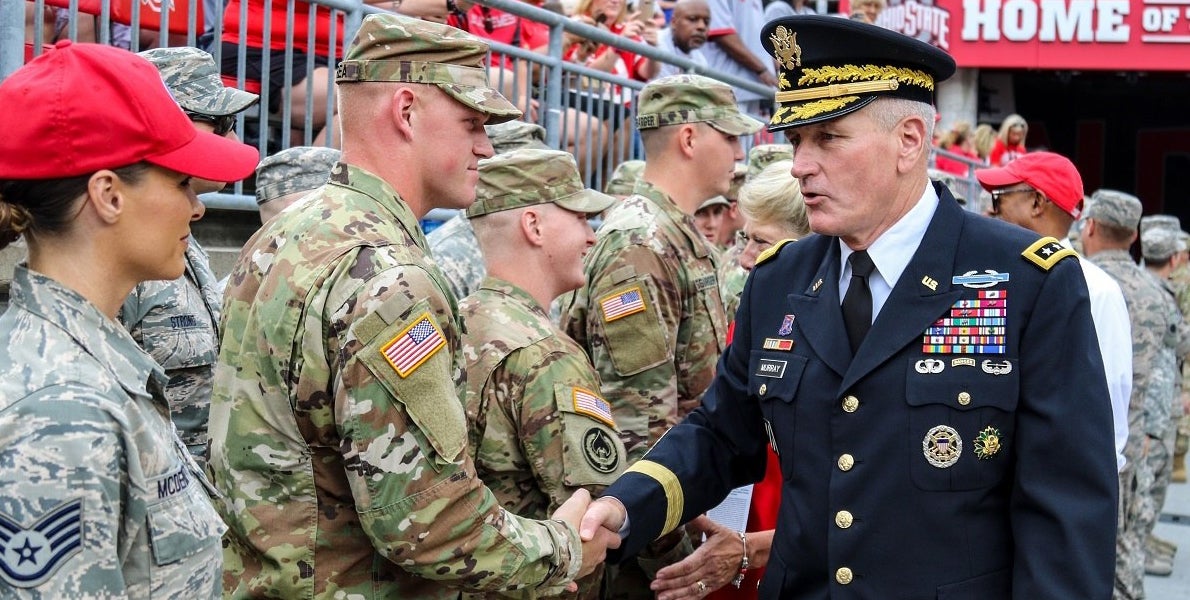 The Army has selected Lt. Gen. John M. Murray to head the Army Futures Command, a four-star position leading a critical capabilities modernization effort that will be headquartered in a University of Texas building in Austin.

Murray’s nomination was received July 16 by the Senate Armed Services Committee, which has not yet scheduled a confirmation hearing.

An infantry officer commissioned in 1982, Murray is an Iraq and Afghanistan veteran who is currently serving as the deputy chief of staff for programs, G-8. He is a native of Kenton, Ohio.

A combination of problems has deferred and halted progress on improving capabilities while potential adversaries have made gains, he said. Catching up will require a multiyear effort, he said.

“The American people expect their Army to win,” Murray said. “Meeting this expectation requires the Army regain and maintain overmatch against any peer threat.”