Murray to Get 4th Star Before Futures Command Activation

Murray to Get 4th Star Before Futures Command Activation 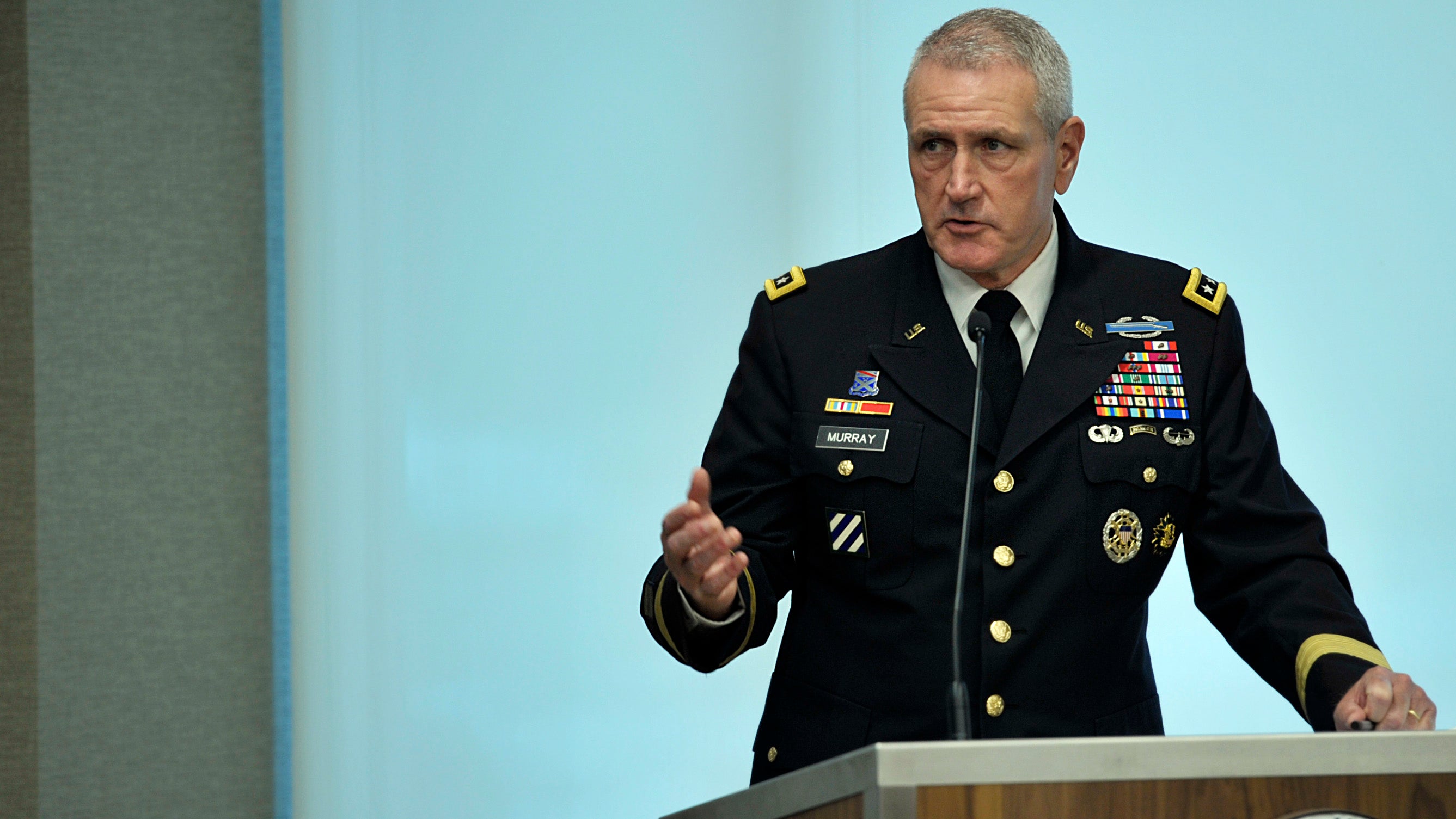 The nomination of Lt. Gen. John M. Murray to receive a fourth star and become the U.S. Army Futures Command’s first commanding general has been approved by the U.S. Senate.

Formerly deputy Army chief of staff for programs, Murray was nominated in July to lead the new Austin, Texas-based command, a four-star position where he will lead a critical capabilities modernization effort.

Senate action on his nomination came just in time for Murray to be part of an Aug. 24 reception in Austin to mark the arrival of the command. The reception will be hosted by the Association of the U.S. Army and AUSA’s Texas Capital Area Chapter.

The native of Kenton, Ohio, is expected to receive his promotion to four-star general just before the reception and activation ceremony, said Col. Patrick R. Seiber, Futures Command spokesman.

Establishing Futures Command marks the biggest organizational change for the Army since 1973. Focused on getting new weapons and technology into the hands of soldiers with minimum fuss and delay, the organization is designed to take advantage of technological innovation, make greater use of prototyping and take a little risk in a weapons acquisition system that has traditionally been risk-averse.