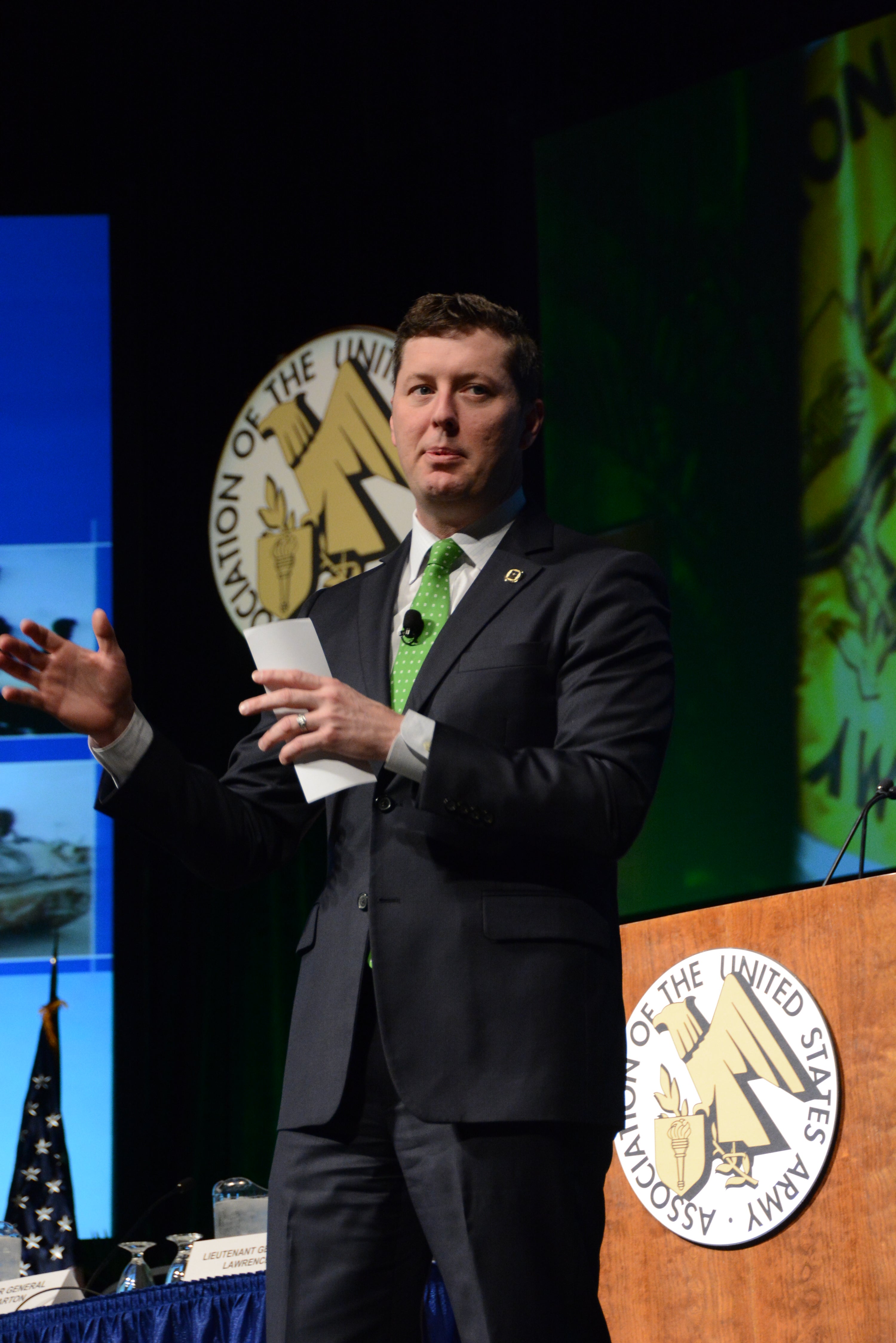 Acting Secretary of the Army Patrick J. Murphy praised the Association of the U.S. Army and its president in a March 17 speech during the final day of AUSA’s Global Force Symposium and Exposition, an event attended by about 6,000 people.The Army faces a difficult time, with a reduced budget, gaps in capabilities and shortfalls in readiness, Murphy said, noting the Army budget has declined 40 percent in the past five years. “The world is a volatile place, and our nation continues to ask our military—especially our Army—to step up to the plate,” he said.Murphy, a third-generation soldier who served in Iraq and a former instructor at the U.S. Military Academy, now serving as the Army’s top civilian official, called AUSA “the strongest association supporting our Army,” and said retired Army Gen. Gordon R. Sullivan is a perfect example of what it means to be a “Soldier for Life” after 36 years in the Army and 18 years as AUSA president and CEO.“You have been a mentor of mine. I will never forget it,” Murphy said of Sullivan. ”You have always been with me every step of the way to guide me. Thank you very much.”Sullivan announced March 15 that he will step down as AUSA’s leader on July 1, with retired Army Gen. Carter F. Ham named as his successor.The Army has many needs, but improving readiness is the top priority, Murphy said. “We have to find ways to do everything possible to maintain that readiness, to grow that readiness.”If funding remains limited, the Army will need innovation and increased efficiencies to achieve higher readiness levels, Murphy said. Improving readiness now could reduce the cost of future training, he said.This also means the Army needs to look at linking expenditures to future requirements, not past spending, Murphy said.