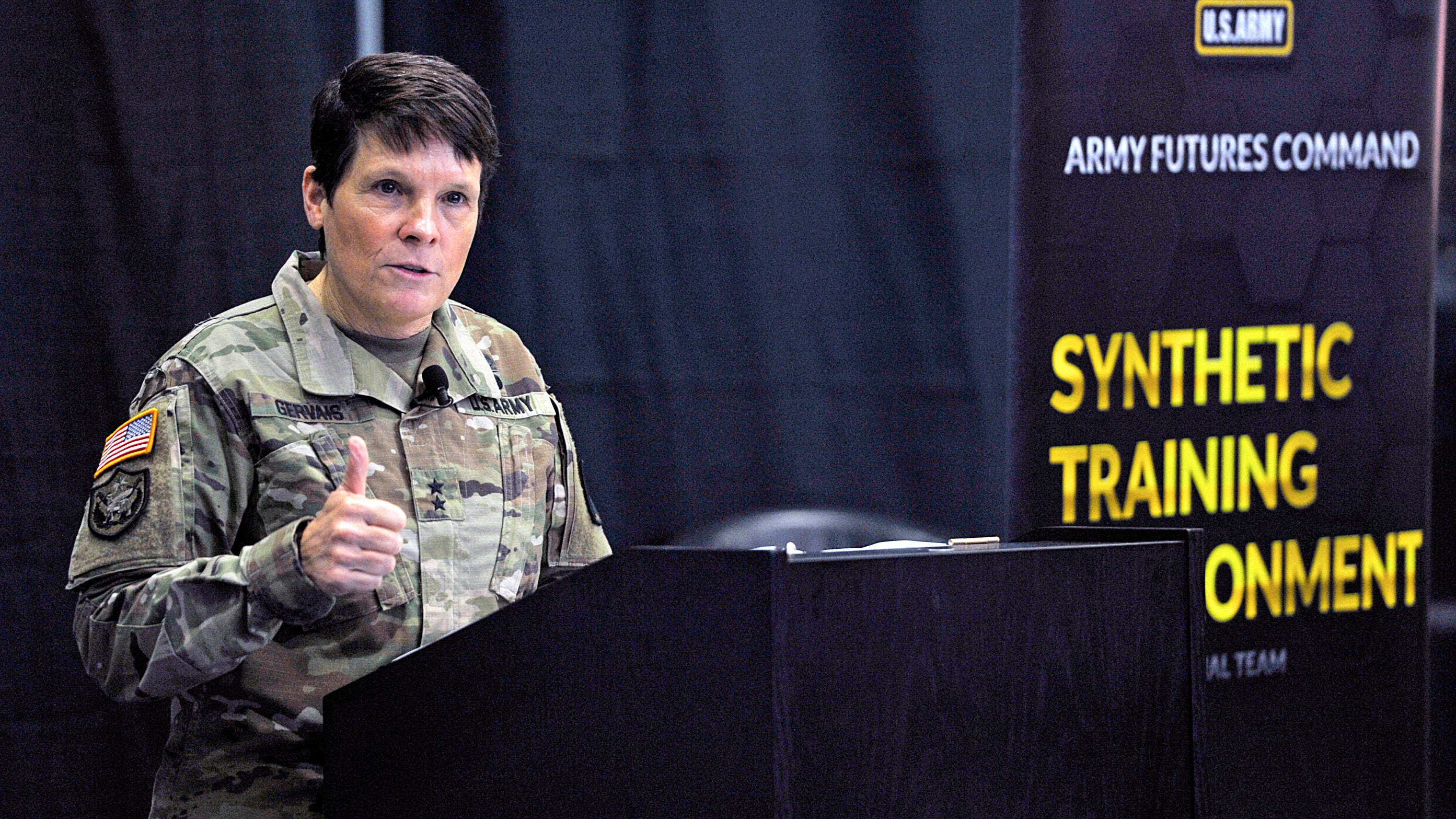 The Army has fielded more than a third of its new Squad Advanced Marksmanship Trainers to maneuver units and special operations forces, moving closer to its goal of modernizing its simulated training capabilities.

By the end of 2019, the Squad Advanced Marksmanship Trainer is slated to be fielded to 28 locations, said Maj. Gen. Maria Gervais, deputy commanding general of Combined Arms Center-Training and director of the Synthetic Training Environment Cross-Functional Team.

Soldiers with the 10th Mountain Division (Light Infantry) at Fort Drum, New York, were the first to receive the trainer, a virtual simulator in which individual soldiers or soldiers in a team or squad move to contact in a variety of scenarios projected onto a life-sized screen.

Going through a marksmanship lane using simulated military equipment such as the M4 carbine, M249 machine gun and M17 handgun, the trainer allows soldiers “to conduct all kinds of drills. It also has a shoot-house view,” Gervais said.

The system will be in place at the 28 locations through about 2023, Gervais said, when a more advanced immersive training system is expected to be in place. 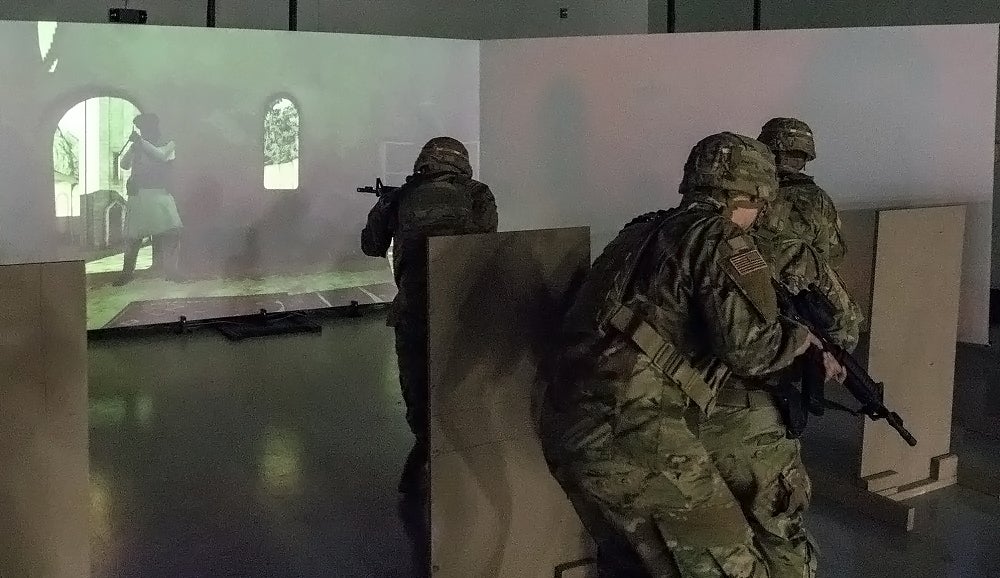