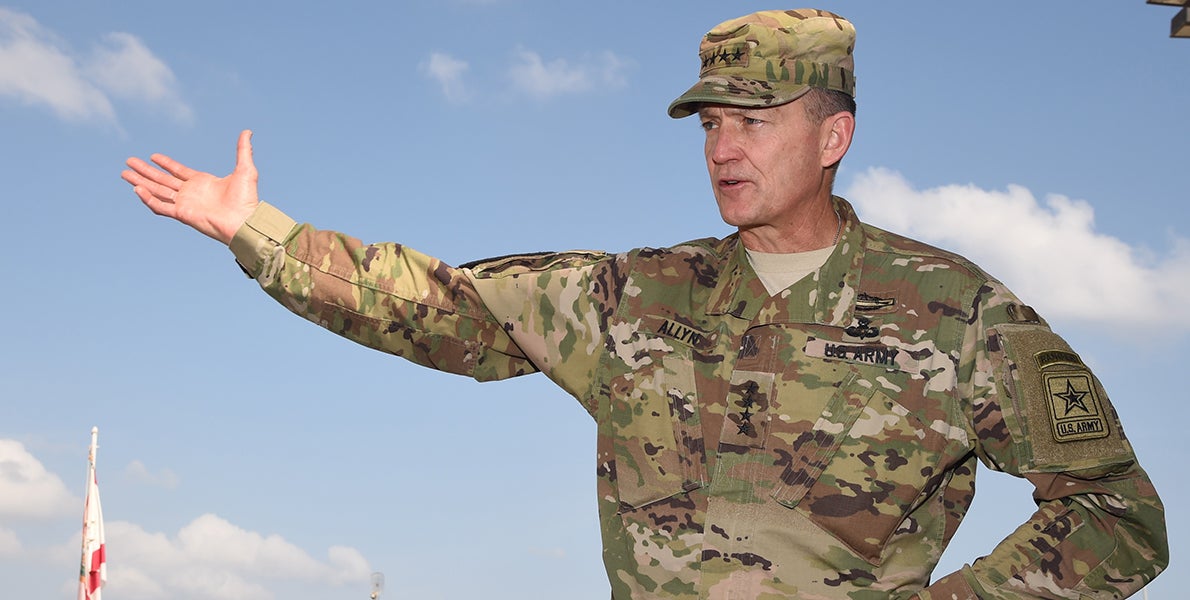 As the Army has ramped up operational use of its National Guard and Reserve units amid ongoing counterinsurgency operations, budget constraints and end strength cuts, training has become more critical than ever for all components, Vice Chief of Staff Gen. Daniel B. Allyn told a Senate Armed Services subcommittee.

“To build sufficient operational and strategic depth, the Army continues to explore ways to build increased readiness” in the Guard and Reserve, Allyn said during a Feb. 8 hearing of the readiness and management support panel.

The Army has taken other steps to shore up readiness across the force, such as its relatively new Sustainable Readiness Model that is designed to restore and maintain the core warfighting skills of units between operational missions and avoid the “readiness cliff” that can follow redeployment, Allyn said.

He implored committee members to repeal the ongoing funding caps under the Budget Control Act of 2011, calling that “the most important action you can take … that will have both positive and lasting impact” on Army readiness.