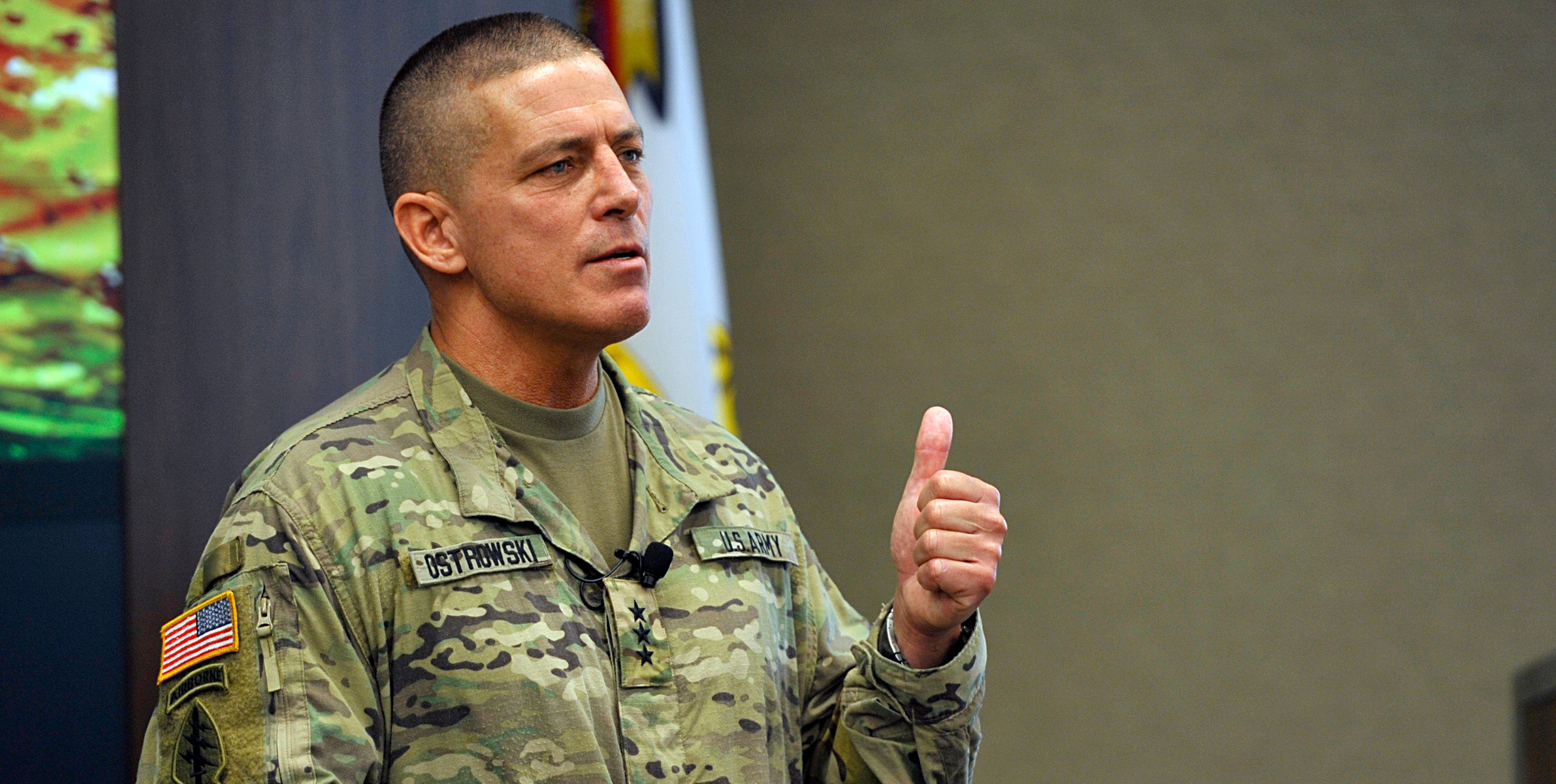 The cross-functional teams in charge of Army modernization “have made a huge difference” in the way the Army does business, slashing a bureaucratic system that kept needed equipment from reaching soldiers quickly, the Army’s acquisition, logistics and technology chief says.

“In the past, our lethargic bureaucratic process, the way we wrote requirements, were in a vacuum. They were not informed requirements,” Lt. Gen. Paul A. Ostrowski, principal military deputy to the assistant secretary of the Army for acquisition, logistics and technology and director of the Army Acquisition Corps, said at a breakfast forum hosted by the Association of the U.S. Army’s Institute of Land Warfare. The process took a minimum of two years. “We know we can’t do that anymore. Technology is advancing too fast.”

The Army Modernization Command’s six cross-functional teams, which Ostrowski’s office supports, “have made a huge difference in putting out requirements that are informed … so there’s a complete change to the way we’ve been doing business as well as putting soldiers on kit early, experimentation, prototyping, these kinds of things in terms of reforms that we’re getting after today,” he said. “We’re going to do business the way industry does.”

Ostrowski pointed out that of 23 million companies in the U.S., only 5,000 are doing business with the Defense Department. “Huge opportunities” are being missed with potential industry partners, he said. New authorities from Congress give the Army the flexibility and agility needed to “get after other nontraditional resources.”

“These partnerships between small nontraditionals and larger companies are going to be the keys to success as we go through, no doubt about it,” he said.